An Athlone barber is urging the Taoiseach to allow hairdressers and barbershops open for a two-we...

An Athlone barber is urging the Taoiseach to allow hairdressers and barbershops open for a two-week period to ‘kill activity’ in the black market.

With level five restrictions likely to continue for several more weeks, many businesses face the prospect of being unable to fully reopen until at least April or May.

There have been many reports of ‘lockdown haircuts’ being provided by some hairdressers despite shops and salons remaining shut.

Robbie Connaughton - owner of the Barber Bobs shop in Athlone, Co Roscommon - told Lunchtime Live that kind of activity needs to be stopped.

He said: “Basically out of pure frustration I wrote to the Taoiseach and members of NPHET just really requesting a two-week window where barbershops and hairdressers can open.

“It’s to allow us to operate safely… and to kill activity within the black market, which is actually contributing to the spread of the virus.

“There were no outbreaks at all in my shop when we were open, simply because the customer has their mask on for the entire duration of the visit… along with all the extra measures we have implemented.

“The longer this goes on, the more active the black market is going to get… it could be May or June before we get open.”

In his letter to the Taoiseach and NPHET, Robbie said a temporary opening window would be workable for the sector as it has no concerns about ordering in 'too much or too little stock' like other sectors do. 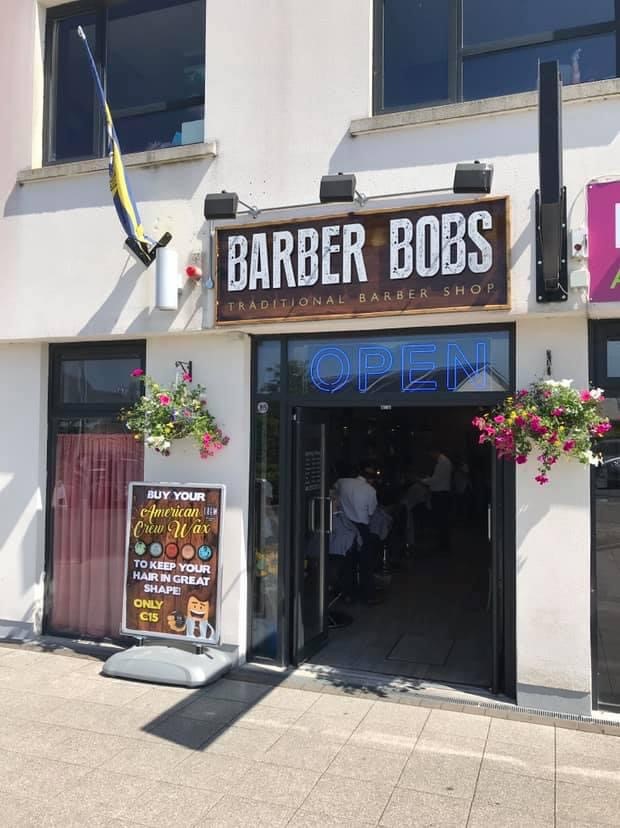 Robbie said a booking system they put in place when they first reopened meant there was no unnecessary traffic or queues within the shop.

He says while barbers are close to their clients, it’s not as close as some people would imagine.

He observed: “We’re at arm’s length - we’re standing behind them 90% of the time or more.

“I have a mask on, the client has a mask on… their [details] are being taken for contact tracing through the booking system… there’s very, very little wiggle room for an outbreak of the virus or transmission.”

Robbie said there’s no guarantee the safety precautions are being taken in the black market.

He noted there are still many frontline workers dealing directly with the public, and they “cannot be going around with three-four months of hair growth… it’s unhygienic and undignified”.

He argued: “If people are going to work feeling this stress because they’re agitated with their long hair, how do you expect to deal with the public in a meaningful way and by any way upbeat about it?

“People are already feeling distressed enough with the current circumstances.”