A mural of Greta Thunberg has been defaced in Dublin, less 24 hours after it was unveiled. The pi...

A mural of Greta Thunberg has been defaced in Dublin, less 24 hours after it was unveiled.

The piece depicts the teenage climate activist delivering part of a speech at a UN climate action summit.

Her face was spray-painted over with the words 'Slut X George Soros Slut'.

"I thought now would be a good time as, for the last year, all of the focus has been on the pandemic.

"So to try and refocus people's attention and the news on to climate change. 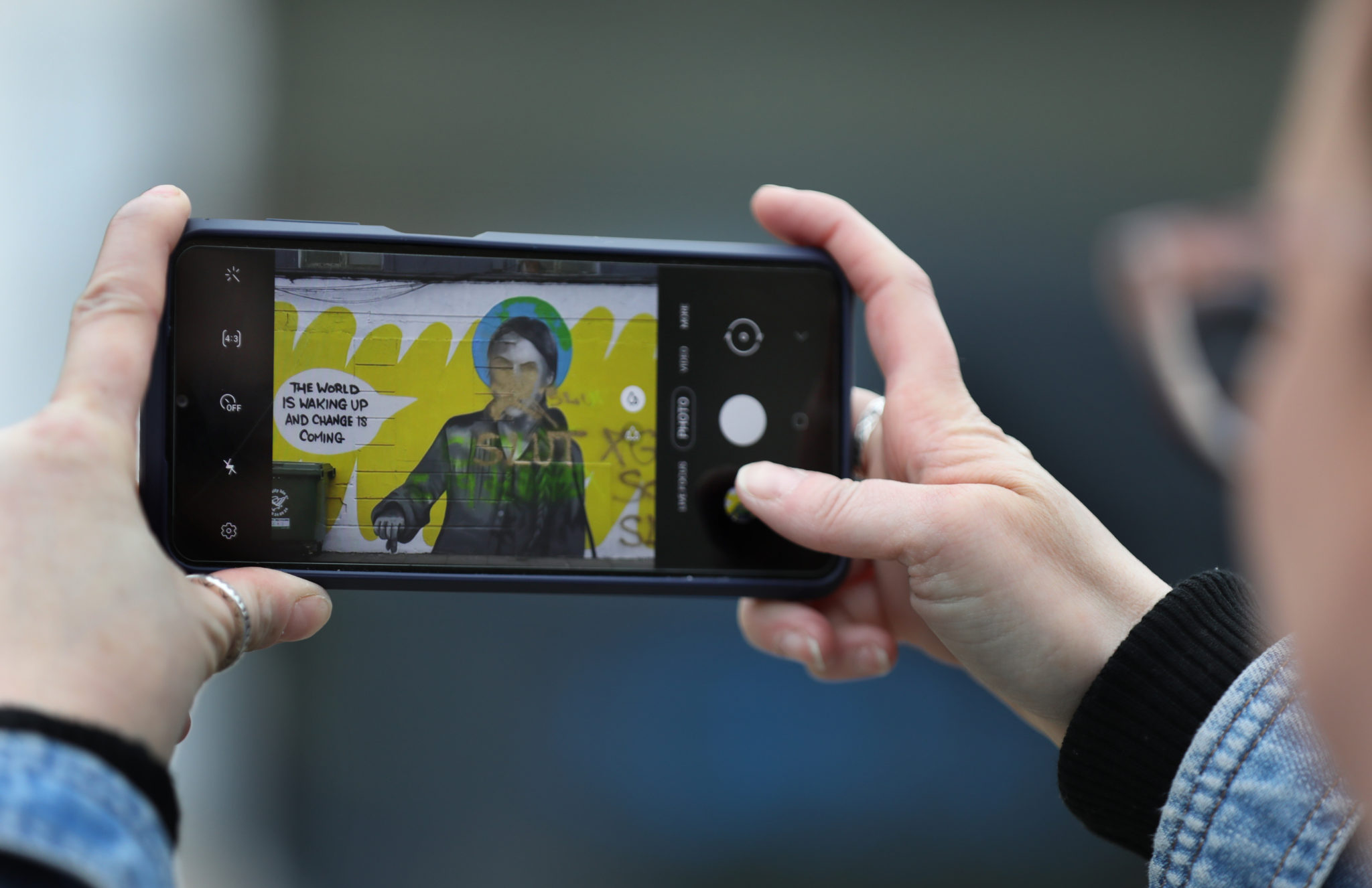 A woman taking a picture of graffiti which is defacing a mural of Greta Thunberg in Dublin city centre. Picture by: Leah Farrell / RollingNews.ie

Emma said while some other pieces she has painted were commissioned, this was something she wanted to do for herself.

"This piece was just something that I had wanted to paint myself since I heard her speech.

"It's a mixture between passion projects and pieces that get commissioned by different companies."

She said she was working on the Thunberg mural "for about three days.

"That was the painting of it - so I would have spent a bit of time before that designing the piece".

On the defacing, she said it is coming from a very small - but loud - minority.

"It's a bit disheartening but you're always going to get people like this.

"The thing is we only have to look at what they wrote on the wall about an 18-year-old girl, to see the type of misogynist creeps that they are.

Emma added that she will be fixing the artwork as soon as she can.

"It is a bit disheartening to spend three days painting something and then for them to come along and destroy it like that.