Arlene Foster to step down as Northern Ireland First Minister

Arlene Foster has said she will step down as DUP leader and Northern Ireland's First Minister.

This followed calls within the party in recent days for a leadership contest.

She said she will step down as DUP leader on May 28th, and as Northern Ireland First Minister "at the end of June."

It comes after 75% of the DUP's Northern Ireland assembly members signed a letter demanding a leadership contest.

Eight of the party's 18 constituency associations submitted letters of concern over the leadership's handling of the Northern Ireland Protocol and other issues.

Mrs Foster played down the threat when speaking to reporters on Tuesday, saying: "Stories on leadership come up from time to time, and it's one of those times."

In a statement on Wednesday, Mrs Foster said: "It is important to give space over the next few weeks for the party officers to make arrangements for the election of a new leader."

She described serving the people of Northern Ireland as "the privilege of my life".

"As I prepare to depart the political stage, it is my view that if Northern Ireland is to prosper then it will only do so built on the foundations of successful and durable devolution. 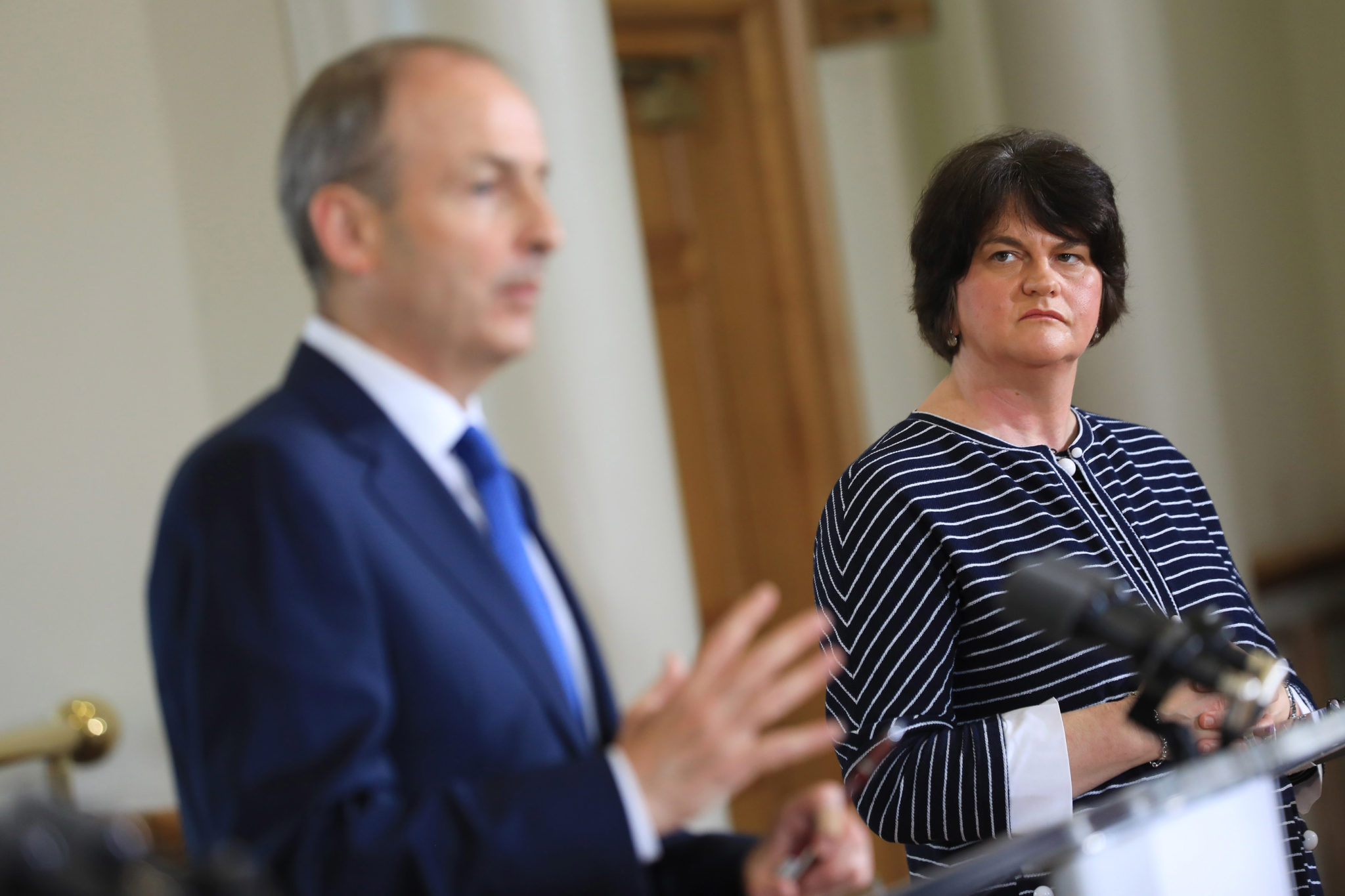 "That will require continued hard work and real determination and courage on all sides", she said.

She added: "I have sought to lead the party and Northern Ireland away from division and towards a better path.

"We must all learn to be generous to each other, live together and share this wonderful country.

"The future of unionism and Northern Ireland will not be found in division, it will only be found in sharing this place we all are privileged to call home."

Joe Brolly: The DUP is 'caught in a time warp and disintegrating'

The Taoiseach Micheál Martin said he wished Mrs Foster the best for the future.

He said: "She has served during what has been a period of considerable change and challenge in Northern Ireland.

"Political leadership is often not easy and takes courage.

"The re-establishment of the Northern Ireland Executive in January 2020 with Arlene Foster as First Minister and Michelle O'Neill as Deputy First Minister was a key development in supporting peace and stability for all the people of these islands.

"The Northern Ireland Executive under their leadership has had to grapple with the COVID pandemic almost since the beginning, and I pay tribute to Arlene's role in guiding Northern Ireland through this challenging period."

He added that he valued "the constructive engagement, notwithstanding our differences, we have had in our respective roles as Taoiseach and First Minister."

Katie Taylor versus Amanda Serrano unlikely to happen in 2021

Joe Brolly: The DUP is 'caught in a time warp and disintegrating'