Some areas of Dublin exceeding EU limits for nitrogen dioxide

A new report from the Environmental Protection Agency (EPA) has found high levels of nitrogen dio...

Some areas of Dublin exceeding EU limits for nitrogen dioxide

A new report from the Environmental Protection Agency (EPA) has found high levels of nitrogen dioxide (NO2) in some parts of Dublin.

Certain heavily trafficked roads in the city may have higher levels of air pollution than previously indicated.

The agency warns that some of these could pose a public health risk.

Levels are highest at urban traffic locations, with some at risk of exceeding the statutory European Union limit for nitrogen dioxide.

These include certain city centre streets, the M50 motorway and the entrance and exit of the Dublin Port Tunnel.

If further studies confirm the levels have been exceeded, local authorities in Dublin and its suburbs will have to prepare air quality action plans.

Nitrogen dioxide is caused by emissions from traffic, along with electricity generating stations and industry.

Levels in Ireland have been increasing due to growth in traffic numbers.

It also has a visual impact, as it has a brown colour and gives rise to a brown haze. 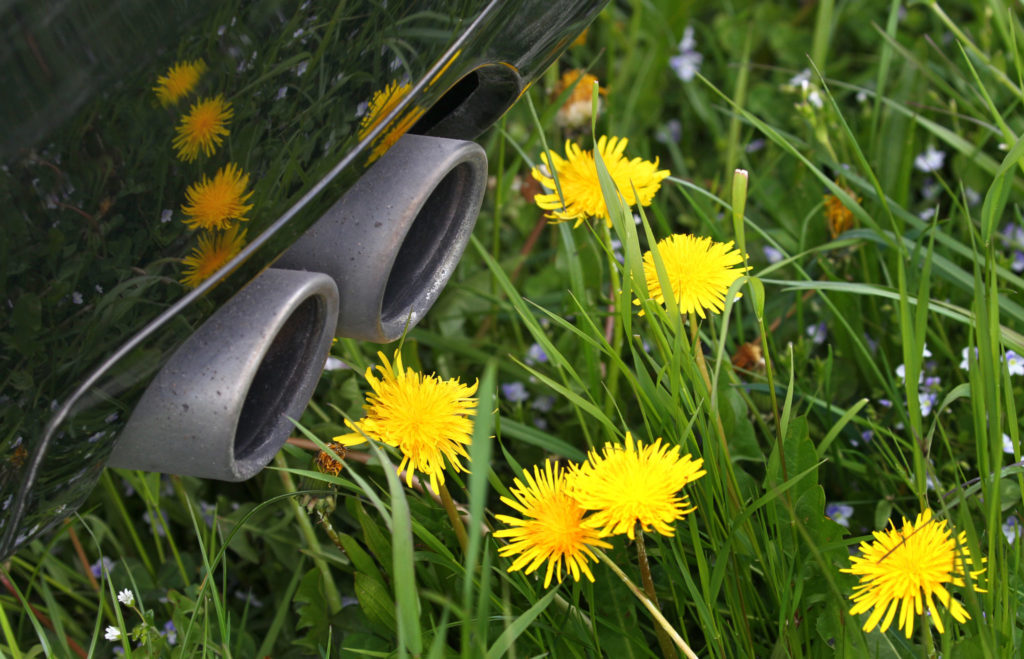 The exhaust of a diesel car parked on the side of a road can be seen next to a dandelion blooming on a meadow | Image: Karl-Josef Hildenbrand/DPA/PA Images

It can affect the throat and lung and people with asthma, as well as children and the elderly, are generally at greater risk for the health effects.

A new air monitoring station was set up at St John's Road West, near Heuston Station, and another will be opening on Pearse Street this summer.

The EPA says these areas have high levels that are "likely to exceed the European annual limit" value for NO2.

"Given the known health impacts on people's respiratory systems, this is a cause of concern.

"Traffic is the dominant source of nitrogendioxide in our urban areas and the public must be supported in taking clean transport choices if we want to reduce nitrogen dioxide concentrations in the air we breathe.

"The climate action measures recently put forward by Government for the transport sector in Dublin can also act to reduce harmful health impacting pollutants such as nitrogen dioxide.

"This report is a further call for coordinated action to tackle transport emissions in Dublin."

Responding to the report, Environment Minister Richard Bruton says: "These findings are very concerning and underline the need to implement the Climate Action Plan.

"Our plan includes a number of actions which will have a significant impact on reducing emissions and improving air quality. Actions include the development of a regulatory framework for low emission zones and providing local authorities with the power to restrict access to certain parts of a city or a town to zero emission vehicles only.

"Reaching 70% renewable electricity and electrifying our private and public transport fleets will have a huge impact on air quality in our towns and cities."

Transport Minister Shane Ross adds: "The findings of this EPA report and the potential health concerns arising for those living and working along these routes are a matter of grave concern.

"We need to act and reduce NO2 emissions in urban areas. Older diesel vehicles are the key perpetrators in terms of NO2 emissions."