Áras an Uachtaráin to undertake biodiversity study at Phoenix Park

The President Michael D Higgins has asked the Office of Public Works (OPW) to commission a "biodi...

Áras an Uachtaráin to undertake biodiversity study at Phoenix Park

The President Michael D Higgins has asked the Office of Public Works (OPW) to commission a "biodiversity audit" of Áras an Uachtaráin and its grounds.

The OPW manages Dublin's Phoenix Park, where Áras an Uachtaráin is based.

President Higgins has asked them to commission a team of ecologists to conduct a detailed, year-long audit.

They will then make recommendations on positive measures for biodiversity in the future management of the house and its grounds.

Over the next 12 months, the team will quantify both habitat and species diversity on the 130-acre site.

The OPW has selected a team of specialists from Trinity College Dublin, led by biodiversity specialist Professor Jane Stout.

A statement from the Office of the President says President Higgins has been interested in the protection of biodiversity for many years, and it was this issue that brought him to the Rio Earth Summit in 1992. 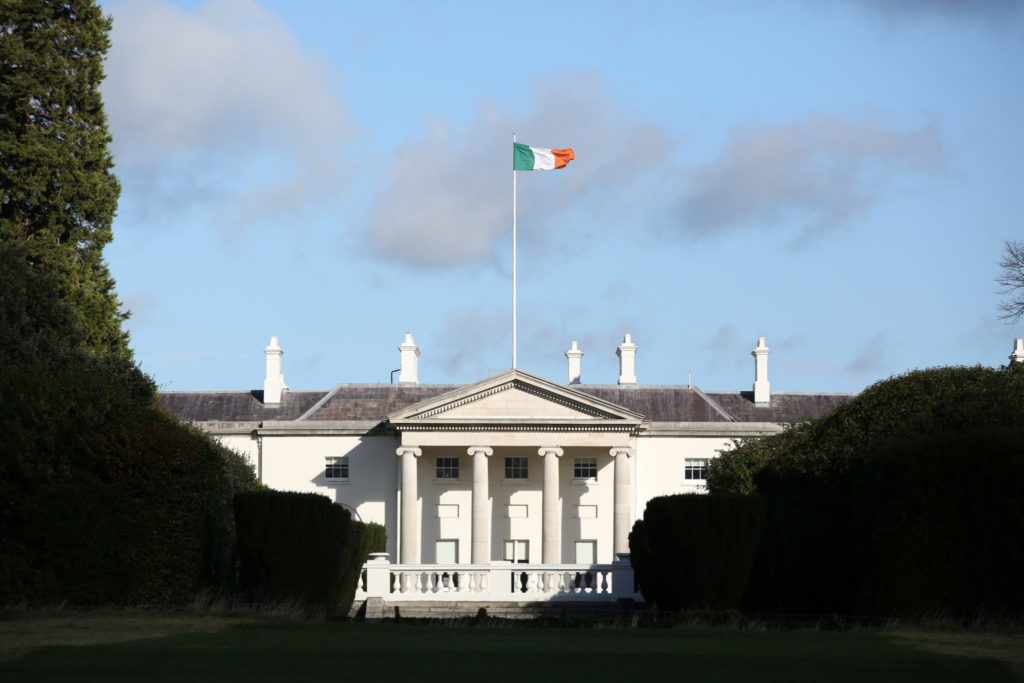 Áras an Uachtaráin in the morning sun in October 2018 | Image: Sam Boal/RollingNews.ie

Speaking at the first National Biodiversity Conference in early 2019, he said that we were facing "profound challenges" in terms of threats to our natural environment - and that reversing biodiversity loss will require all of us to be leaders within our own spheres of influence.

The Phoenix Park supports 50% of the mammal species found in Ireland and about 40% of bird species.

Among the 351 different plant species to be found in the park, there are three which are rare and protected.

The park has retained almost all of its old grasslands and woodlands, and also has rare examples of wetlands.

One animal in particular, the fallow deer, was directly responsible for the development of the Phoenix Park - and almost 350 years later there still remains a very successful herd in existence.

Fallow deer are not native to Ireland but are now the most widespread around the country.

The Normans first introduced fallow deer to Ireland in 1244, when they brought the deer over to stock the Royal Deer Forest at Glencree in Co Wicklow.

When the Phoenix Park was established in 1662 by the Duke of Ormond, it was originally opened as a Royal Deer Park and the fallow deer were imported from Britain.

The wild herd currently in the park consists of approximately 600 deer, many of whom are descendants of the original herd introduced in the 1660s.

Rewilding 'affecting the lives of our young children', councillor claims