Apple has announced its new iPhone 11, which will again be offered in several different versions....

Apple has announced its new iPhone 11, which will again be offered in several different versions.

The tech giant has unveiled details of its upcoming products at an event in California.

The new iPhones are named the 11 and the 11 Pro - with the latter being the more expensive model.

Apple will also be releasing a 'Max' model of the Pro, boasting a larger screen.

According to Apple, the iPhone 11 will boast a dual camera system - a 12-megapixel wide camera and an additional ultrawide camera.

It will have a 6.1" liquid retina display, and come in six different colours - including light purple and green.

The standard model will have a 5.8" 'super retina' screen, increasing to 6.5" for the Max model. 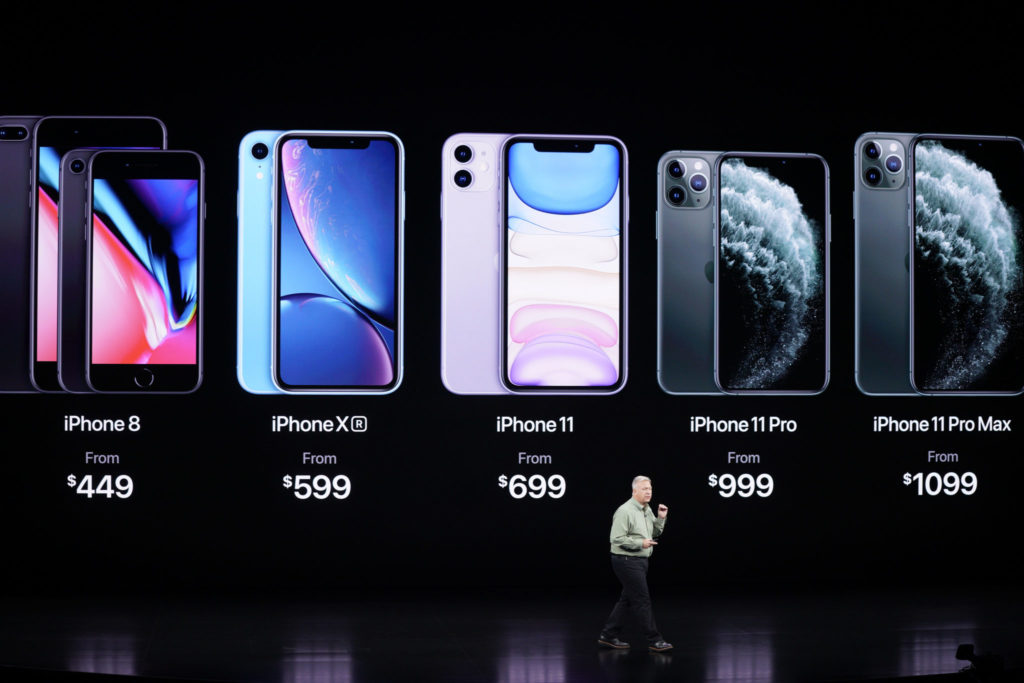 They'll be available to pre-order from Friday.

Both the iPhone 8 and iPhone XR will remain on sale, with price drops to accommodate the new models.

Meanwhile, a new version of the iPad will go on sale from later this month, boasting a 10.2" Retina screen.

The tech giant has also confirmed its TV streaming service will go live on November 1st.

A new games subscription service known as Apple Arcade will launch next week on September 19th.

Elsewhere, the company also announced its fifth Apple Watch series, which it says includes an always-on display "that never sleeps" - meaning key information such as the time will always remain visible.