Gardaí are renewing their appeal for information on missing man Gerard Taylor, on the first anniversary of his disappearance.

The 55-year-old, also known as Gerry, went missing from his home in Grande Central Apartments, Sandyford in Dublin on Saturday May 25th last year.

He was last seen on Kellystown Road in Rathfarnham, walking in the direction of Ticknock, shortly after 11.00am on that day.

Gerry is described as being 5’ 10” in height and of medium build.

He has grey hair and stubble, blue eyes and wears glasses. 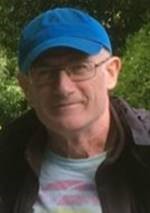 An undated photo of Gerard 'Gerry' Taylor. Picture supplied by: An Garda Síochána

When last seen, he was wearing a blue sports cap, black jacket with a hood, bottle green-coloured chino trousers and navy Adidas flat trainers, with a white sole and white stripes on the side.

Gardaí and Gerard's family have serious concerns for his welfare.

They are asking for any information on his whereabouts to be reported to Dundrum Garda station on 01-666-5600, the Garda Confidential Line at 1800-666-111 or any Garda station.

Appeal for witnesses after woman hit by car in Co Mayo