It will be a criminal offence from next week for people arriving in the country to not fill out t...

It will be a criminal offence from next week for people arriving in the country to not fill out the form detailing where they are self-isolating.

Anyone coming into the country from abroad will have to fill in a locator form to say where they will be self-isolating for 14 days.

People who breach the new rules could face a fine of up to €2,500 or up to six months in prison.

The regulations also cover situations where people offer false or misleading information, or if someone fails to update their details if they change address within the two weeks of isolation.

The measures will come into effect from next Thursday, and will remain in place until at least June 18th.

Speaking this evening, Health Minister Simon Harris said non-essential travel outside the country should not be happening. 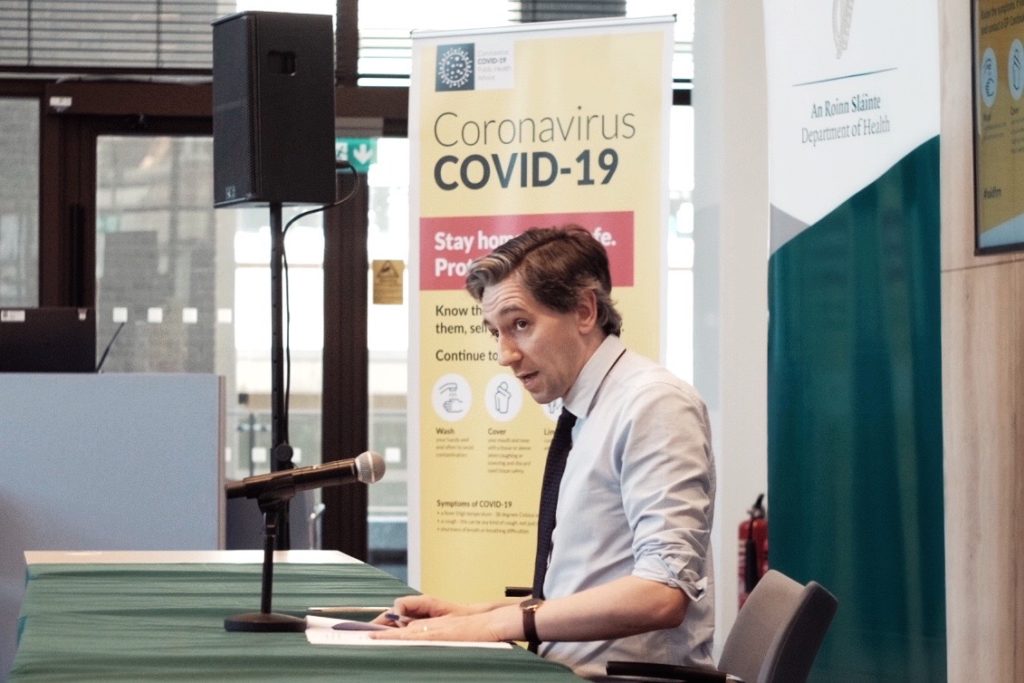 However, he suggested Ireland now has to prepare to live alongside the virus in a situation we can re-open the country but safely.

He observed: "These are extraordinary measures but they are necessary in a time of a public health crisis.

"We continue to advise everyone against non-essential travel. However, if a person does arrive into Ireland, they will be legally obliged to fill out this form, regardless of their nationality."

Exceptions to the new rules include aircraft crew, diplomats and transport workers.

Ahead of this evening's announcements, two experts spoke to The Hard Shoulder about the issue of travel restrictions and quarantines.

Liam Herrick - Executive Director of the Irish Council of Civil Liberties - called for the Government to consult with other group about the decisions being made.

NPHET earlier this month recommended that the Government consider a "mandatory regime of self-isolation for 14 days at a designated facility for all persons arriving into Ireland from overseas".

With self-isolating not a legal requirement at the moment, Mr Herrick said any moves in that direction would represent a 'form of detention' and likely require new legislation.

He said the ICCL accepts the science and shares the control of trying to bring the virus under control - but that it's also vital the Government shows the decisions being made are necessary.

He said: “There's a wide range of expertise that needs to feed into this process.

“If [the Government] were to introduce legislation, they would need to show that it’s necessary.

"You need to show that no other method could have achieved the same ends. You’d also need to show proportionality… different countries are in different stages and different risks, so a blanket ban would be problematic."

He said one proposal to consider would be to restrict travel - moving away from "locking people up once they come into the country, [and instead] setting criteria about who can travel for what purposes".

Meanwhile, Anthony Staines - Professor of Health Systems from the School of Nursing in DCU - says restrictions are necessary in bringing the virus under control.

He observed: “It does set the opportunity to bring the virus down to zero, rather than to continue the circulation of the virus - if we can do that the economic benefits will be very substantial.

“It is a huge imposition on everybody - but it is an imposition quite a number of other countries have found necessary.

"As testing improves, it may be possible to shorten the period of time that people need to spend in isolation when they’ve crossed borders.

“If we can stop the virus circulating in our country, people from countries where the virus is no longer circulating may no longer need to be quarantined - but that will be an evolving process."