The son of one of the victims of the Ballymurphy Massacre in Northern Ireland has said any amnest...

The son of one of the victims of the Ballymurphy Massacre in Northern Ireland has said any amnesty to British soldiers during the Troubles would be a 'slap in the face' to all victims.

John Teggart's father, Daniel, was murdered by the British Army in 1971.

Ten people died in Belfast after being shot over the course of several days.

The victims included a priest, trying to help one of the wounded, and a mother of eight.

It comes amid reports that the British government is planning to make British soldiers who served in Northern Ireland during the Troubles immune from prosecution.

John told The Hard Shoulder any amnesty would face a legal challenge.

"It's not just for the people like ourselves who are affected and shot by the army, it's all these victims who are fighting for justice, fighting for truth of what happened their loved ones.

"It's a slap in the face to every single one of them.

"From first day that the first bullet was fired in Ballymurphy, the lies have been told from then.

"What they're putting forward is can be challenged, and challenged ferociously, by families like ourselves.

"We will challenge that in the courts."

John said any amnesty would go far beyond Ballymurphy.

"The immediate reaction would be sheer anger and that there would go along the lines for many, many victims who were murdered by state forces during the conflict.

"You have to remember that there was 374 civilians, locals, who were shot by the army during the conflict.

"And throughout all that there was only four who would have been charged - and then themselves were released with their short sentences - and back into the army to carry out their career." 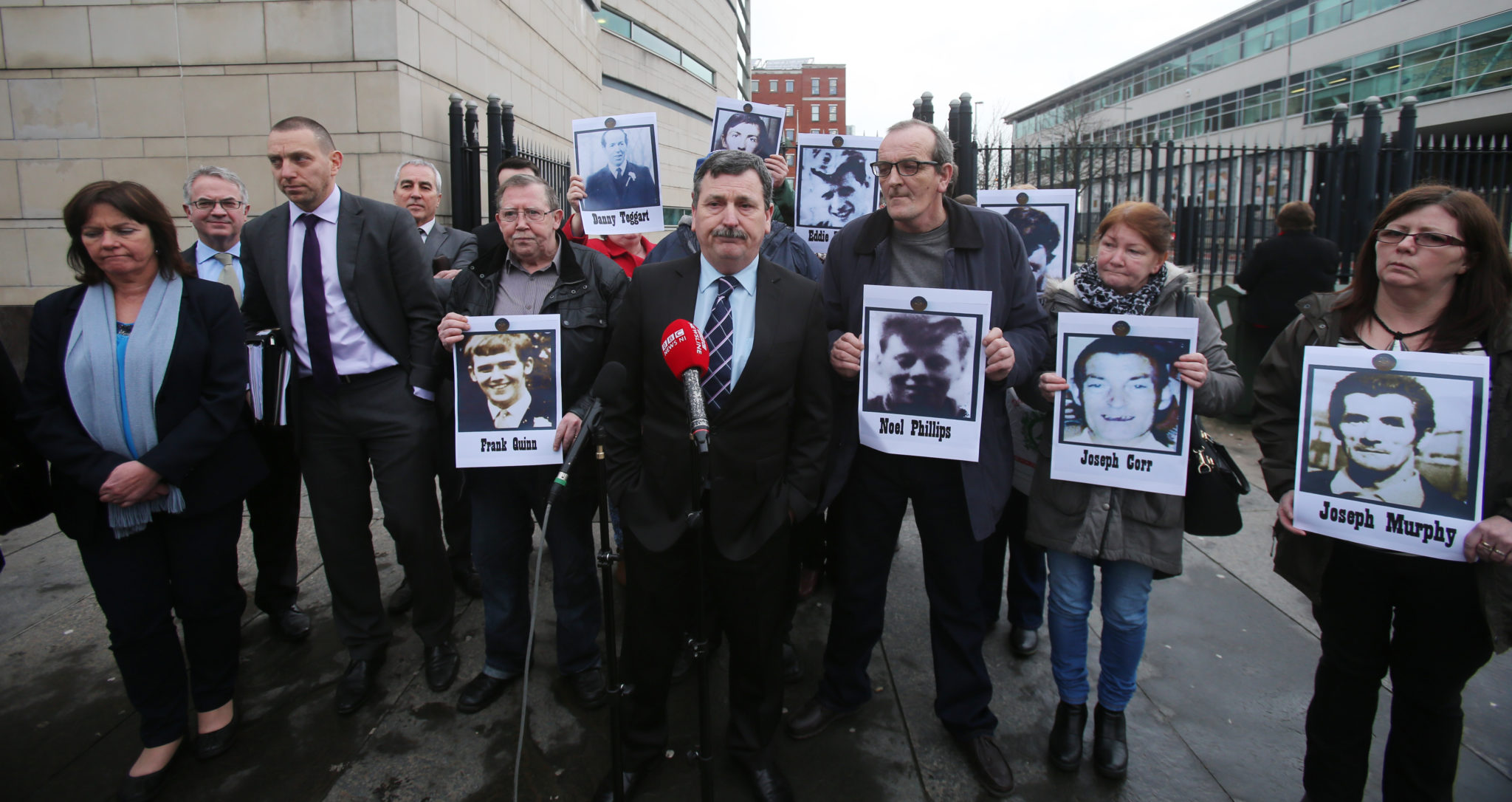 He said his father was in the area at his brothers house, who lived beside the Henry Taggart barracks.

"The first shots from the army in the Springfield Park... my father ran down towards the army barracks, because he thought he would be safe there.

"And all of a sudden the paras started firing indiscriminately at anybody who was in front of the barrack.

"So my father ran into a field, what we call the Manse Field, and was opposite the barracks... and he only got about 20 yards.

"Witnesses had said that the first bullet, he was shot in the leg, it twisted him and he fell face down.

"And when he fell face down he was lying out in the open - so they were actually taking just pot shots at him from the distance of about 50 yards across a road."

He suggested that there has never been a real impetus to get to the truth.

"It's a crime, and here's the thing... for any crime it should have been the same.

"So what you have is the army who have been protected, and it shows you the extremes that the [British] state will go to protect the army.

"From the whole way through the conflict in the North, they weren't interested in investigating - and that goes along the lines of the police of the day, the RUC.

"It's 50 years later and still there has been no police involvement, no investigation.

"The army from the very start told lies and blackened our families names".

John added that this suggestion is now re-traumatising them.

"The [British] government, with Boris Johnson heading it, they don't care - they just don't care.

"And they don't know for people like ourselves who - every time something like this happens - even 50 years later, they're re-traumatising us all.

"And it's something that the families, who are going into their twilight years, don't need". 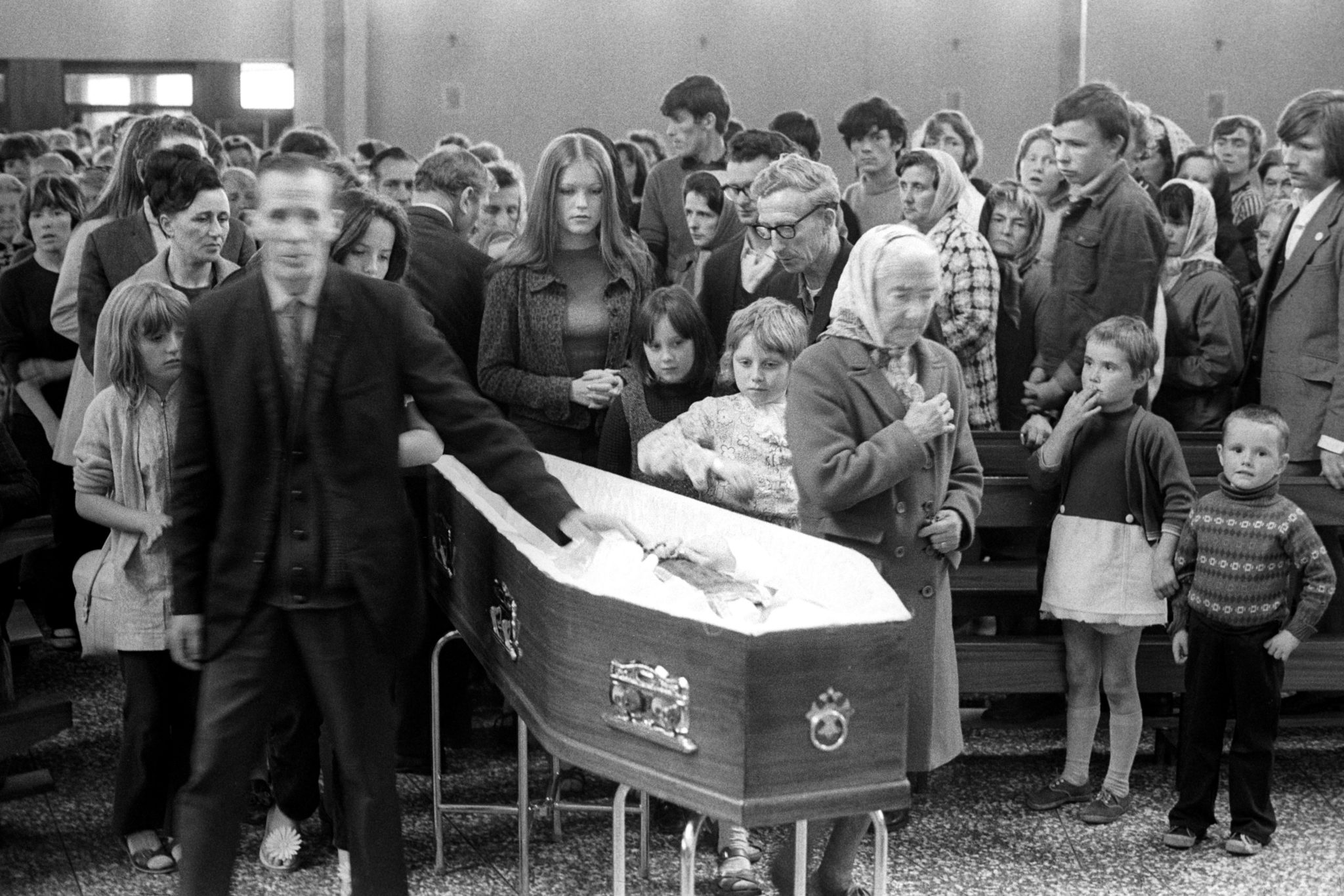 Mourners file past the coffin of Fr Hugh Mullan, at Corpus Christi Roman Catholic Church on the Ballymurphy estate in Belfast, on August 11th 1971. He was killed after attempting to give last rites to a wounded parishioner. Picture by: PA/PA Archive/PA Images

"This is the British Government absolutely betraying all of the victims of the Troubles and betraying the peace process,", he told Newstalk Breakfast.

"They haven’t even spoken to us or any other party in Northern Ireland about how they would advance their new proposals.

"They have gone unilaterally without the support of the Irish Government and I just think this is a real kick in the face for the victims who have suffered for far too long and not been given the right to truth or justice since our peace process began.

"It is just so shabby, so cynical and so dishonest."

Main image: John Teggart is pictured in December 2019, standing in the Ballymurphy area of Belfast where his father Daniel was among those killed in a series of shootings in August 1971. Picture by: Liam McBurney/PA Archive/PA Images

More young people living at home because there's 'nothing' to rent

More young people living at home because there's 'nothing' to rent