A woman who came to Ireland from Syria says she did it for her children - and that Irish and Syri...

A woman who came to Ireland from Syria says she did it for her children - and that Irish and Syrian people share a lot of history.

Kinda Nassli was a TV host in her home city of Damascus for almost 19 years, before having to flee owing to the civil war.

The mother of three told Lunchtime Live she did it for her sons.

"It's just to save my boys - becoming a mother this is the only thing I thought about.

"It wasn't about my myself, it was about their future and their safety and well-being.

"They were in a dangerous situation, so I didn't have a choice - I did have to leave.

"Now my eldest son is 19-years-old and the twins are almost six-years-old - they were newborn in Syria when I left then."

She said it is hard to describe the situation in Syria before she left, but she remembers one particular incident.

"I was at work, as a presenter when you're on-air you can't use your cell phone, and I was presenting something.

"And there was bomb in my son's school, and the bomb came over the bus - and he watched everything.

"A few of his friends were [killed], even his teacher - so life is just expecting bombs every single minute.

"We used to go to have a shower half-dressed because you don't want your neighbour to see you in a situation.

"It's a kind of schizophrenia: you want to live a life - you cook, you do things, and you're expecting death every single moment". 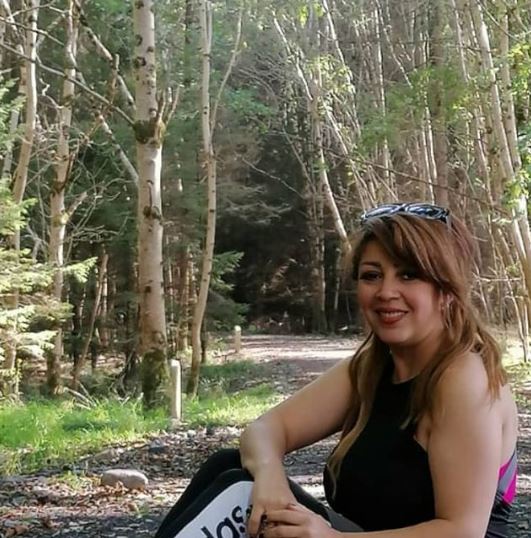 Kinda said she found an unlikely link in the writings of Irish-American Frank McCourt - and the memoir of his childhood.

"It's something that changed my life here, literally, when I discovered 'Angela's Ashes'.

"I found something to know more about Ireland - I tried to find YouTube films, there are many, but they are talking about the 'magnificent wonderful places in Ireland' but not living [sic] you through the detail of the Irish life.

"But when I discovered that movie, I started searching about Frank McCourt and that led to many interviews.

"I heard the interview, I learned it from him and then I read the book.

"I couldn't imagine how could a writer be talking about myself?

"But what was very important for me is that Frank McCourt gave me a future and a hope.

"There was even a kind of comparison between Limerick in the '40s and the present situation of Domascus in 2020.

"At the same time, it gave me some memories of Domascus in the '40s, which looks like Ireland today.

"Sometimes when I introduce myself as a Syrian, people will just imagine or stereotype me as somebody who came from the desert, camels and whatever.

"Being stereotyped like Frank, or the Irish people in America, it gives me a feeling that they have been through this too.

"They were stereotyped too, but they could succeed in changing the imagine and just make the real and true image clear."

'Ireland has been through a lot'

On coming to Ireland, Kinda said the two nations share more than they realise.

"We were concerned about language, we speak a little bit of English.... and we liked Ireland.

"It's not really a choice, you don't choose where to be a refugee you just want to flee - just to make this clear at the beginning.

"How lucky you are to be in Ireland... we speak the same language, we can communicate, Ireland has been through a lot.

"As a history it was occupied 800 years, they suffered, they could overcome all the dark times.

Kinda added that Ireland is now home, especially for her sons.

"Damascus is my home, but I would like to stay in Ireland because I'm belonging to Ireland here.

"We are staying here now raising our kids, and hopefully they will be good guys and serve this country and pay back the love and the safety it gave them".