Dublin City Council is cracking down on the ‘serious issue’ of stickers on street poles.

Dublin City Council has said it is cracking down on the ‘serious issue’ of stickers on street poles in the city centre.

Dozens of street poles have been scraped clean as part of a pilot project, while more than 50 have had sticker-proof paint applied.

The Irish Times reports that 242 poles around O’Connell Street, Aston Quay and Temple Bar have been scrubbed clean.

Newstalk reporter Emma Tyrrell talked to businesses in the area to find out what they make of the plan. 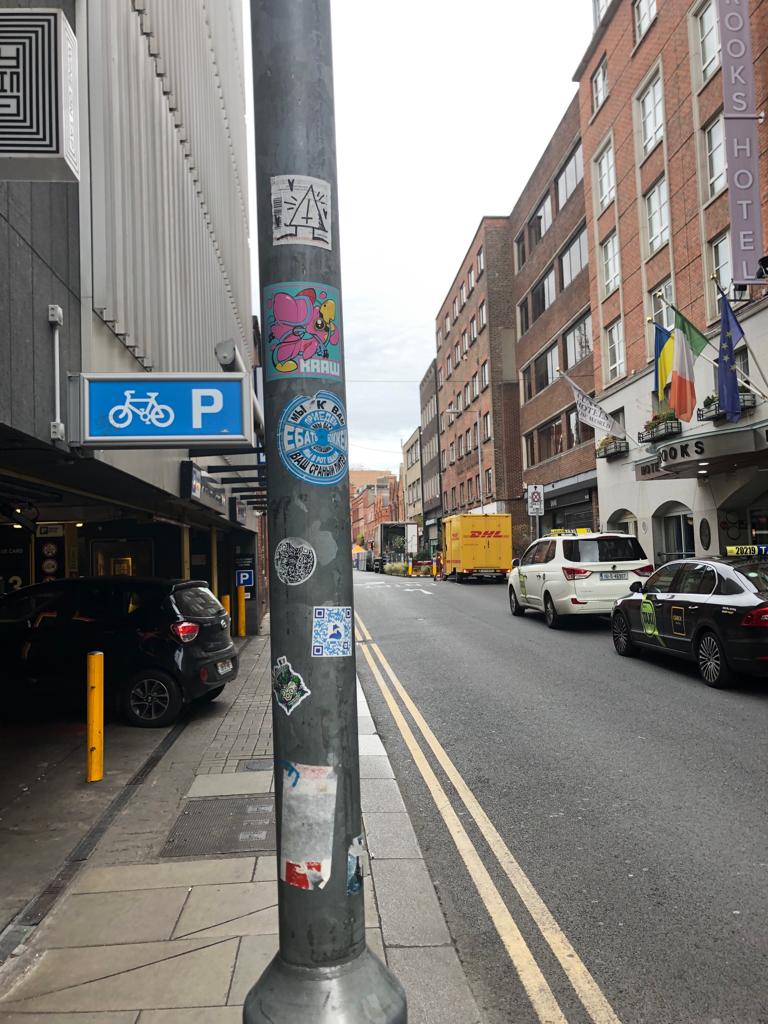 “I would love to know what they spent on that,” said Paul Keville from Stoned restaurant on Parliament Street.

“I’ve never in my life heard anyone complain - I am in Temple Bar six-and-a-half years now - about stickers on poles. They’ve complained about many other things.”

He said the council should be doing more to encourage art in the city centre – noting that the stickers offer an outlet for many of the city’s artists.

“They paint the little things, putting their own stamp on it,” he said.

“I think in the city centre, instead of that ugly silver and black they should be getting artists to paint these walls, to paint the poles – like they do with the electric boxes.”

Marie from motorcycle and clothes shop Irish blood said the stickers are “a bit manky looking” at times – but they aren’t harming anyone.

“Spend the money on something else, you know what I mean,” she said. “We’d like flowers on the street or something that looks nice.”

Carl Foran from the @StickerzOfDublin Instagram page said many are from artists creating mini masterpieces.

“I can understand were they’re coming from in trying to clean up the city a little bit,” he said. “It is never good to be walking around and seeing trash being put up on the poles.

“A lot of the stickers around Dublin, in my opinion of course, they come for artists; it is artists getting their artwork out there.”

He said there is a “big buzz” in the sticker art scene in Dublin and expressed hope the council can work with sticker artists in the future.

“It allows people to create and get their work out there to be seen,” he said.