Chloe Sheehan's hairdresser first spotted a patch on her head

A woman who suffers from a form of alopecia says there needs to be more research into the condition.

Chloe Sheehan - who is aged in her late 20s - has alopecia areata, a condition which results in hair loss.

She told Sean Moncrieff treatments for the condition are rare.

"It's a very, very hard autoimmune disease to treat because of the simple reason that they can't pinpoint a cause.

"So without pinpointing a cause, it's very hard to create a cure.

"It's also not seen as a life-threatening disease, it's seen as more of an aesthetics thing.

"But to be honest, I know people who have lost their lives over it and I know how debilitating it can be to your mental health.

"I was in that position, and I just don't agree that it's not life-threatening - and I do think it's something that there should be money pumped into research".

She says her hairdresser first discovered the condition.

"I'd lovely long blond hair, so I was getting my highlights done every eight weeks - as you do.

"One of my best friends is actually my hairdresser, and he just spotted a little patch - I'd say not even the size of 5c - on the back of my head.

"He said to me 'There's a little patch there, don't panic, it is a little bit dry - which can happen from dying your hair - so just go get it checked'".

Chloe says went to the doctor and got some blood tests, but after the patch began to slowly grow she was referred to a dermatologist.

"I think at that point, my doctor knew that we were dealing with something else.

"It was actually the dermatologist who diagnosed me with alopecia areata".

She says there are several different types of alopecia people can be diagnosed with.

"Alopecia areata, my case, is very common up around the back of the ears and around the head - that's where the pattern would start.

"But there are loads of different types of alopecia that affects the whole body, just the scalp.

"Mine is alopecia areata, which is probably one of the most common types."

'It was very fast'

Chloe says her condition has deteriorated a number of times.

"It was very slow for the first time, and it was spaced out over a few months, and then it grew back and I was always able to hide it.

"This time... in about four to six weeks I couldn't leave the house - and then in the space of a couple of months, maybe three months, I had gone from having all my hair to losing up to 85% of it.

"It was very extreme the second time, and it was very very fast". 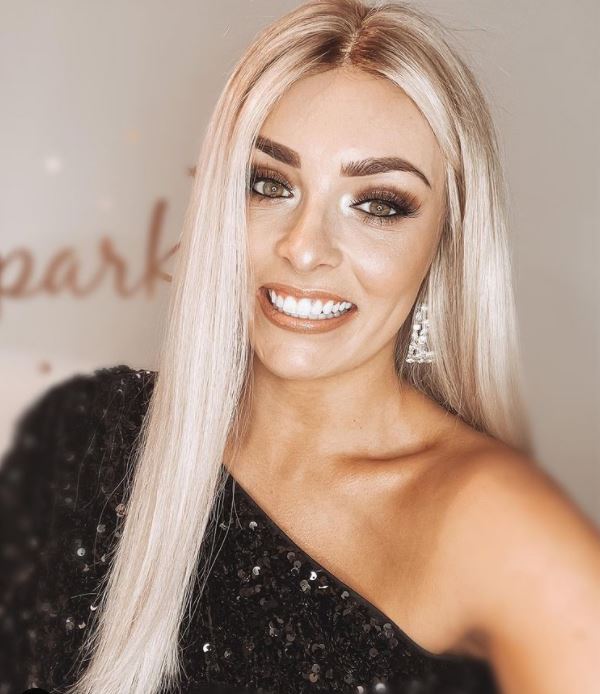 And she says while she has been growing it back for almost two years, that could change at any time.

"I'm almost two years with it growing back - now I still have a patch at the back of my head and it's quite thin on one side.

"I still have alopecia, but I don't have the active fall, and I have a really good re-growth story.

"I just try to stay positive and try to manifest that my hair is here to stay.

"I can't waste anymore energy worrying about the 'what ifs', so I just stay really, really positive in almost everything I do".