Over 950 complaints of malpractice made against Gardaí

The Garda Síochána Ombudsman Commission (GSOC) has received over 950 complaints of malpractice ...

Over 950 complaints of malpractice made against Gardaí

The Garda Síochána Ombudsman Commission (GSOC) has received over 950 complaints of malpractice against Gardaí this year.

They include allegations of theft, fraud, sexual offences and criminal damage.

According to details released under the Freedom of Information Act, GSOC has received 957 complaints against officers so far this year - which contain 1,448 allegations.

Nearly 500 allegations are made against officers in Dublin, while there are also high numbers in Cork city, Kildare, Limerick and Galway. 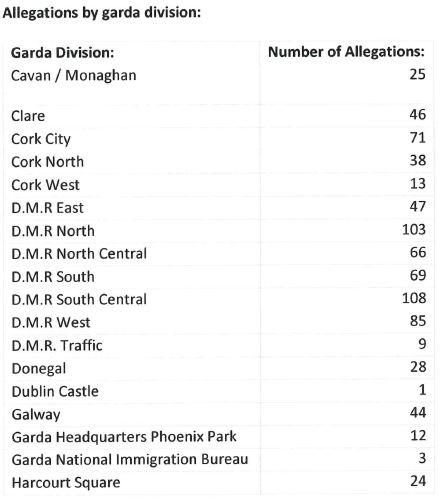 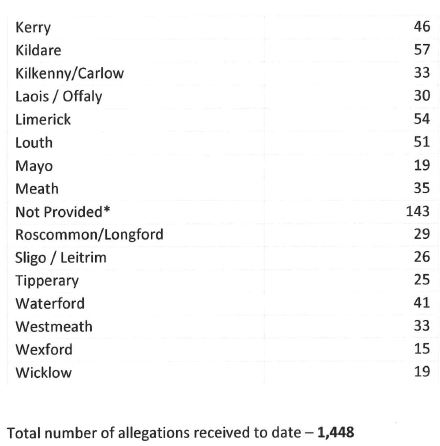 Almost one-third of the allegations countrywide relate to abuse of authority or neglect of duty.

Ten relate to alleged sexual offences, while 15 relate to theft or fraud and 13 to criminal damage.

One-fifth of the allegations were deemed inadmissible, while more than 800 remain open. 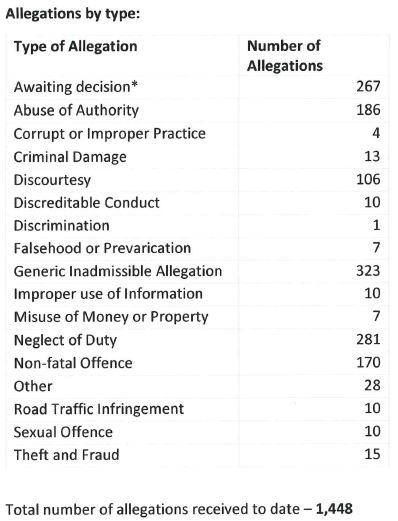 Frank Thornton is the vice president of the Garda Representative Association (GRA).

He says the number of allegations are down on other years.

"It's encouraging from a Garda point of view, because it shows a trend that it is declining.

"And if the trend continues to year-end, the complaints against Gardaí will be down about seven or 8% compared to last year - which also showed a drop compared to 2017".

Only one of this year's complaints have been upheld - with a €50 fine imposed on an officer.