More than 40 dead after explosion at Chinese chemical plant

An explosion at a chemical plant in eastern China has killed 44 people and left dozens more injured.

Some reports indicate the death toll stands at 47, with up to 600 people injured. The city government says at least 90 are injured.

The blast at the Tianjiayi chemical plant in Yancheng, Jiangsu province, is one of the worst in the country in recent years.

Nearly 1,000 people who live close to the factory have been moved as a precaution against leaks and additional explosions, the city government said.

Windows in building as far as about three miles away were blown out by the force of the blast.

The city government said 3,500 medical workers at 16 hospitals had been called on to treat the injured, dozens of whom remain in a critical condition.

State television said 640 people were being treated for injuries. The cause of the blast is still under investigation. 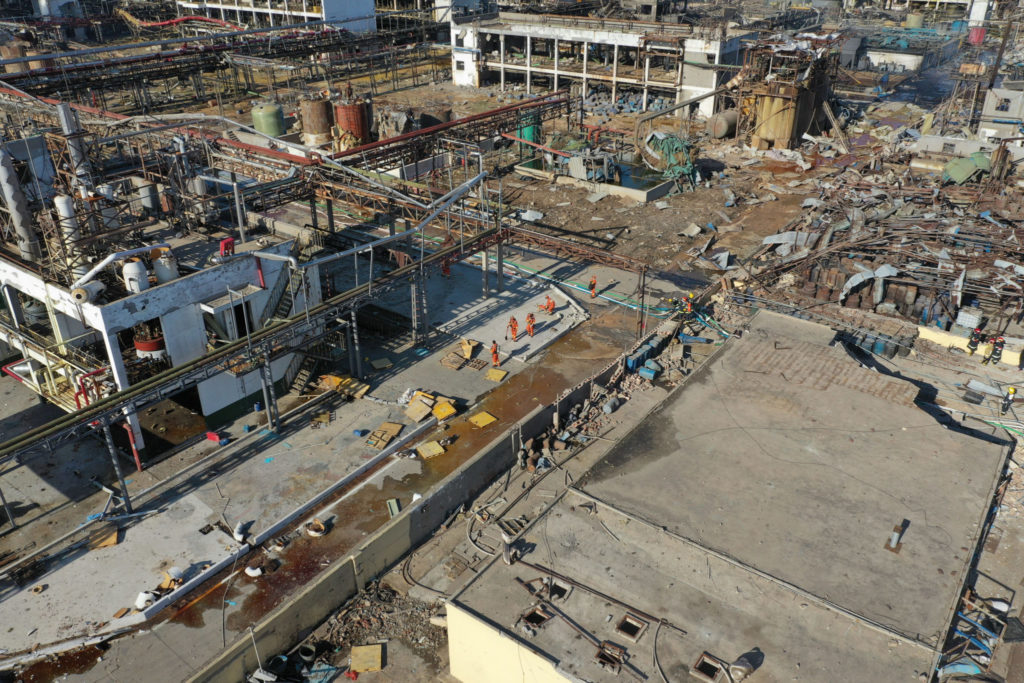 According to China Daily, the company which owns the plant has been fined for work safety violations in the past.

It produces more than 30 organic chemical compounds, some of which are highly flammable.

President Xi Jinping, who is in Italy on a state visit, said: "There have recently been a series of major accidents, and all places and relevant departments must fully learn the lessons from these."

The Jiangsu environmental protection bureau said on Thursday it had found no abnormal concentrations of several types of chemicals, but will carry out inspections chemical producers and warehouses.

Any producers found to not be complying with regulations will be shut down.

Among the worst accidents was a massive 2015 explosion at a chemical warehouse in Tianjin that killed 173 people, mostly firefighters and police officers.

In November at least 22 people were killed, and scores of vehicles destroyed, after an explosion outside a chemical plant in Zhangjiakou.

Concerns over protective equipment from China

PICTURES: First batch of protective equipment from China is unloaded