270 children will be in Israeli prisons during Eurovision, campaigners claim

Irish campaigners have claimed that about 270 Palestinian children will be detained in Israeli pr...

270 children will be in Israeli prisons during Eurovision, campaigners claim

Irish campaigners have claimed that about 270 Palestinian children will be detained in Israeli prisons during the Eurovision Song Contest.

There are just days to go until the first semi-final in Tel Aviv.

Sadaka - the Ireland Palestine Alliance has claimed the majority of children will be held in Israeli prisons without charge.

They say: "At any given time, human rights organisations report that there are about 270 Palestinian children and teenagers in Israeli prisons.

"This means, on average, that over six children and teenagers are detained every day.

"By the end of this Eurovision week, then, it can be expected that a further 42 children will have been lifted by Israeli forces."

Sadaka is running a campaign called 'Nothing to Sing About' on Dublin buses to raise awareness.

It features a young Palestinian boy, Abdullah Dwaik, who was 12 in October 2017 when he was handcuffed and rounded up in Hebron.

His father, Badee, was in Ireland when his son was detained.

Israel is the only country in the world that has a military juvenile court system. 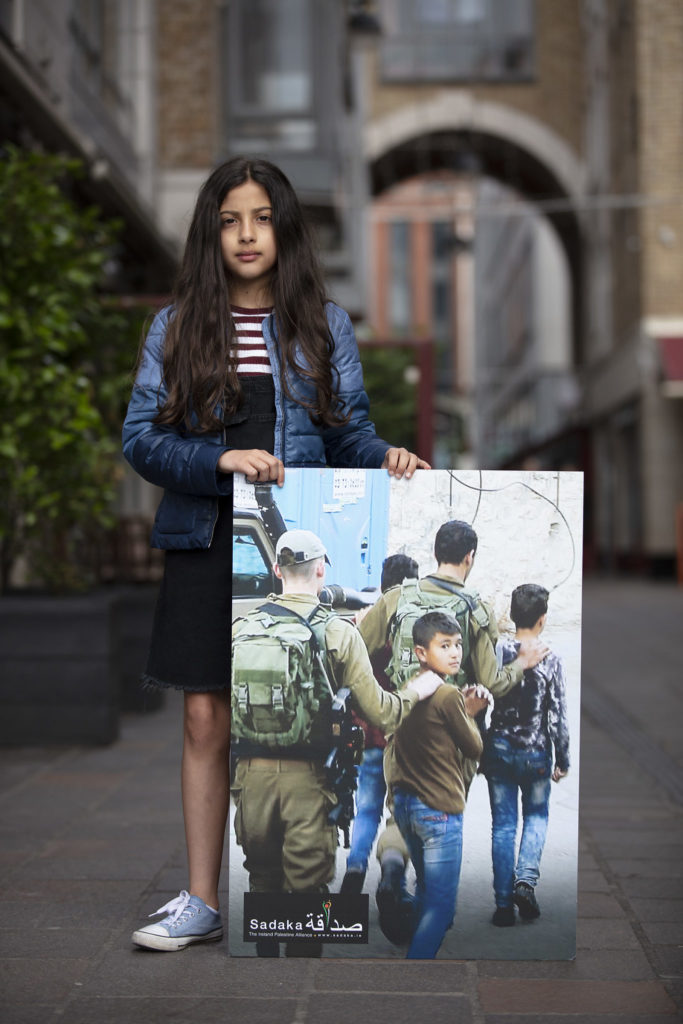 Pictured at the launch of the 'Nothing to Sing About' campaign is Mona Abdulmagid (10) | Image: Sadaka, the Ireland Palestine Alliance/© Patrick Bolger

Éamonn Meehan, board member with Sadaka, said: "We know that Ireland has a long history with the Eurovision and that people enjoy watching it.

"However, when viewers tune in this year and see the glossy picture postcard views of Israel, we are asking them to also be aware that there are two states - a state of opportunity for Israeli children and a state of fear for Palestinian children.

"Israel has signed up to the UN Convention on the Rights of the Child, yet it violates it daily with impunity.

"The United Nations has condemned the continued arbitrary detention of Palestinian children by Israel saying the practice has become 'systematic and widely spread'.

"Yet, Israel can host the Eurovision and refer to those looking for fundamental human rights for Palestinians as extremists."

Meanwhile a number of veterans of the Irish movement against South African apartheid have called for an Irish boycott of this year's contest.

The competition is due to be held from May 14th - with the Grand Final on May 18th.

Ireland's Sarah McTernan is set to perform '22' on the night of the second semi-final.

Activists have called on Ms McTernan to "stand on the right side of history" and listen "to the call from the Palestinian people to do no harm, to not cross their picket line".

Critics say no Irish entry should be sent to Israel, in protest over the occupation of Palestinian territories.

RTÉ's Director-General Dee Forbes has previously said the broadcaster will not sanction any staff member who declines to travel to Israel to cover the event on conscientious grounds.

While the Irish Congress of Trade Unions (ICTU) has expressed support for conscientious objectors.

Coaches 'cannot leave the same kids on the sideline week in, week out' - Kieran Cuddihy