17 dogs have been seized after being discovered in a horse transporter at Rosslare Europort. The ...

17 dogs have been seized after being discovered in a horse transporter at Rosslare Europort.

The dogs - which were a mix of breeds including terriers, pugs, spaniels, collies, hounds and labradors - were found before they were boarded on a ferry to Fishguard in Wales.

According to the ISPCA, the dogs were seized "due to concerns about the conditions in which they were being transported and suspicions that they did not all have valid pet passports". 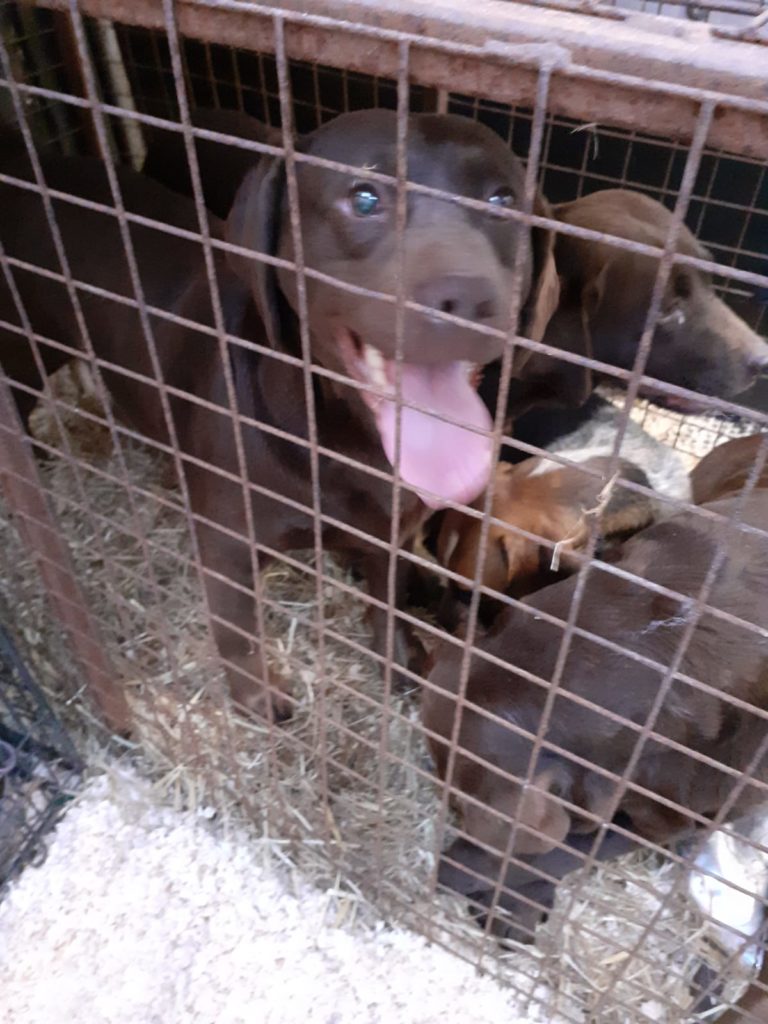 An investigation is now underway to established whether any potential offences may have been committed.

The dogs were initially cared for by the Wexford Dog Warden, and will be taken in by the ISPCA once they have been assessed by a vet.

The ISPCA says this is the second large-scale seizure of dogs in a week, after four puppies, two pregnant dogs and nine other adult dogs were seized in the Midlands.

Main image: Photo of the dogs discovered at Rosslare Europort. Picture via ISCPA

Dry robes for dogs: The new must-have beachwear for pets?