Caroline was on the verge of tears after so many doctors said they could not take her on as a patient.

11 GPs turned down a pregnant woman as a patient, forcing her to drive all the way from Mayo to Offaly for a scan.

Across Ireland, GPs are overwhelmed with demand and many people are struggling to get taken on as patients when they move to a new area.

It is also a problem that the Irish College of General Practitioners predict will get worse - with some 700 GPs due to retire over the next six years.

Mayo-based Caroline found herself pregnant “out of the blue” and began to ring around GP practices asking for an appointment.

“We’d just moved and I’d found out after moving that I was pregnant,” she recalled to Lunchtime Live.

“So I was trying to get into the doctor’s to have it confirmed and I couldn’t find one in the area.

“I had 11 doctors close to where I live and I couldn’t get in. Everyone was just like ‘No’ - some people were hanging up.

“I was quite emotional at the time because it was my first pregnancy so I was a bit overwhelmed and I wanted to know what was going on.”

It was a stressful ordeal and Caroline says after some GP practices turned her down she was on the verge of tears.

In the end she had no choice but to drive back to the Midlands for her first scan with her original doctor.

It was only three months into the pregnancy that she found a doctor in Mayo and the disruption meant that she was late getting vital appointments.

“I was due the 20 week one just before Christmas,” she continued.

“I didn’t get it until the end of January because I was so late actually. So the initial early scan I didn’t do.

“I just went in at 20 weeks in January and they did the anomalies, the head check and everything because by then I was 20 something weeks and they said, ‘Well we’ll just do the anomalies checks now.’

“And I didn’t have to go back after that. That was it, that was the scan where I found out everything.” 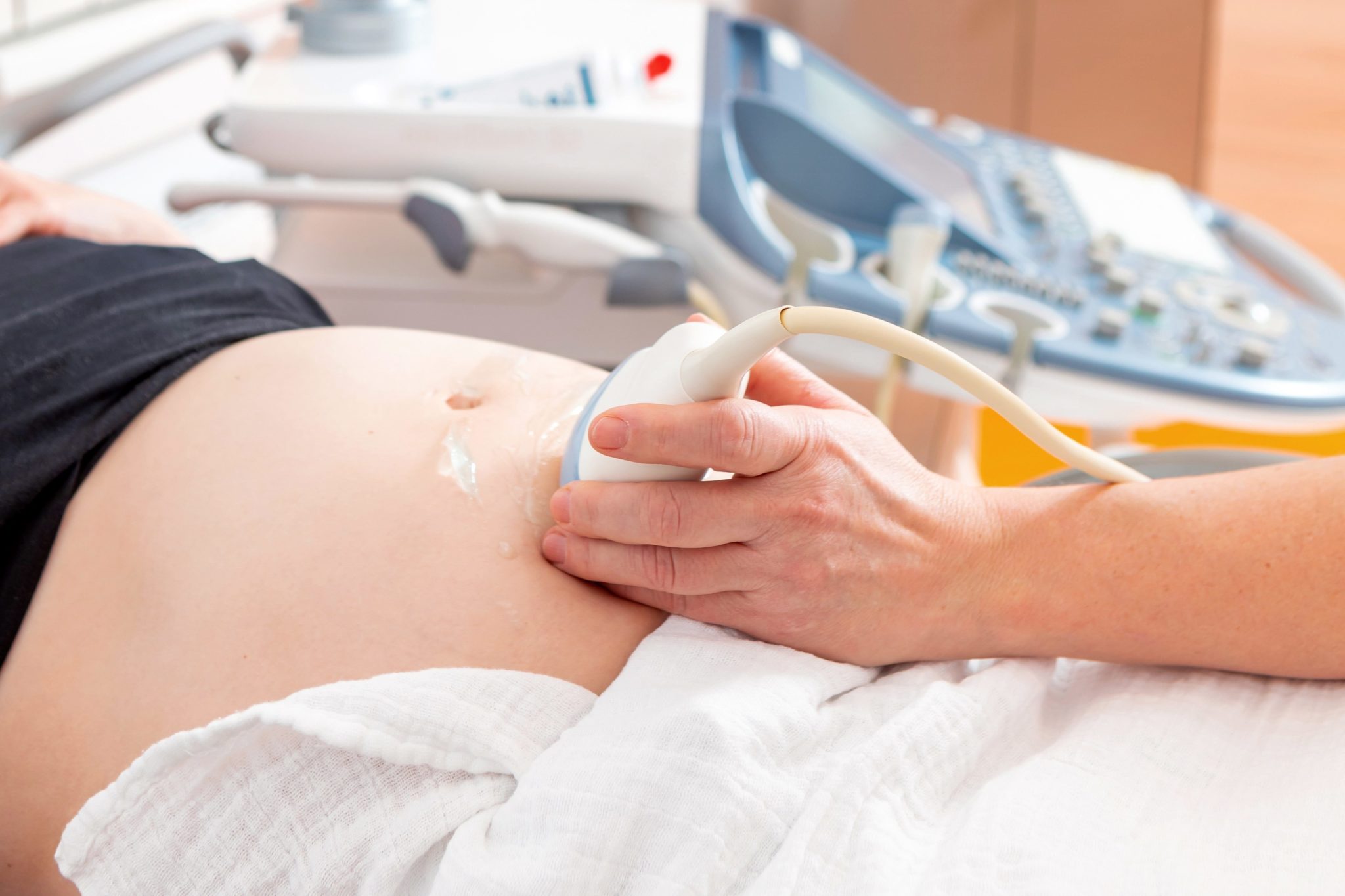 Illustration: symbolic photo of a doctor doing an ultrasonic testing at the stomach of a pregnant patient, 20 Dec 2018. | usage worldwide

Another issue that crossed Caroline’s mind was whether she wanted to continue with the pregnancy at all.

While the 8th amendment was repealed in 2018, a pregnancy can only be terminated in the first 12 weeks.

It means that time is of the essence and Caroline says the poor provision of healthcare services in County Mayo would have caused her to miss the deadline:

“I did ask if I could look into that,” she added.

“But I think the only person in Mayo that does it is in Claremorris and they do the options, they look to see if you could have an abortion but once you see them… they send you to the hospital for a scan.

“You have to be in your early weeks of pregnancy to get anything done and by the time they would have organised it for me I wouldn’t have been.