Irish drivers are facing huge delays getting an NCT for their cars because of what one industry i...

Irish drivers are facing huge delays getting an NCT for their cars because of what one industry insider called a “perfect storm”.

Joey Donnelly, owner of Crofton Motors, says that while COVID is a factor behind the delays, it is not the only one:

“It’s probably not only COVID, they’re probably in the eye of a perfect storm,” Mr Donnelly explained to Lunchtime Live.

“They [the company in charge of NCTs] are basically having a shortage of labour.

“So in Quarter 1, the start of January, a lot of cars are bought in January so every NCT comes around January, February, March - it’s their busiest period full stop.

“We get a mass of COVID infections in the Christmas/January period.

“But added on top of that, right before the pandemic hit, the NCT centres themselves had a problem with an equipment failure and it created a massive backlog.

“I don’t know if you remember there was an extension given - a six month, sometimes nine month extension given to most people - because basically half of the ramps of the entire NCT network countrywide had to be replaced.

“So that process took a drastic amount of time.”

One listener, Karen from Dublin, called in to say that while her NCT recently expired the next available test date she could get was in August:

“My actual NCT has expired as of two days ago but I got an email a while back to say because of COVID that it had been granted an extension,” she said.

“So I had a look just to see how soon I’d be able to get [one]; my new date should be May 19th but the closest I’ve been able to get is towards the end of August.

“So I’ve no idea now what will happen.

“I had a look around, there’s a few options near me; I could have gone to three centres - they’re all the same.

“So I spent a few minutes, just out of curiosity, to see what was going on around the country. I had a look on the NCT website… and it seems to be the same across the country.” 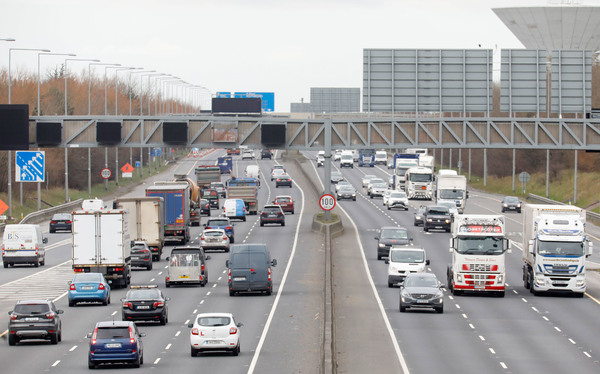 She is very concerned about what would to happen to her if she is stopped by Gardaí without a valid NCT:

“There’ll be hundreds of thousands of us driving around the country with an expired NCT,” Karen continued.

“So I don’t know what will happen - are the Guards aware of this? Will we get some sort of leniency? Will we be responsible for trying to get these priority last minute bookings online? I’ve no idea!”

Mr Donnelly advised anyone else in Karen’s situation to email the NCT and try and get placed on their priority list:

“What I would say to people is, email the testing centre or go onto the NCT website and email them and say, ‘I’ve tried to apply, there’s no test at all, can you please put me on a priority list? My expiry date is X.’

“And then they will respond to you with and say, ‘We now have you on a priority list.’

“You can ring them if you’re really diligent - you can ring the NCT number pretty much any morning after nine of ten o’clock and all the cancellations get released and they tend to have slots in a lot of your local [test centre].

“It’s a bit of effort and there’s a bit of legwork in it but you can find those tests ad hoc”.