This weekend on Newstalk, a new radio documentary by Sorcha Heron explores the history of Ballyk...

The story of how the British army interned thousands of Irish men across Ireland from 1920 to 1921.

This weekend on Newstalk, a new radio documentary by Sorcha Heron explores the history of Ballykinlar Internment Camp in County Down, where thousands of Irish men, including her own grandfather, were interned by the British army during Ireland’s War of Independence….

Broadcast Times: Ballykinlar: The Barbed Wire Cage will air on Newstalk on Sunday 11th August at 7am, with a repeat broadcast the following Saturday 17th August at 9pm.

Many Irish families are laden with tales of republicanism and my family is no different. Growing up, I’d heard occasional stories of my grandparents’ (on my dad’s side) passion for the Republican movement. But it wasn’t until 2016, when the decade of centenaries was in full swing, that I took a keener interest.

While rifling through an old bureau in my parents’ home, I came across a little notebook – an autograph book – and tucked between its pages was a very old black and white photo of some young men. It turns out my grandfather James Heron was among the rather dishevelled looking group and alongside him – with his hand firmly placed on his shoulder – was an older man, my great-grandfather Joseph Heron. 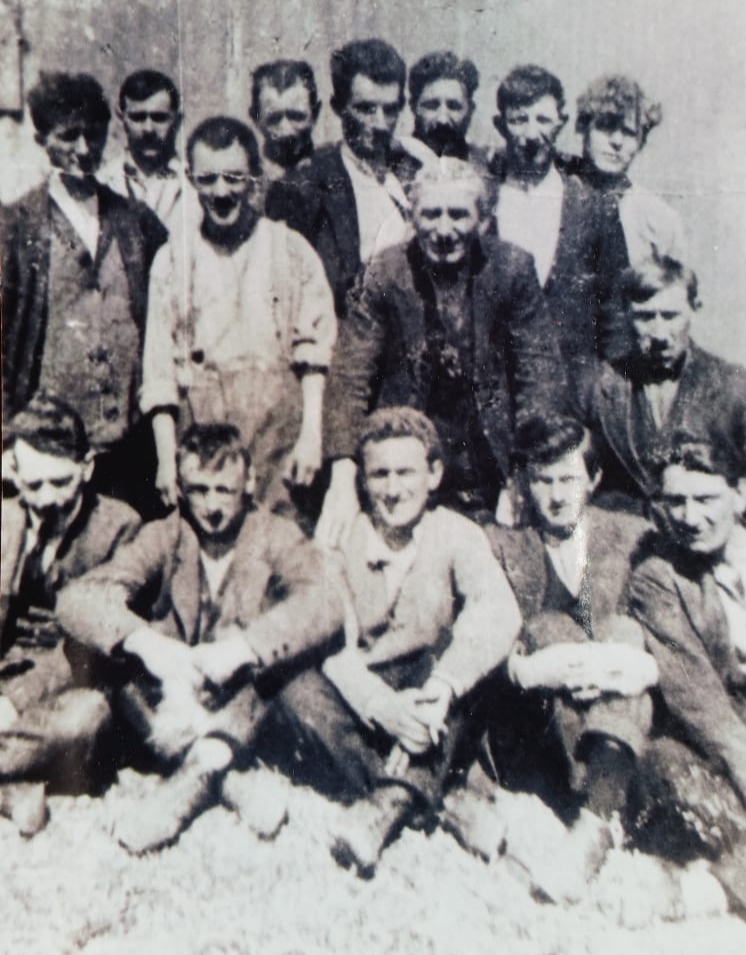 But it was the inscription on the back that really piqued my interest: “Ballykinlar Internment Camp, 1921”. I’d never even heard of Ballykinlar – were was it? Was it a prison? A military camp? And how both my grandfather and great-grandfather ended up being there? 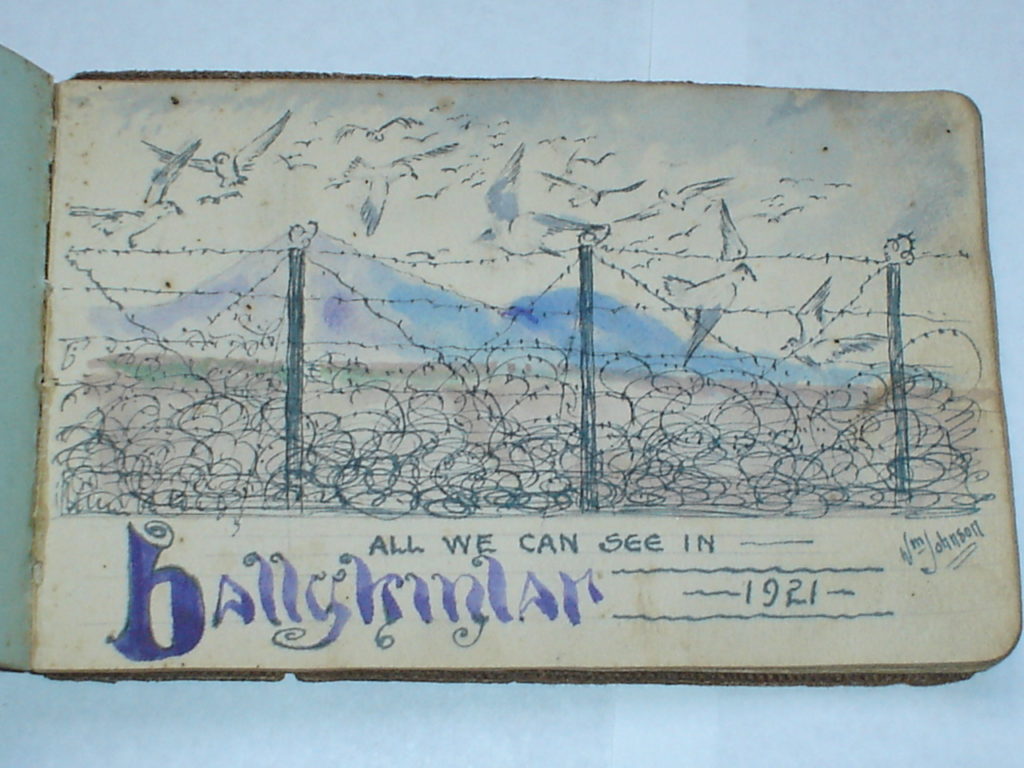 Pic: A drawing of Ballykinlar by an internee. The Mourne Mountains can be seen through barbed wire with seagulls flying (signalling a beach nearby).

Ballykinlar: The Barbed Wire Cage that held 2,000 Irish Prisoners of War is the story of how, in the aftermath of Bloody Sunday, November 1920, thousands of Irish men across the country were interned by the British army at a military camp in County Down. Some of the men would later have prominent roles in Irish society and culture - including former Taoiseach Sean Lemass; founder of Walton’s School of Music Martin Walton; along with esteemed songwriter Peadar Kearney.

But many of the men were from ordinary backgrounds – like my grandfather and great-grandfather - whose lives were upturned by extraordinary events designed to break their spirit. And yet, these men not only survived but occasionally thrived within their small community - endeavouring to better themselves through education, the arts and above all else comradeship. 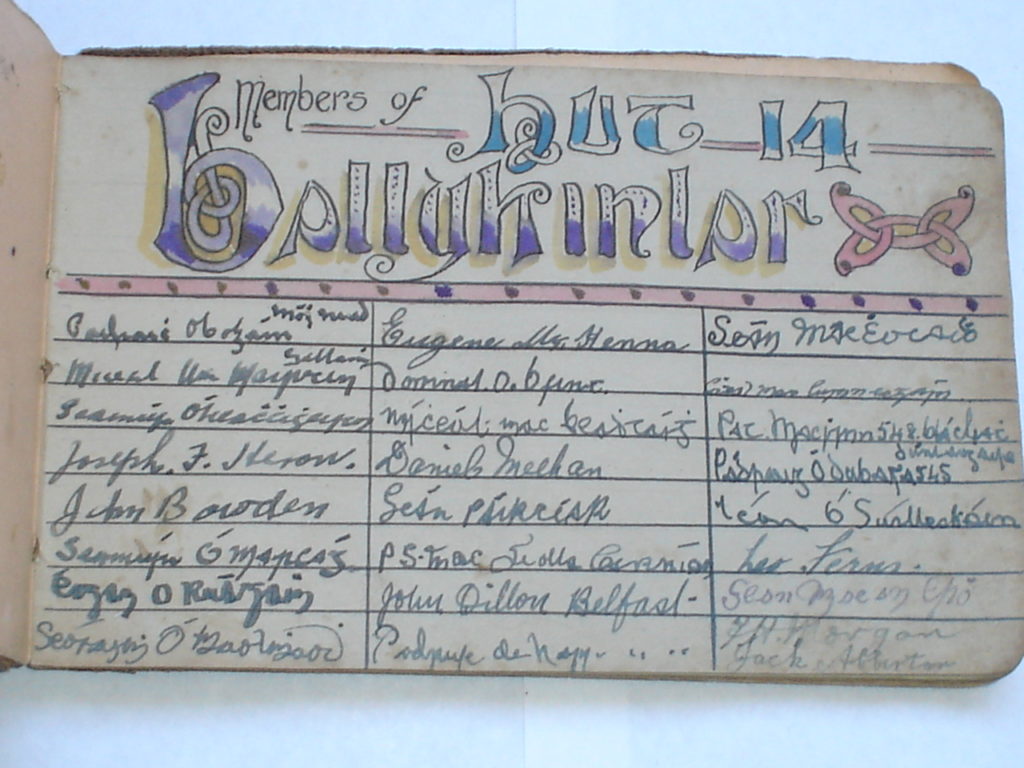 Pic: Internees’ signatures in Hut 14, Camp 2 in Ballykinlar, including my grandfather James Heron (Seamus O’Hearagain) and my great-grandfather Joseph Heron.

A very special thanks to Mike King, Heritage Manager at Down County Museum where of the ‘Ballykinlar History Hut’ project will be located in 2020. For more information or to share any knowledge of Ballykinlar from 1914 onwards, go here: https://www.facebook.com/pg/BallykinlarHistoryHut/about/

Broadcast Times: Ballykinlar: The Barbed Wire Cage will air on Newstalk on Sunday 11th August at 7am, with a repeat broadcast the following Saturday 17th August at 9pm.

The project was supported by The Broadcasting Authority of Ireland as part of the Sound and Vision 3 Funding Scheme.

‘Irish Women in Harmony - Behind the Voices’