The National Immunisation Advisory Committee (NIAC) has recommended that the use of the AstraZene...

The National Immunisation Advisory Committee (NIAC) has recommended that the use of the AstraZeneca COVID-19 vaccine in Ireland should be "temporarily deferred".

In a statement, the Deputy Chief Medical Officer Dr Ronan Glynn said "it has not been concluded that there is any link" between the AstraZeneca inoculation and these cases.

"However, acting on the precautionary principal, and pending receipt of further information, the NIAC has recommended the temporary deferral of the COVID-19 Vaccine AstraZeneca vaccination programme in Ireland," he added.

STATEMENT: The National Immunisation Advisory Committee (NIAC) has recommended that the administration of #COVID19 Vaccine AstraZeneca has been temporarily deferred from this morning, Sunday 14th March. pic.twitter.com/MAodFeVXb0

The Department of Health received the new reports from the Norwegian Medicines Agency yesterday evening.

The Committee is due to meet again this morning.

A number of countries, including Denmark, Norway and Iceland have already taken the decision to suspend its use over blood clotting concerns.

Italy also followed Austria, Estonia, Latvia, Luxembourg and Lithuania in banning jabs from one particular batch of one million AstraZeneca vaccines, which was sent to 17 countries, after reports of a death.

The World Health Organisation is also investigating, but the company itself has said as recently as Friday there is "no evidence" its vaccine causes an increased risk of blood clots.

As of last Wednesday, more than 109,000 doses of AstraZeneca have been administered here in Ireland.

The decision to temporarily suspend use of the AstraZeneca Covid-19 vaccine was based on new information from Norway that emerged late last night. This is a precautionary step. The National Immunisation Advisory Comm meets again this morning and we’ll provide an update after that

In a statement this morning, AstraZeneca defended the safety of its vaccine, which was produced in collaboration with Oxford University.

A spokesperson said an analysis of its safety data "that covers reported cases from more than 17 million doses of vaccine administered has shown no evidence of an increased risk of pulmonary embolism, deep vein thrombosis or thrombocytopenia with COVID-19 vaccine AstraZeneca”.

“In fact, the reported numbers of these types of events for COVID-19 vaccine AstraZeneca are not greater than the number that would have occurred naturally in the unvaccinated population.

“In clinical trials, no trends or patterns were observed with regard to pulmonary embolism, deep vein thrombosis, or events possibly related to thrombocytopenia."

The statement concluded that "a careful review of all available safety data including these events is ongoing" and that the company "is committed to sharing information without delay". 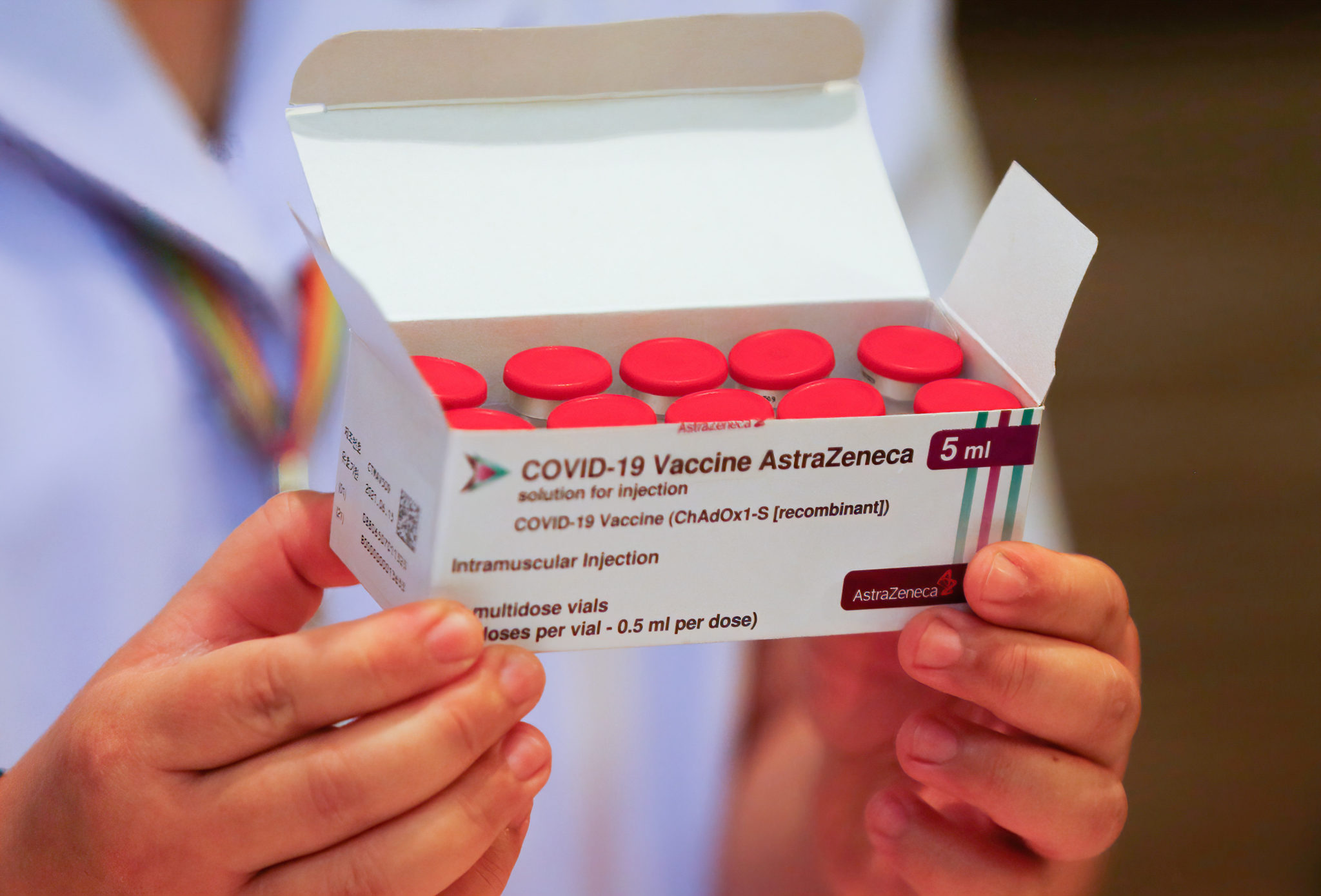 Speaking to On The Record with Gavan Reilly, Professor of Experimental Immunology at Trinity College Dublin Kingston Mills said the NIAC recommendation was a precautionary measure and that blood clots can happen for several reasons outside of vaccinations.

However, given the fact that there are reports from other countries linking the AstraZeneca vaccine to blood clotting events, he said the temporary deferral of its use here was the correct decision.

"I think a lot of this has to do with public confidence in the vaccines, if there's any doubts about safety the right thing to do is to suspend it and wait for the investigations to occur," he stated.

"If then that it's found through the proper sources that these links are confidential then you can resume the vaccination again.

"So I think it was the prudent thing to do, and we don't want people worrying about the potential side effects of vaccines."

He added: "You actually should enhance public trust in the authorities by pausing it if they thought there was any risk of it, in my view, and then if it's found that those events are not linked to the vaccine, and the vaccination programme is resumed, I actually think it shows the system is working."

Main image: A nurse prepares a dose of the AstraZeneca COVID-19 vaccine at a hospital in Lyon, France. Picture by: Olivier Chassignole, Pool via AP