The Department of the Taoiseach has moved to explain apparent contradictions in figures released...

The Department of the Taoiseach has moved to explain apparent contradictions in figures released on Thursday in relation to people's movements.

An update from Transport Infrastructure Ireland (TII) suggested traffic volumes had not seen an increase since coronavirus travel restrictions were introduced.

But data later released by the National Public Health Emergency Team (NPHET), based on requests to Apple's Maps service, showed an increase in activity in recent days on the country’s roads.

At a briefing at the Department of the Taoiseach on Friday, Assistant Secretary-General Liz Canavan moved to clarify the issue.

Addressing the TII data, she said: "This update is based on data collected from 350 traffic counters across all parts of the national road network.

"TII have committed to working with us to provide traffic volume figures to us on a more real time basis - we will share this with you, as soon as we have it." 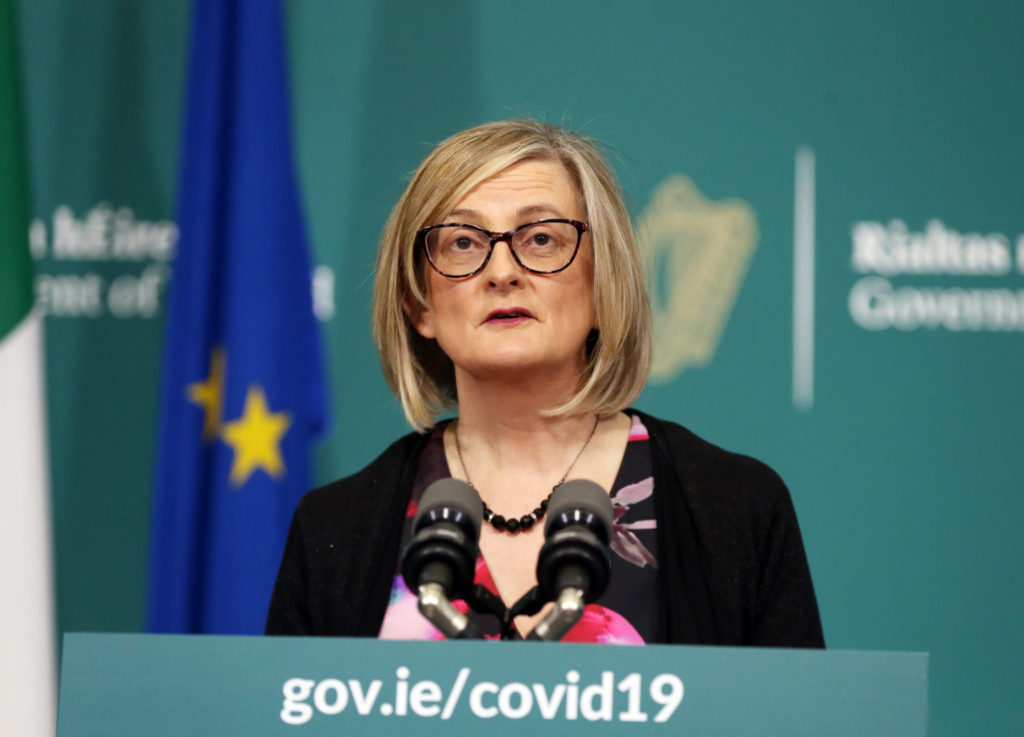 Assistant Secretary-General at the Department of Taoiseach, Elizabeth Canavan, speaking in Government Buildings on issues relating to COVID-19. Photo by: Photocall Ireland

She added: "However, it is important to note that this is but one indicator of activity levels: car traffic on our national routes.

"This is and will continue to be a fast-moving scenario where day on day we will expect to see changes."

Ms Canavan also said information from Dublin Bus suggests it has seen an increase in passenger numbers day-on-day this week - and all days are above levels seen in previous weeks.

"They are engaging with the National Transport Authority to try to pinpoint more specific data on this for us", she said.

She also echoed concerns that some people are becoming complacent with coronavirus restrictions.

He told Pat Kanny: "I can tell you this morning being in Dublin city - while it's still quiet, it's not as quiet as it was a few days ago.

Ms Canavan said: "We are aware that there are concerns that people are becoming complacent.

"We also know that if you are sticking to the rules, it is very frustrating if others are not."

She said a number of "relevant bodies" are monitoring volumes closely.

"While movement alone does not mean people are breaking social distancing rules when they are out, it is certainly a cause for concern.

"The more we move around, the more risk we create - increased footfall means we are sharing spaces, using the same facilities, coming into contact with more shared surfaces - even if we are not there at the same time", she said.

While An Garda Síochána will again operate a large network of checkpoints across the country this weekend, as people are urged to stay home and stay safe.