Irish consumers spent a total of €44m on Easter eggs leading up to Easter Sunday. That is accor...

Irish consumers spent a total of €44m on Easter eggs leading up to Easter Sunday.

That is according to new grocery market figures from Kantar.

While a return to growth for SuperValu meant all the major retailers were once again on an upward trajectory.

Dunnes Stores was largest grocer for the eighth consecutive period.

It posted sales growth of 6.1% on its way to retaining the number one position- the highest increase the retailer has seen since November 2016. 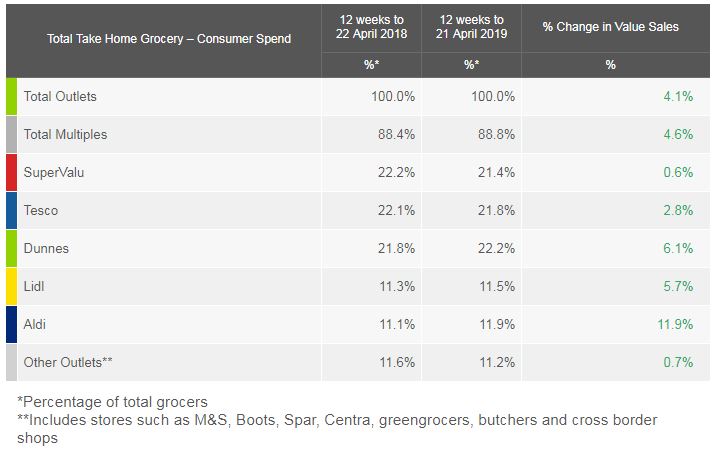 The average price paid at the retailer was up 1.9% on last year, generating an extra €10m in sales.

Tesco's growth of 2.8% was its strongest of the year so far.

Its own label offer now accounted for 47% of its sales and increased at 4.3%, boosting the retailer's overall performance.

Aldi and Lidl, while continuing to perform strongly in Dublin, are making major gains outside of the capital as well.

Growth of 18% for Aldi in the Connaught and Ulster region was the strongest increase recorded by any retailer in any one region, while Lidl's 13% growth in Munster makes it the fastest growing grocer in the southern provinces.