Ronan O'Gara says the impending Munster exits of Jerry Flannery and Felix Jones have come as a sh...

Ronan O'Gara says the impending Munster exits of Jerry Flannery and Felix Jones have come as a shock to him.

The duo served as forwards coach and attack coach respectively at the province. But they have both rejected new contracts and will leave next month.

ROG played with both during his time for Munster and Ireland.

The Crusaders assistant coach joined us on Off The Ball and shared his reaction.

"I don't know them as coaches because I've never been coached by them. But I know them as people and they're good guys," he said.

"They're easy to get along with. So there was obviously a breakdown [between the coaches and Munster]. I'm not in contact with either of them.

"There was obviously a breakdown at some time recently about what their roles were and what they were going forward.

"And also there was a breakdown in the fact that it's May now they haven't their futures sorted out for a season that starts in July. I think there must have been something in the background that either Jerry or Felix or both weren't happy with.

"But it is very important for the Irish provinces to have local coaches that really care about the environment.

"And I know Jerry and Felix care deeply about Munster. So in that regard, it was a shock for me and for a lot of people because you're losing two good men." 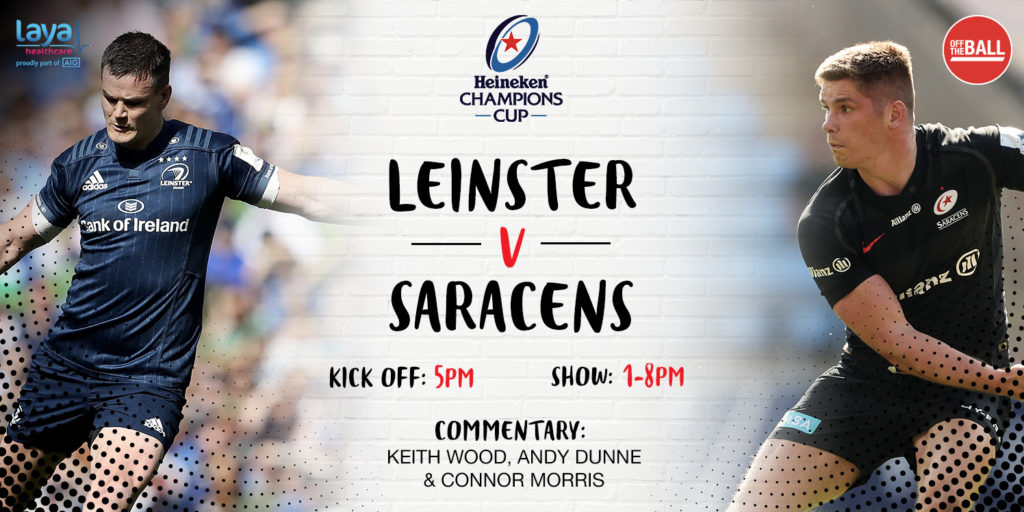 ROG also previewed the Heineken Champions Cup final between Leinster and Saracens. As two strong sides come together, the Ireland legend explained how Leinster can engineer a win.

"If we see the A game of Leinster, I think Leinster win. But the beauty of Saracens is that they rarely let teams play," he said.

"Leinster do not have to find another gear. But I think they have to play better than they have played this season."

You can watch the full chat with Ronan O'Gara above on our video player via our YouTube channel.