It took a glorious overhead goal from veteran Aritz Aduriz to defeat them but for Barcelona, the ...

It took a glorious overhead goal from veteran Aritz Aduriz to defeat them but for Barcelona, the first cracks of the season appeared at Athletic Bilbao's San Mames.

Without the injured Lionel Messi, they went down 1-0 in the La Liga season opener.

But is it a one-off or a more worrying sign that will accelerate a chase for Neymar?

La Liga writer Dermot Corrigan joined us to discuss on the Football Show.

"It was pretty poor and for those at Barcelona who want to sign Neymar - which is not everybody, [although] the president and Messi would like to have him back as well  - there was a good argument in their favour," he said.

"I would say the whole Neymar cloud hanging over the club affected the club in the build-up to the game. Coutinho, they'd been trying to get rid of him, and push him out. Before the game kicked off, it was confirmed that he was going to Bayern.

"Rakitic is another player that PSG are supposed to have been asking for. He wasn't in the line-up. So even if that wasn't directly related to transfer dealings, it was just hanging over the team, that they're not sure what their best team is. 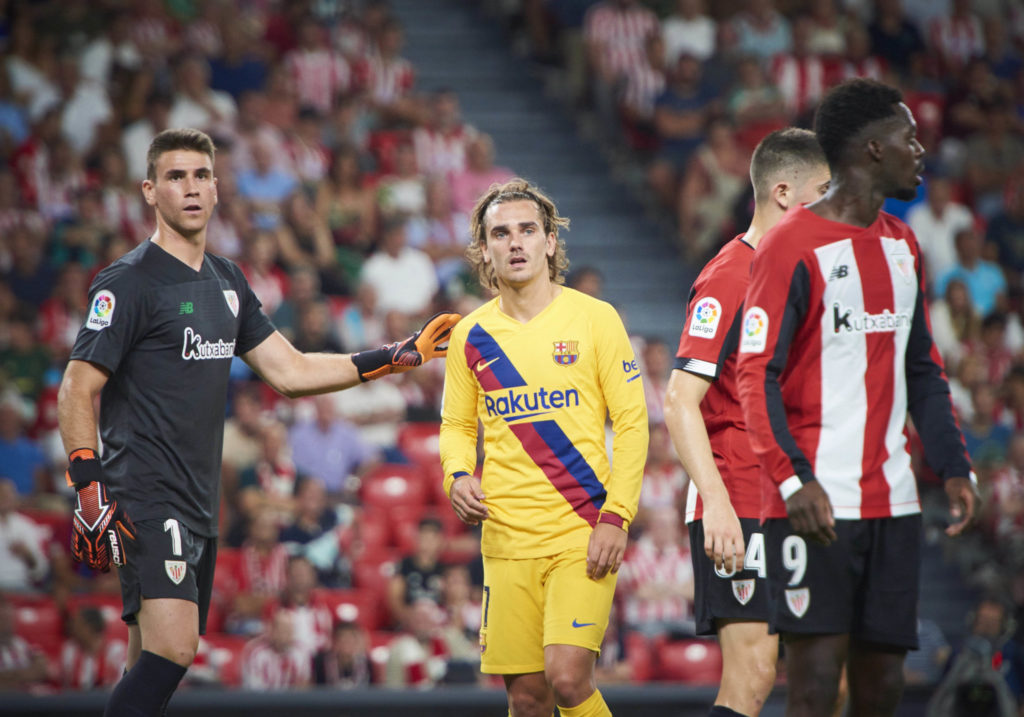 "They're not sure what the tactics are going to be this season. This hasn't got going yet. And then to go to Athletic Bilbao is a truly difficult place with Messi missing. They didn't play well and got what they deserved."

But would Neymar make much of a difference tactically?

"He's a top striker at the top of his game and they spent a lot of money on him. Basically, all their transfer budget is gone to bring him in.

"So they have a fairly well-balanced squad. But if they're going to spend more money on Neymar, they're maybe going to have to lose a midfielder or a defender. It just throws everything out of whack.

"You also have Suarez who always wants to play and you've got Griezmann, Neymar and Messi. If you play all four of those in a team and probably you'll beat up everybody in La Liga as Barca have done over recent years. But when you get to the Champions League semi-finals and maybe you go to Anfield against someone like Jurgen Klopp, he'll be able to find a way to beat you. Your team won't be balanced enough and they could end up in the same situation again."

You can watch the full La Liga chat including on Atletico Madrid's Joao Felix above.