A TD has been called a racist after questioning the amount of money being sent from Ireland to Ni...

A TD has been called a racist after questioning the amount of money being sent from Ireland to Nigeria.

Independent Galway-West TD Noel Grealish asked Taoiseach Leo Varadkar whether money being sent out of the State to foreign countries is being monitored.

He cited figures from the World Bank - which show hundreds of millions of euro being sent from Ireland to Nigeria every year.

He said: "Taoiseach transfers to other EU countries I can understand - for example money being transferred to the United Kingdom, our nearest neighbour".

"But Taoiseach 3.54bn transferred to one non-EU country is astronomical.

"Has Revenue or the Department of Finance any way of tracking this money, or where it is coming from?

"Can I ask you Taoiseach: are there mechanisms in place to ensure that the money that leaves this country in personal remittances has been fully accounted for within the Irish Revenue or tax system and is not the proceeds of crime or fraud".

"An awful lot of it is genuine money, but I just want to ensure a commitment from your Government that there's proper controls in place.

"Money being transferred out of Ireland without proper controls or monitoring needs to stop, Taoiseach.

"And Taoiseach, the question I'm asking to you is what controls are put in place to ensure this money is proper paid, tax is proper paid on it". 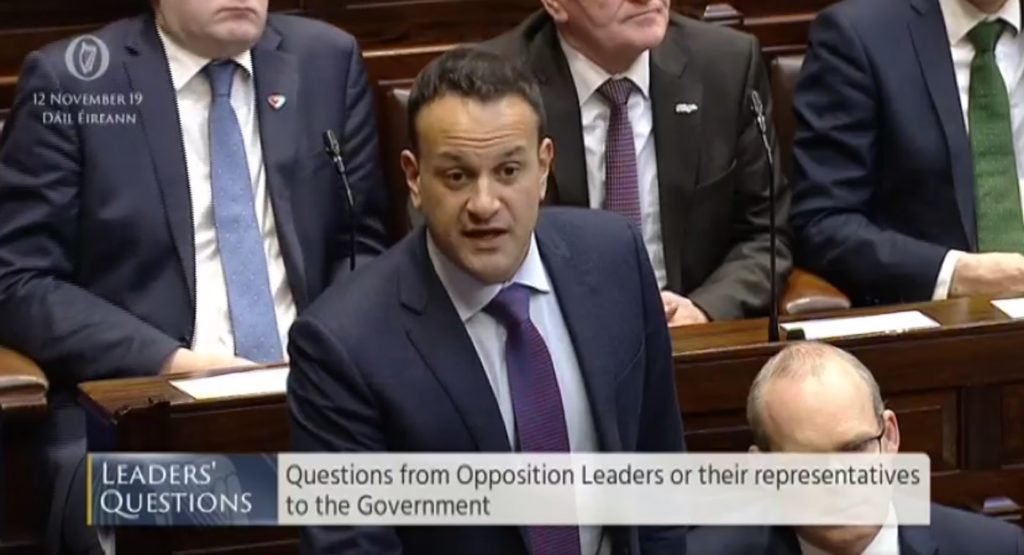 Mr Varadkar replied that while he had no doubt the numbers quoted were correct, "I'm not sure where you're going with this".

"Everyone in this House will know from the stories their parents told them or their grandparents told them that for many decades and many centuries, Irish people went all over the world and sent back their remittances to Ireland".

"Just walk a few metres across Merrion Square into Holles Street Hospital - you'll see a hospital that's full of midwives from India, nurses from the Philippines and doctors from Egypt and Pakistan and I-don't-know-where.

"They work hard, they pay their taxes and out of their post-tax income they send some money back to their families who probably paid for their education.

"That is the way the world works, it's the way Ireland worked and still does for decades".

He also said that "all the normal protections and controls are in place by Revenue" in relation to any money laundering or tax evasion.