Eighteen months ago, Dan Leavy was on a veritable high. The Leinster flanker had just played a cr...

Eighteen months ago, Dan Leavy was on a veritable high.

A few months later, he played all 80 minutes as Leinster won the Heineken Champions Cup in Bilbao.

It appeared he was odds-on to be part of Ireland's back-row options for the Rugby World Cup.

But the cruelty of fate intervened and he will be watching from afar as his team-mates tackle the challenge of Japan.

It was due to a serious knee injury that impacted him against Ulster in the Champions Cup.

He joined us in studio for an interview and detailed the extent of what happened and his recovery process which he is "happy with" thus far.

"I pretty much popped my kneecap out the back... dislocated my knee cap inwards," he explained.

"So ACL and PCL were gone and good bit of damage to the MCL and LCL. It was actually the same knee that was pre-existing.

"When it actually happened, I knew straight away that I was in serious trouble. And when I looked down at my knee, my knee cap had retracted. I was trying to pop it back in myself and it didn't work. I couldn't really feel it and I was in shock. So I knew it was out of place." 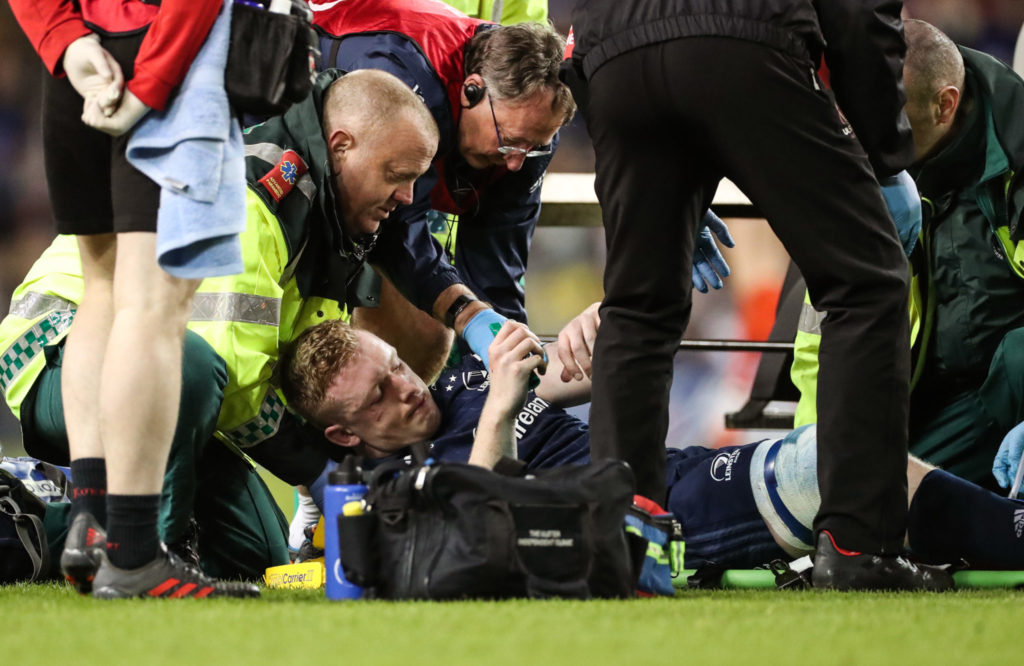 He also discussed the pain of missing out on the World Cup adventure as well as the end of Leinster's season.

"It's pretty disappointing for myself watching the guys jet off in a few weeks and go represent the country with the world watching," Leavy admitted.

"Before the Italy game I was sitting down, flicked on the TV and saw the pundits talking about it. I was going to chill out and watch it but I had to flick it off because it was a bit much for me.

"As interested as I am in [the World Cup], I have this weigh-up where I get annoyed that I'm not playing but I want to watch it. So it is pretty difficult. I have holidays planned for during it. So I'll be in the jungle in Bali for two weeks, so it's a good way to get away from it."

But he is also backing his Ireland team-mates to make a mark once it actually kicks off.

"I think they've got a really good shot," he said.

"I think that's probably a good thing. Everyone's talking about Wales, South Africa and even the Aussies after their win two weeks ago. I think they're in a really nice position at the moment. All the heat's off them and I know the belief in the group."