Four days ago, Aine O’Connor achieved the first double of her career at the Fairyhouse Winter F...

Four days ago, Aine O’Connor achieved the first double of her career at the Fairyhouse Winter Festival.

She rode Demi Plie to a win in the Mares' Handicap Chase and then also followed that up on Brawler in the Handicap Hurdle.

In the afterglow of that success, O'Connor joined us on Friday Night Racing.

"First ever double and it was completely by chance," she said.

"Peter Fahey was looking for someone to ride his horse because Darragh O'Keeffe hurt his thumb.

"He wasn't able to take the rides so I just got lucky and won on that [horse]. It was the first time riding [Brawler]."

As an amateur rider, her day job is as a RACE recruitment officer.

"So I go out to schools, pony racing, different shows and riding schools, urban horse projects and pony club as well," she explained.

"I try to recruit 15, 16-year-olds in to do our trainee jockey course. You just need to be 15-turning-16 before the 31st of December that year and you need to be nine stone in and around. You can't be much heavier. We do, the odd time, if we think someone is very suitable, we'll bring them in. And if we think we can help them to get their weight down, we'll have a chat with them and then you might be able to come onto the course then. They have to pass the suitability test."

She added that they tend to take on about 60 on trial, with 30 spaces on the 10-month course.

"It is competitive," she added. 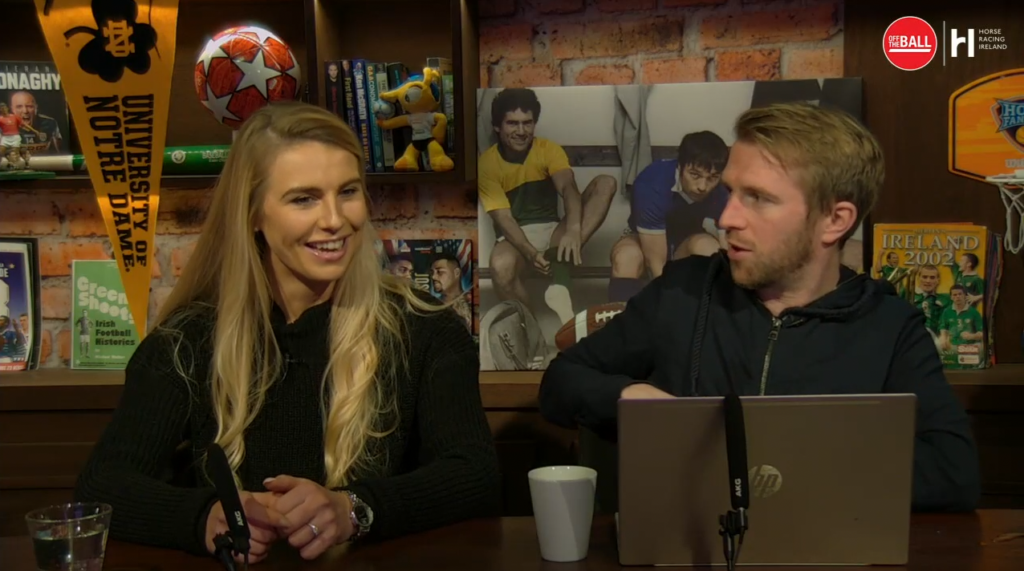 O'Connor also explained that for those who find that being a jockey isn't the career path they want to continue on, other alternatives are provided within the industry.

"Even the change in them within the year is unbelievable," she continued.

"I started in February last year and the group that were there graduated in June. There was such a difference in them. They just grew up in confidence and they'd chat to you."

She also spoke about her role in helping to open the female races on the flat to apprentice and amateur jockeys.

"There isn't a lack of talent there. I think there's a lack of opportunity," she said.

"I think it's something that's going to be a thing of the past soon. Because the girls are stepping forward. More girls are coming forward to do the course."

You can watch the full interview with Aine O'Connor above via our YouTube channel. Friday Night Racing is in association with Horse Racing Ireland.