Dundalk FC has confirmed that Shane Keegan is their first-team manager for the coming season, wit...

Dundalk FC has confirmed that Shane Keegan is their first-team manager for the coming season, with Filippo Giovagnoli part of the management team.

Having guided the Lilywhites to the group stages of the Europa League last term, the Italian coach was appointed as head-coach on a permanent basis in December.

But Dundalk's new sporting director Jim Magilton revealed this afternoon that Keegan, their former opposition analyst and a UEFA licence holder, has been promoted to the role of first-team manager.

"Filippo does not pick the team," the former Northern Ireland international confirmed.

"You guys know the inner workings of a football club, there's a lot of consultation.

"Opinions will be talked about and then it will ultimately be the manager that picks the team and you have to stand over that and we're all aware of that."

Magiliton added that Giovagnoli had no issue with being asked to take a step down to coach.

"There are no issues. Okay there's going to be times where there's debate about picking a team but it's about putting them into a shape and letting them play." 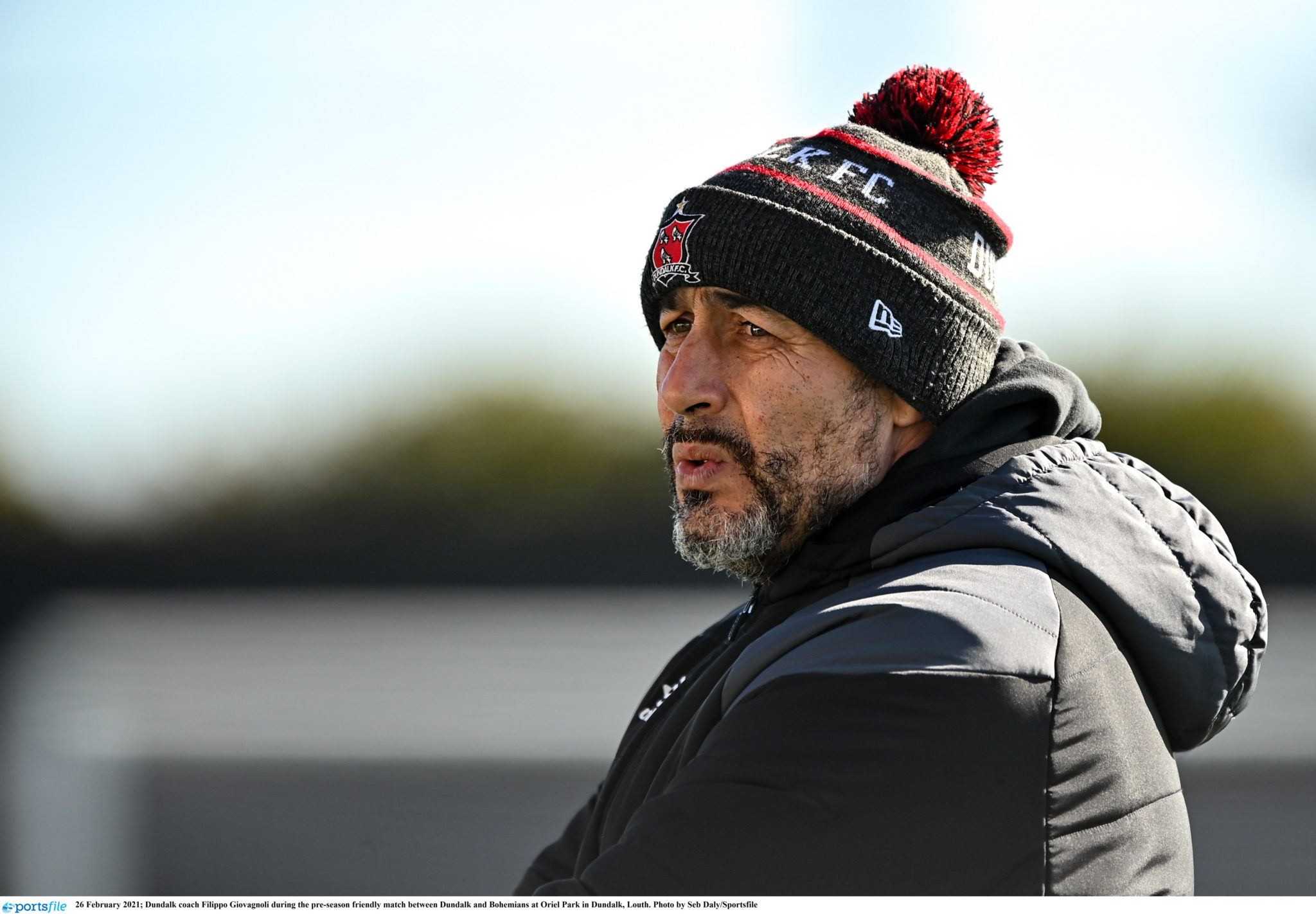 Laois-native Keegan will be in charge for Friday's President's Cup clash with Shamrock Rovers and he says there's no friction over the new setup of the coaching team.

"Genuinely, I could count on one hand the amount of times myself and Filippo have actually had any serious disagreement in terms of picking the team.

"Thankfully the way this structure has come about, the lads have managed to put a structure of management staff and coaching staff that think extremely similarly in terms of our broad principles of the game and how the game should be played and what we want to try and do.

"It's not going to be the case of one particular person pulling rank over any other particular person because 99% of the time after a discussion we generally tend to converge down the same path and almost always our outcome in any situation around our training plan for the week, our tactics for the weekend or our starting 11 generally come to a similar conclusion that we're all happy with so there's no pulling rank or anything like that." 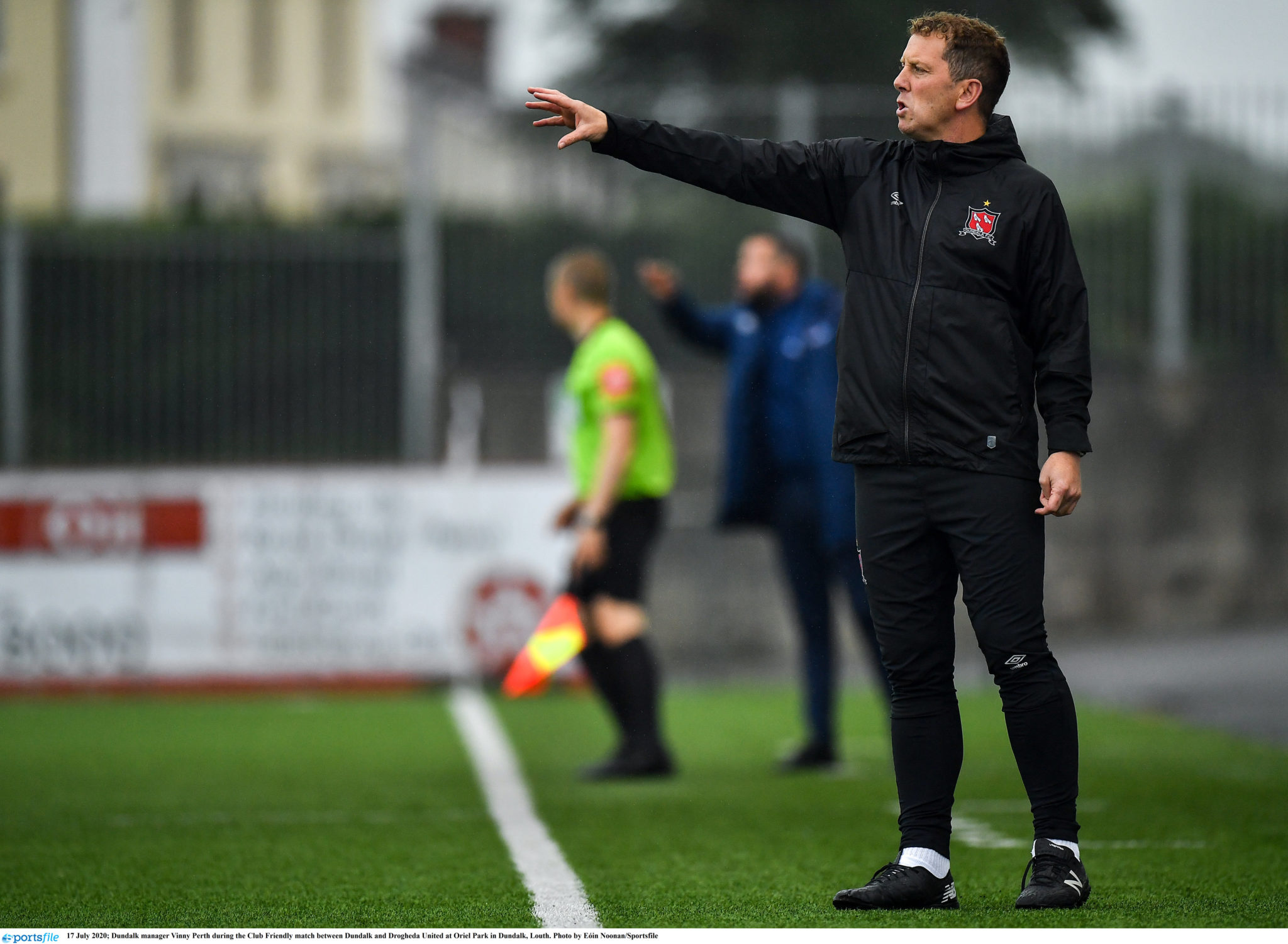 In December, former Dundalk boss Vinny Perth spoke to OTB Sports about his surprise of the length of contract handed to Giovagnoli by the club's owners' Peak6.

"I think Peak6 are good people and I think their hearts are in the right place," he stated, "but I'm confused like any other fan. One-year contracts for players followed by a four-year contract for the new boss - there's only one boss in Dundalk - confuses me."

With a number of key Dundalk players facing uncertain futures with the club and some already out the door, Perth's impression of the "new boss", Sporting Director Jim Magilton, has been a positive sign - but only serves to muddy the waters in general.

"He is a really good appointment," Perth stated, "and it would be safe to say that I would have suggested somebody like Jim and that his name would have come from someone like me because I felt the club needed someone like that.

"But he's on a four-year deal. That's a long-term commitment within football and when you're giving one-year deals to players, that's not building or getting them to buy-in. That confuses me a little bit."