Republic of Ireland internationals Rianna Jarrett and Megan Connolly have signed new contracts to remain at Brighton for next season.

Jarrett got off to a flyer for the Seagulls after signing a deal with them in January until the end of the 2019/20 season, bringing to an end a nine year spell with hometown club Wexford Youths.

The 25-year-old scored a double on her debut against Crystal Palace in a 3-0 FA Cup win but, unfortunately for the Irish striker, the league was shut down before she had the chance to make her Women's Super League debut.

She had been named in the match-day squad for the first time, in Brighton's last match against Tottenham at the end of February.

However today, the club included Jarrett on a list of 14 players to have accepted contracts for next season while the player also confirmed the news with a short post on Twitter today.

"Delighted to have signed a new contract with Brighton, looking forward to getting back to business for the upcoming season," wrote Jarrett.

Delighted to have signed a new contract with @OfficialBHAFC, looking forward to getting back to business for the upcoming season 💙 pic.twitter.com/FZzloH4u8P

Connolly has become a regular in the Brighton midfield since moving there in January 2019 from Florida State Seminoles where she had spent three years.

The 23-year-old Cork native initially signed a deal until the end of the 2018/19 season and will now remain with the club for a second full term.

Head coach Hope Powell said, "We’re delighted to have the nucleus of a strong squad committed for next season.

"We are working hard to bring in some new faces so we can build on the progress we’ve made since joining the WSL.

"There is no firm date for when the season will re-start but we hope for some clarity soon so we can start looking forward and planning for a resumption of football." 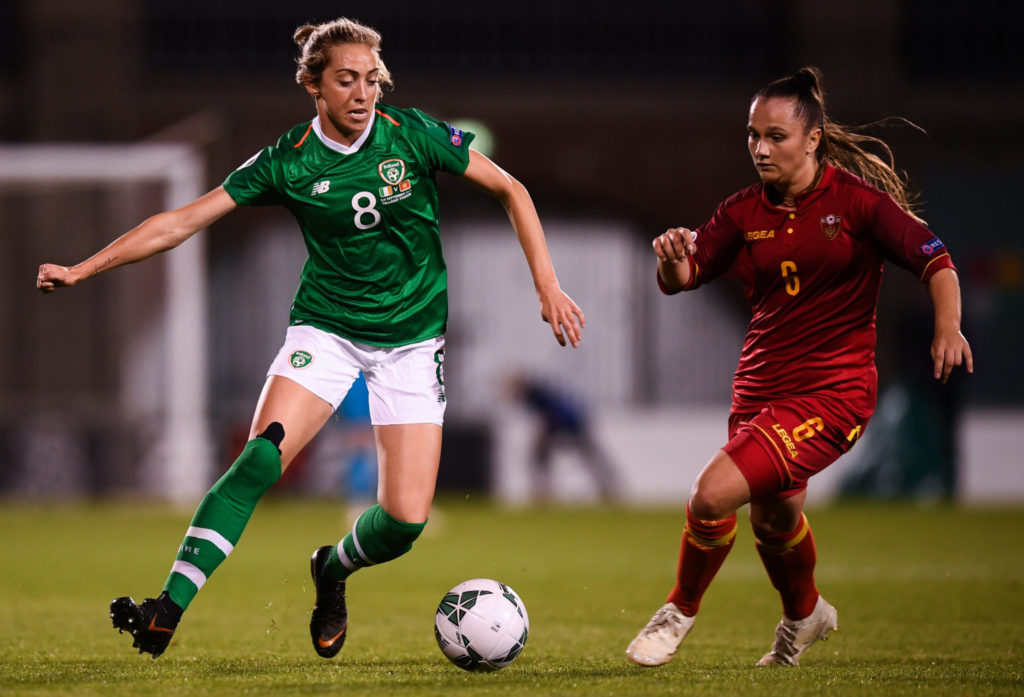 3 September 2019; Megan Connolly in action during the UEFA Women's 2021 European Championships Qualifier between Republic of Ireland and Montenegro at Tallaght Stadium. Photo by Stephen McCarthy/Sportsfile

The Women's Super League season was formally ended on 25 May and the FA board decided that places would be determined on a points-per-game basis which meant that Brighton finished in 9th position from 12 teams.

The Premier League has offered £1m to help get the WSL and the FA Women's Championship's new seasons underway.

The funding is to help cover coronavirus testing costs but there has been no official date set for the start of the 2020/21 season just yet.