Bohemians to welcome 8,000 to Aviva for Dudelange second leg

Bohemians will be able to welcome 8,000 fans to the Aviva Stadium for their UEFA Europa Conferenc...

Bohemians to welcome 8,000 to Aviva for Dudelange second leg

Bohemians will be able to welcome 8,000 fans to the Aviva Stadium for their UEFA Europa Conference League second leg with Dudelange.

The number is a 2,000 increase on the capacity for last week's 3-0 win over Icelandic side Stjarnan at the same venue.

Bohs had requested a return to the Lansdowne Road venue for the second leg of their second round qualifier. The first leg takes place in Luxembourg this Thursday. Dundalk reportedly had a request to play the home leg of their tie with Levadia Tallinn at the same venue, but were turned down. The Lilywhites will instead play at Tallaght Stadium.

The atmosphere last week played a huge part in what was Bohemians' biggest European victory since a 5-1 win over Rhyl in the 2008 Intertoto Cup. 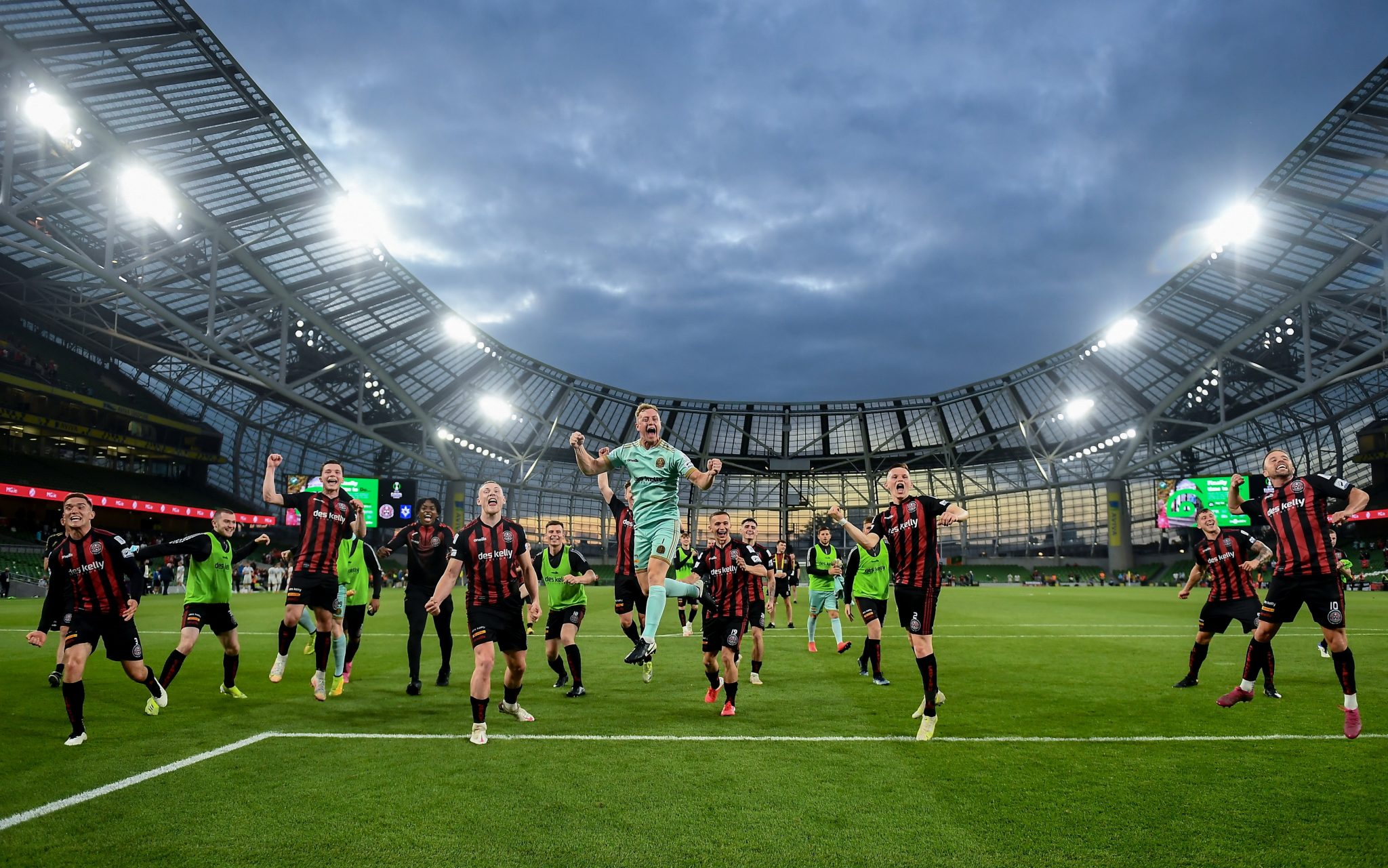 Pre-sale tickets for club members and season ticket holders will be made available from 2pm on Wednesday afternoon.

Tickets will go on general sale from 10am on Thursday morning via Ticketmaster. Tickets can only be bought in pairs to maximise capacity while adhering to two metre social-distancing.

Meanwhile, Bohs have also confirmed that their FAI Cup 1st round tie with College Corinthians will be played at Turner's Cross this Sunday with a 3pm kick-off.