Arsenal manager Mikel Arteta has no issue with club supporters protesting ahead of Thursday night...

In the wake of the postponed Premier League clash between Manchester United and Liverpool after United fans protested at Old Trafford, Arteta was asked if he had any concerns over further protests that look set to take place before kick-off against the Spanish side.

"I think that they have to be able to express themselves and if it’s done in a specific way, they have the right to do it," he said.

"We will try to prepare the game the best possible way I wouldn’t like to use any excuses if something happens with that.

"I know that the only purpose of the fans is to defend the club and they want the best for the team. We will try to do the same."

Arteta and his players need to overcome a 2-1 deficit from the away leg last week and he will take any help that he can get to motivate his team.

He admitted that seeing a lot of supporters around the stadium as they make their way there for the match could be just what is needed.

"I think that would be great. We’ve been missing them so much, we need them," said Arteta.

"If the players feel like they are right behind them, supporting them, again I think it’s only the tenth time the club have played a European semi final so it’s a big moment for us.

"Hopefully we can have them closer than we’ve had already in the last few months." 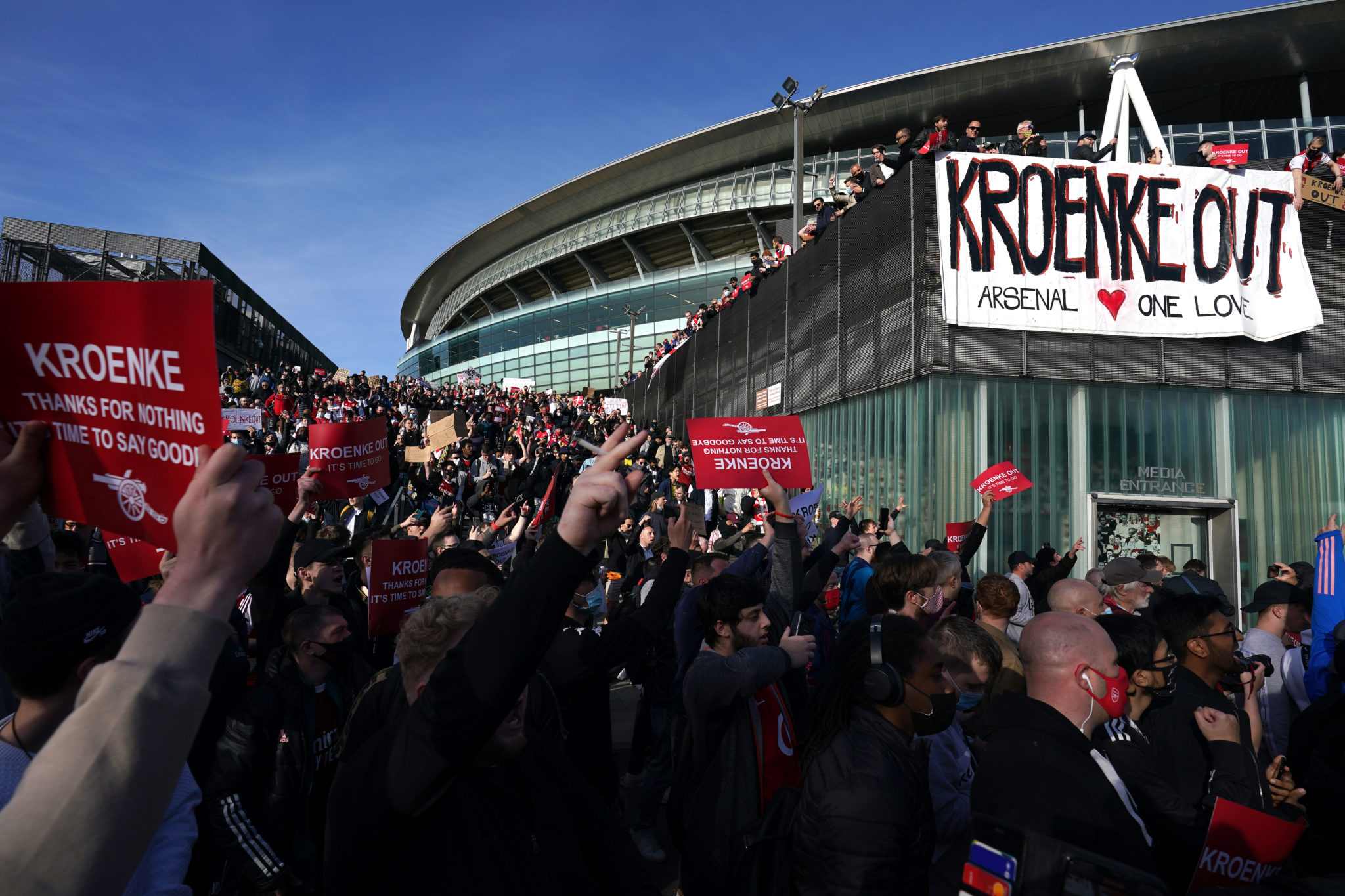 It is understood that the Kroenke family are not interested in selling the club but Spotify co-founder Daniel Ek has been in touch with them about a possible deal.

Arteta insisted he was out of the loop for that particular conversation but that the lines of communication with his club's owners are always open.

"They’ve been in touch with us in the last week or so and in a really convincing way as I said already last week," said Arteta.

"[We speak] often enough. And the rest Vinai [Venkatesham], Tim [Lewis], Edu they do it as well really often. They have a really good communication line.

"We have to try to be away from all the rumours and everything that’s happening around the club and focus on the pitch.

"The best way to help the club to be in the best possible position is to win football matches and be competitive at the highest level."