'Like arriving in New York in the last century,' says Ukrainian refugee about reaching Ireland

A Ukrainian refugee has said that arriving in Ireland by ferry was like how he imagined immigrant...

'Like arriving in New York in the last century,' says Ukrainian refugee about reaching Ireland

A Ukrainian refugee has said that arriving in Ireland by ferry was like how he imagined immigrants fleeing persecution felt arriving in New York in the last century.

Father of three, Tymur Vodchenko, was given an exemption from military service and allowed to leave the country because of his young family.

Until recently living in the now besieged city of Kharkiv, he and his wife, Kate, decided to flee because they felt increasingly unsafe:

“We live approximately 60km from the Russian border,” Mr Vodchenko explained to The Pat Kenny Show.

“So when it began we were the first ones who heard the explosions and we saw fire, we saw smoke… it was at five o’clock in the morning on 21st February.

“And we gathered our children, our stuff that we could find and we put it in the car and went to another part of the city of Kharkiv that is more western and southern… And after there was bombing every two hours we had to move to the basement with all our children with her [Mrs Vodchenko’s] parents… so it was impossible even to sleep even at night.

“Plus, Kate’s parents felt sick because of high blood pressure and heart disease. So we decided that it would be more safe to move inside Ukraine but more to the west.”

Originally, all seven members of the family planned to stay on in Ukraine. However, the intensity of the fighting convinced them it would be safer to leave Eastern Europe entirely: 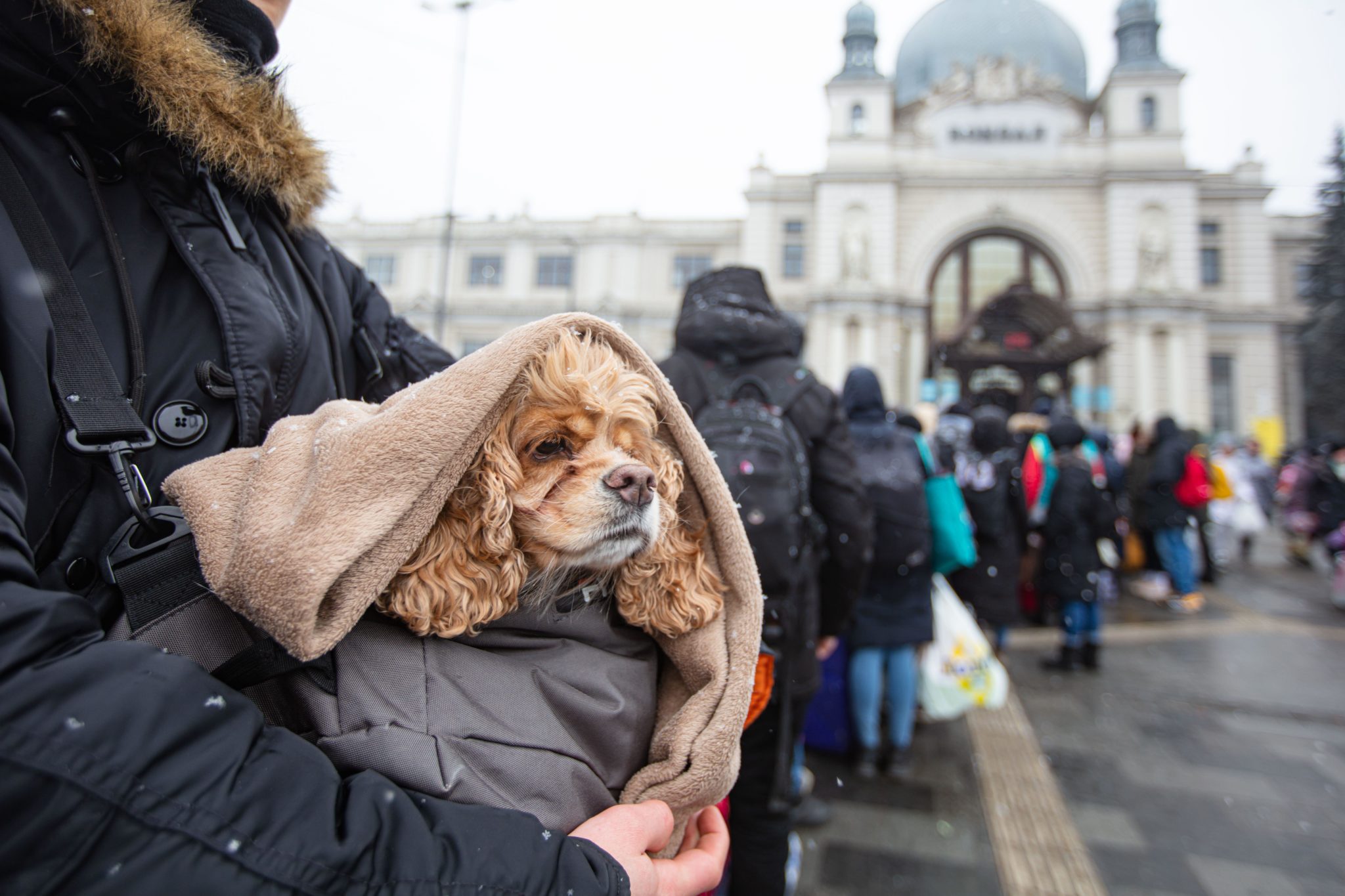 People wait at Lviv railway station in Ukraine for a train with their belongings, and pets, on March 7th 2022. Picture by: Ruslan Lytvyn / Alamy Stock Photo

None of the family have a prior connection to Ireland but decided to come here because Mrs Vodchenko has a friend who could help them settle in:

“Kate’s college friend… said that she cooperates with the fund which helps Ukrainians move to Ireland,” Mr Vodchenko continued.

“First we thought that it is very far and it is not really ideal to get there. But first we had to understand how can we get to the Ireland because it is an island and we have to cross the sea.

“So we found that there is ferry and we couldn’t go through the UK because we don’t have visas. So we had to move through France.

“The internet helped us very much because we found information, we found that [for] Ukrainians the tickets for the ferry are free of charge. So we started to plan our trip from Romania to Ireland.”

The journey was over 3,000kms and took them over a fortnight to complete but arriving into Rosslare Harbour was a moment of supreme emotion for the family:

“When the ferry came to Rosslare it felt like in the last century [when] it was New York where people came from other countries for a new life,” he said.

“Because we don’t know if our homes are still not destroyed in Kharkiv.” 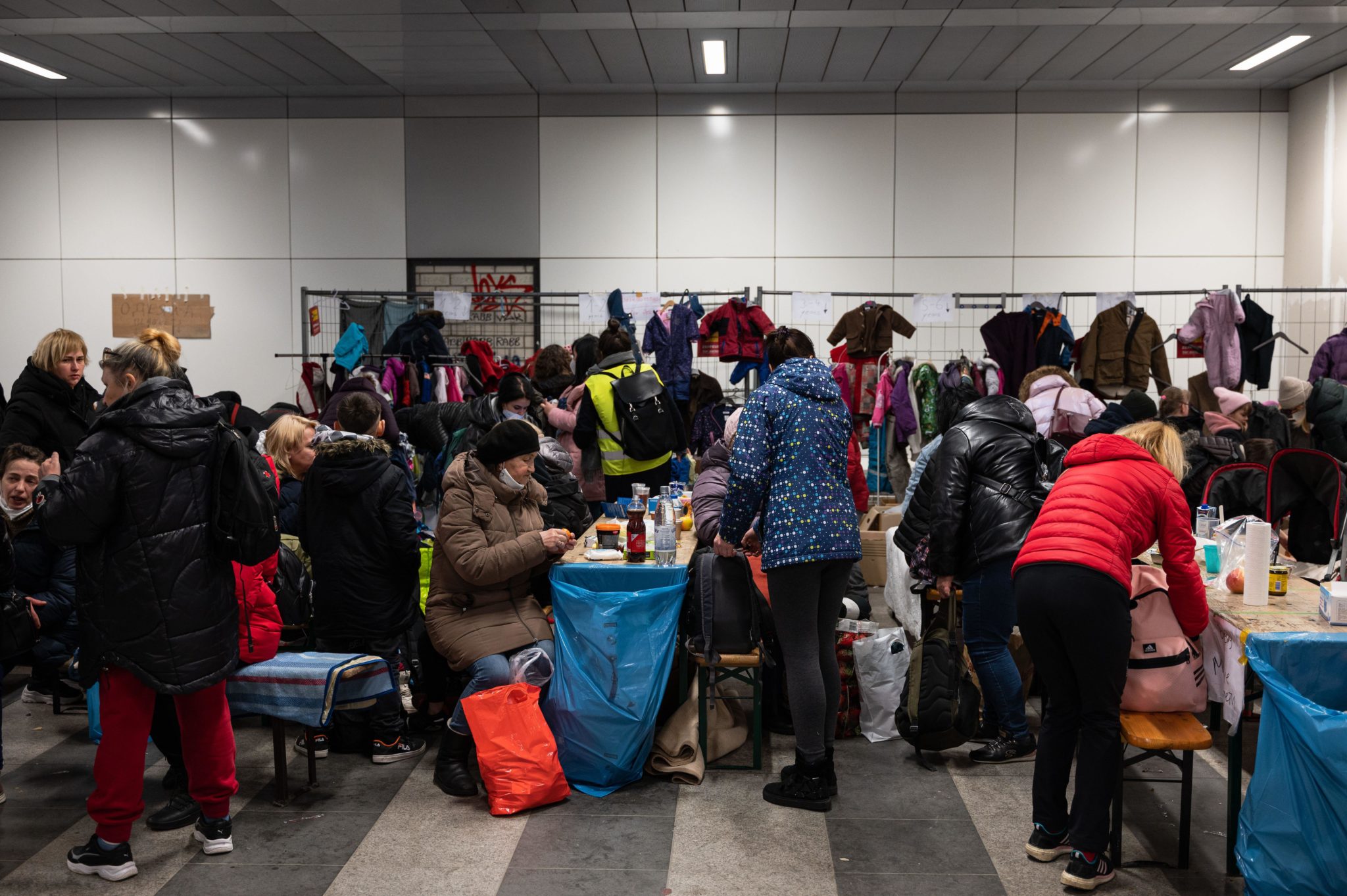 Berlin, Germany, Europe - Place of refuge for war refugees from the Ukraine after their arrival at Berlin Central Station.

The family is current staying in Bray but will soon move to more permanent accomodation in the west of Ireland where the children will start school and Mr Vodchenko will look for work:

“First we want to send our children to school if we have an opportunity… and of course I will search for a job, maybe the next week because tomorrow we are moving to our new house which was kindly provided in Mayo County.”

It is a huge relief and the family feel nothing but gratitude to those who have helped them flee war:

“Thank you very much, a lot of people help us along the whole journey,” Mr Vodchenko continued.

“We are grateful for many people in Europe and especially in Ireland. Thank you very much!”