The Scottish Championship club have signed the English striker on a deal until the end of the season.

The 24-year-old joins the Honest Men after leaving Bohemians where he overcame a slow start to become a key man in the club's qualification for Europe in two consecutive seasons.

Wright spent 18 months at Dalymount Park and scored 16 goals in 35 appearances for the Gypsies, helping them to a second place finish in the league last season.

Ayr boss Mark Kerr believes they have a player who has developed well over the last couple of seasons.

"We are delighted to get this deal done and we have been working hard to add some presence up front," said Kerr. "Andre has a good pedigree and was highly thought of when coming through at West Brom. 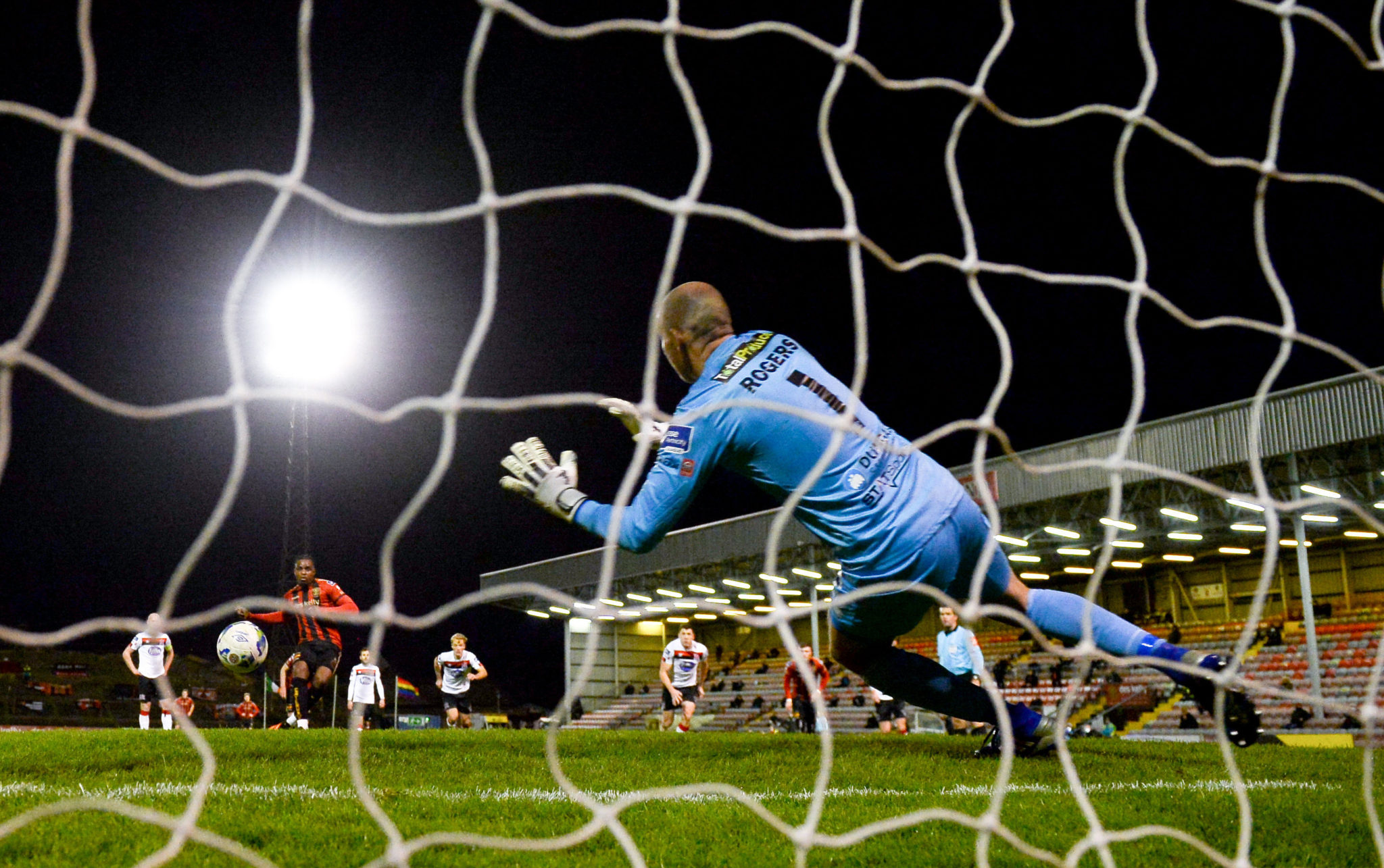 20 November 2020; Andre Wright of Bohemians scores his side's first goal, from a penalty, past Dundalk goalkeeper Gary Rogers during the Extra.ie FAI Cup Quarter-Final match between Bohemians and Dundalk at Dalymount Park in Dublin. Photo by Stephen McCarthy/Sportsfile

"He comes to us hungry and at the right age and will hopefully make a big impact to the way we play. Now I feel that we have some really good options in the forward area of the pitch."

Hailing from the West Midlands, Wright started his career with local side West Bromwich Albion and gained first team experience during his time with the Baggies on loan at Kidderminster Harriers, Torquay United and Coventry City.

Wright also earned the accolade of a place in the 2020 PFAI Team of the Season in December.