Most of the Team 33 crew were just children during that World Cup. Indeed, I myself was just five and didn't even like football. But the memories came flooding back this week.

Tuesday marked 25 years to the day of Ireland's first tournament victory (within 90 minutes that is). Ray Houghton's goal, Paul McGrath's defiant defending... all occurred at Giants Stadium against Italy on June 18th 1994, and those stories still resonate today.

But there were other little details that Joe Coffey, Derek Ryan, Jonathan Higgins, Conor Neville, Ciaran Bradley and I dredged up from USA 94.

You can listen to the full (unapologetically nostalgic) podcast just below or here. Or you can subscribe/stream on iTunes for free.

A few little details from the tournament sprung to mind during our look back, so in no particular order...

As Derek reminded us, the day before Ireland vs Italy was eventful. In fact, June 17th 1994 was the subject of a ESPN 30 For 30 documentary.

That was the day USA 94 kicked off, the NBA finals were on, as was the US Open golf. But also coincidentally the same day the infamous OJ Simpson car chase occurred.

"I spoke to Irish fans who were in New York that night and the Knicks were playing, I think, the Houston Rockets in the NBA finals," said Conor of a piece he'd written on the subject. 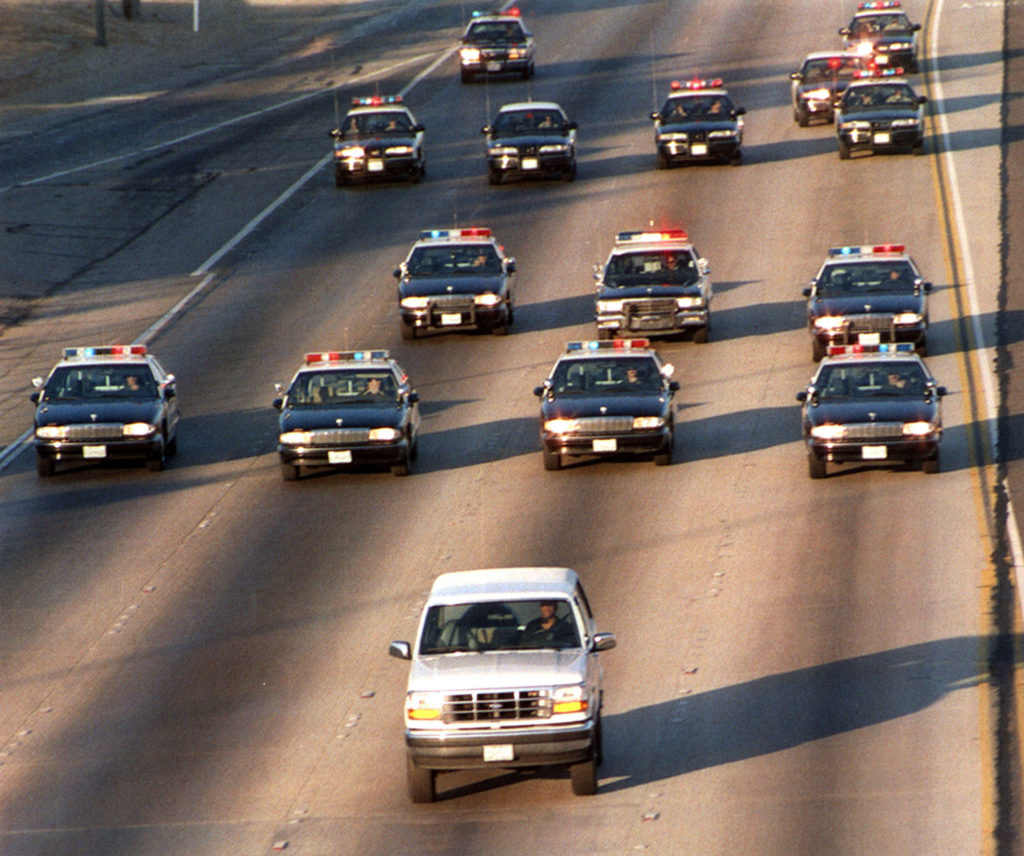 "And everyone was watching that in the pub the Irish fans were in. But as you may have seen from the OJ Simpson series, they took the decision to switch from the final to this car chase.

"The Irish lads I spoke to said the entire pub was up in arms [about the TV channel change]. But the Americans, when they realised what was on the screen, which was OJ Simpson's car, no-one demanded that the basketball match be put back on. I don't know whether the Irish lads knew much about it."

The Northern Ireland final qualifier is the one we tend to think of most on the Boys in Green's journey to USA 94.

But Joe brought up one of the games against Spain in the group.

"My first memory of the team was actually them playing Spain in 1993," he recalled.

"Mainly because it was on in the middle of the day because Lansdowne Road had no floodlights."

That sparked another memory from Derek of that match against the eventual group winners.

"I remember George Hamilton when [Spain] scored their third goal, shouted 'MISERY' randomly... and we lost 3-1."

"That song, when you're a kid, that 'we'll really shake them up when they win the World Cup', well I just thought Ireland must have won a few World Cups at this stage," said Joe, transplanting himself into the mind's eye of his much younger self. 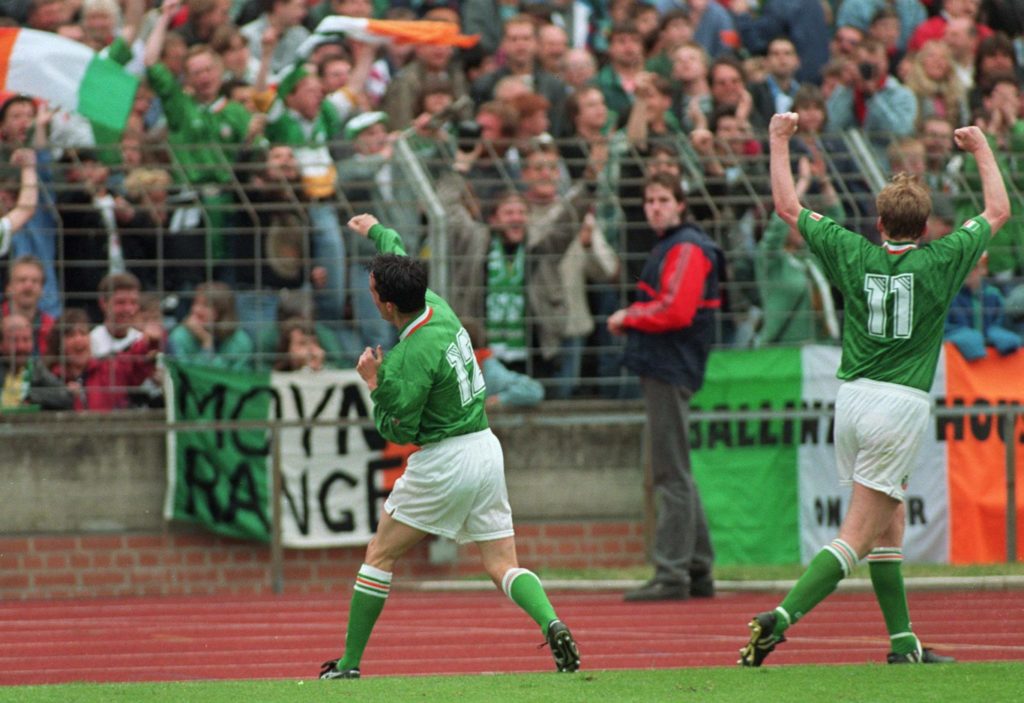 A Mexican Wave of Heat

We all know about the soaring temperatures from Ireland's 2-1 defeat to Mexico in the second group game.

Of course, there was Steve Staunton's infamous sun-deflecting cap.

But Ciaran had a good line about that: "I remember someone describing Steve Staunton running up the touchline as you would see a knob of butter going across a pan!"

Tommy Coyne passing out on Ireland's flight after the heat of the Mexico match in Orlando did come up in our recollection.

But also we recalled the fact that Dennis Bergkamp's fear of flying worsened after an experience at USA 94.

However, that didn't stop him scoring against Ireland in the last-16. 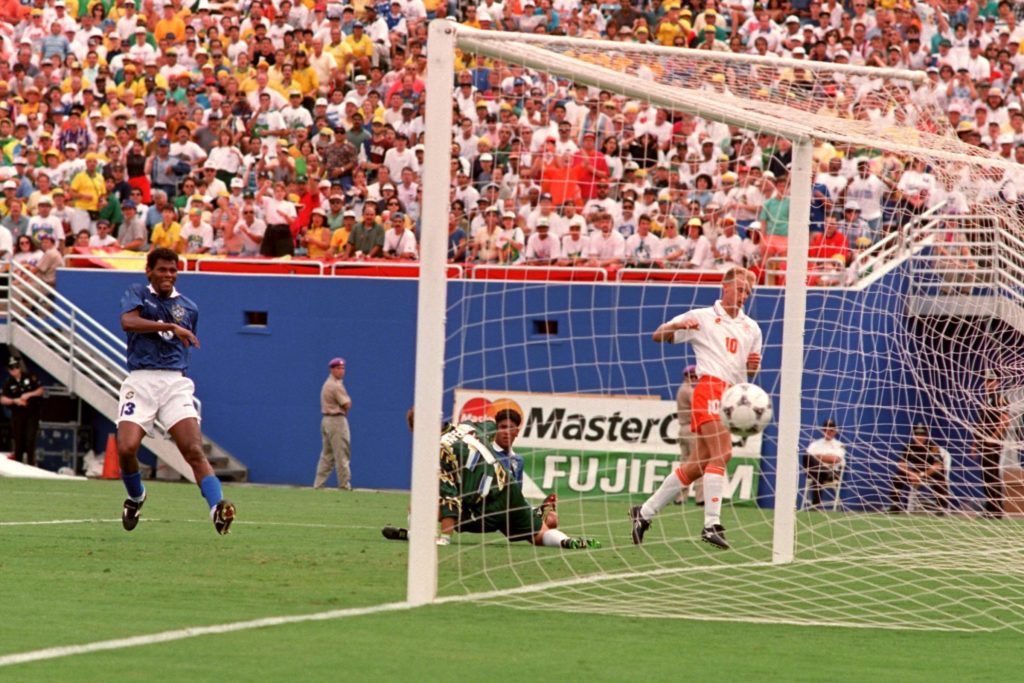 The tournament started with a penalty miss... Diana Ross' in the opening ceremony. And it was bookended with Roberto Baggio's penalty miss in the final. 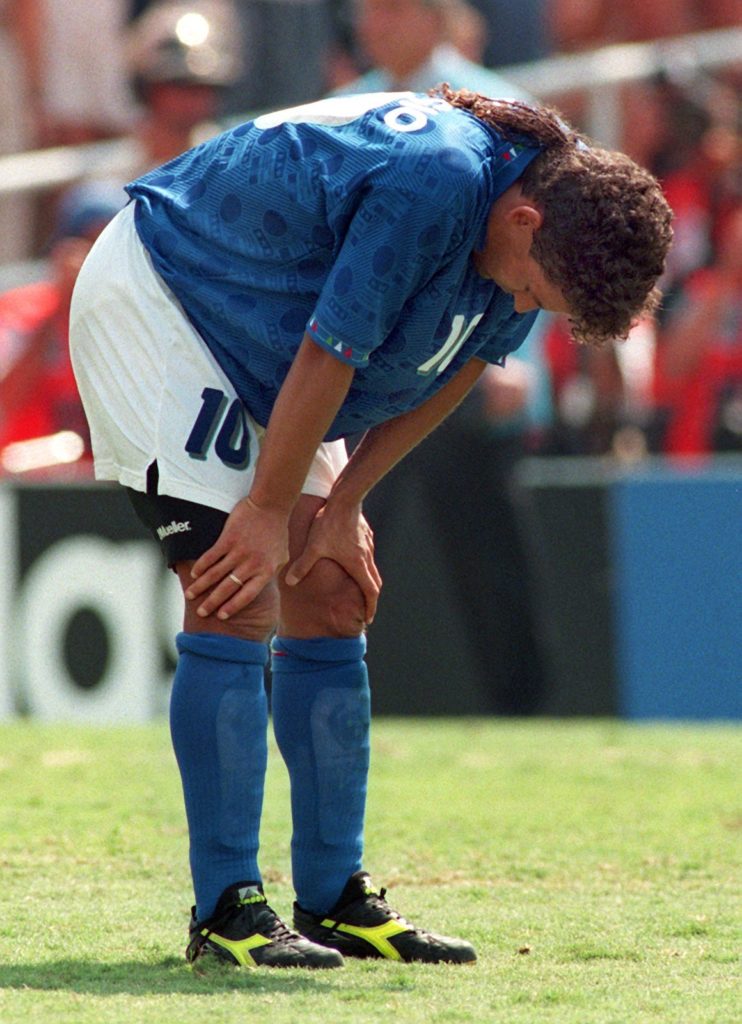 Italian midfielder Roberto Baggio rests his hands on his knees in disappointment after missing the goal in the penalty shoot out in the final of the Soccer World Cup in Pasadena/California, USA, 17 July 1994. Brazil wins the final 3-2 and wins the world cup for the fourth time.

But lurking underneath his shorts were black strapping, highlighting an injury he was carrying as Joe recalled.

The lads were transfixed by the sheer scale of the stadiums used at the tournament.

"It was bigger than any World Cup that's come since," said Joe of the attendance at the final in the Rose Bowl.

But the size of the goal-nets also jumped out to Joe, including the stanchion positions.