Hunt joined Ger Gilroy and Eoin Sheahan on OTB AM this morning to discuss Stephen Kenny replacing Mick McCarthy at the helm.

Former Manchester United defender O'Shea joins the Irish under-21 managerial team under Jim Crawford, and Hunt says he expects the Waterford man to manage at a top-level himself ultimately.

"There's no doubt John O'Shea will be manager one day, he's just started his journey now. He started coaching this year with Reading so he's had five, six months at Reading.

"He's still on the learning train... listen, I've known John since he was 12, he doesn't put anything to chance. He does his homework, he studies hard, football is sometimes about learning the ropes, seeing what mistakes people make.

"I'm sure John will go into the under-21 set-up wanting to do well, wanting to win first and foremost. John's getting a look at young players like Keith Andrews has done... got a feel for their characters, got a feel for how they play.

"He's PR perfect to be a manager, he relates to the fans, he gets them, he gets what they're feeling, and obviously he's a deep-thinker of the game.

"So one day he will be [a] manager for sure, it could possibly be the senior international team, I'm not too sure what they're thinking. But one day he'll look to manage Ireland, whether it's ten years' time, twenty years' time. But he'll definitely go on and be manager somewhere."

Hunt also spoke about the Robbie Keane situation. His former international teammate was on the previous management team under Mick McCarthy, but is not involved with Kenny.

"I think Robbie would have had a conversation with the FAI when he took over on what [his] role would have been. I'm not 100% sure Stephen Kenny would have known about that.

"Robbie can certainly be an ambassador for the FAI going forward, does he want to be involved in the coaching? Only Robbie knows that."

Keith Andrews and Damien Duff are the two chosen by former Dundalk manager Kenny, alongside Alan Kelly, and Hunt says both Andrews and Duff deserve their shot.

"I was nearly about to retire and I trained with MK Dons, I seen Keith Andrews as a coach. He's very efficient, very well able to dominate the players and get what he wanted from them, in terms of a nice, strong view. 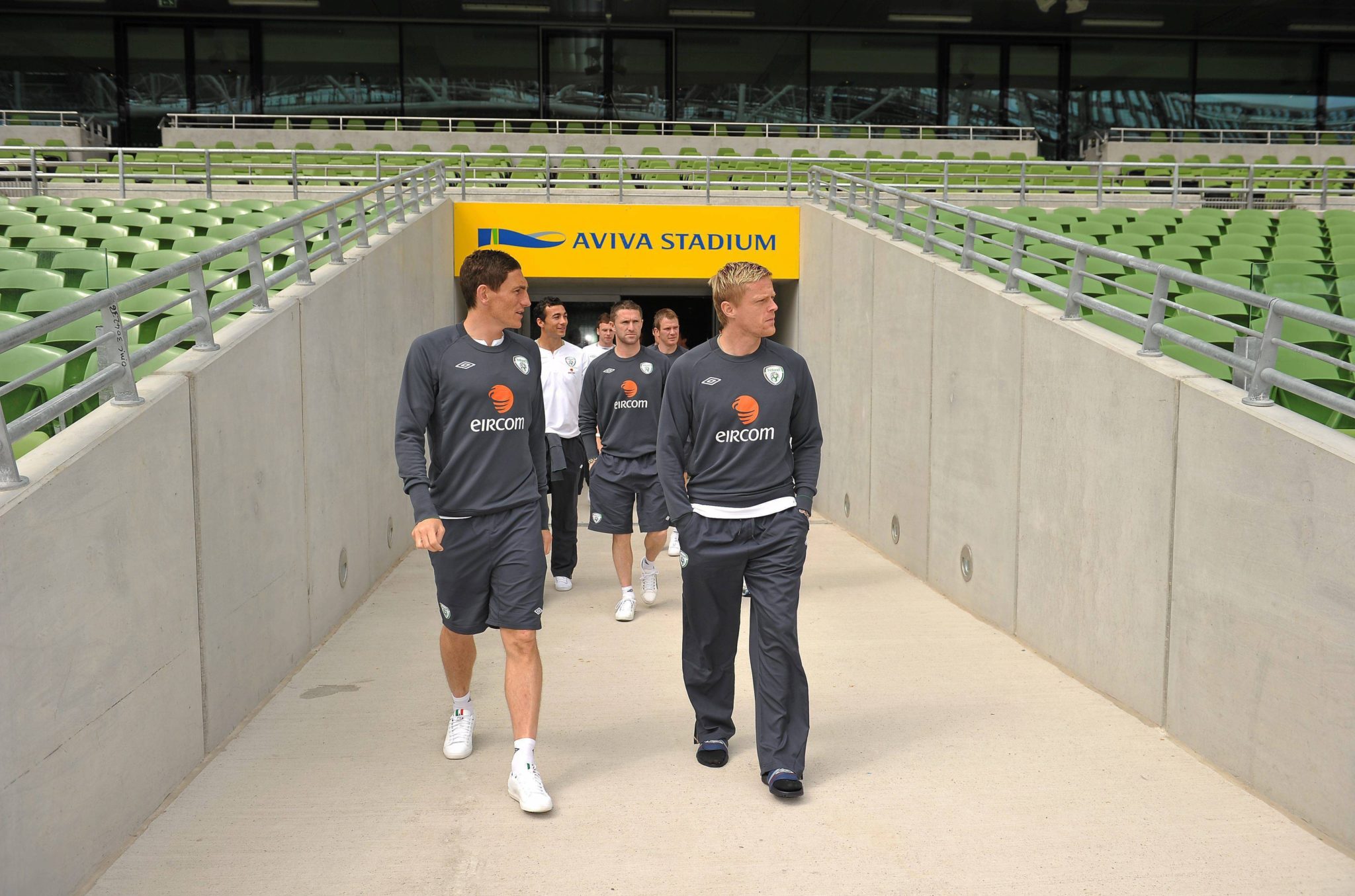 "Duffers has obviously turned into a bit of a fanatic, I did my UEFA 'B' course with him. You can tell he's a deep-thinker and wants to do things 100%.

"You hear things coming out of Shamrock Rovers when he was there with the young boys, no matter what level you have to train with enthusiasm.

"First and foremost both of them are really good human beings. Not only has [Stephen Kenny] got strong characters but he's got good people as well. I think that goes down to Jim Crawford and John O'Shea as well.

"So if I was [a] player, I'd be excited by them guys coming in with Stephen as well, for sure."

Former Reading star Hunt also paid tribute to Mick McCarthy's second tenure in charge, acknowledging McCarthy would be disappointed to not get to finish the job.

"When you look at the campaign as a whole I think it was stop-start, but... Mick has brought a connection back with the fans that was needed.

"He got the ball rolling, was going into the play-offs on the back of a good performance and a lot of confidence. At the same time they'll be disappointed not to qualify, but overall Mick will leave this job and look at it as a success."