The Brighton forward made a cameo off the bench in Georgia on Saturday.

But the Galwegian has now earned promotion to the starting team.

Aaron Connolly and the Starting XI 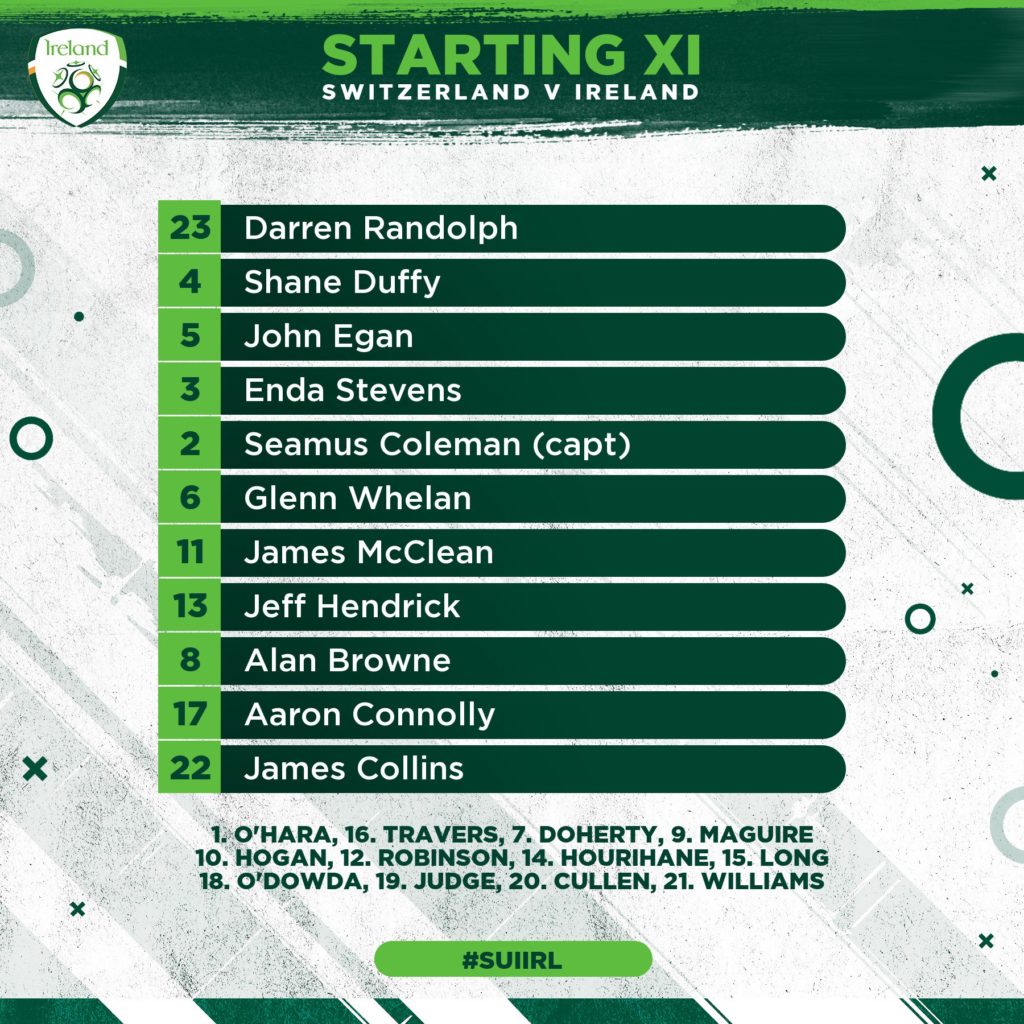 Enda Stevens returns to the side after suspension. The Sheffield United defender slots in at left-back, while Alan Browne also comes into the team in midfield.

Browne will feature alongside Glenn Whelan and Jeff Hendrick in the Ireland engine room.

James Collins reprises his starting role up front, with Aaron Connolly expected to play off him.

The game was at risk earlier today due to the condition of the pitch. But a pitch inspection at 6pm confirmed that the pitch was playable for the 7.45pm kick off.

We will have live commentary of the game with Stephen Doyle and Richie McCormack in Geneva. Stuart Byrne will also provide live analysis in the Off The Ball studio.

You can tune into our live commentary right here with links to all our streams.