If reports are to be believed, Everton are looking to add Djibril Sidibe to their squad. The Worl...

If reports are to be believed, Everton are looking to add Djibril Sidibe to their squad.

The World Cup-winning France right-back was part of the Monaco side that reached the Champions League semi-finals in 2016-17 and won Ligue 1.

But there is a concern from an Ireland perspective if Everton get a loan or permanent deal over the line. And that relates to the fact he's a right-back.

Seamus Coleman is the incumbent and the arrival of a right-back of that quality would appear to be a threat to his position.

Ex-Ireland and Everton winger Kevin Kilbane was back on The Football Show with us and shared his view on the potential transfer.

"Djibril Sidibe played in that brilliant Monaco side. It was Mendy left-back, Sidibe right-back - an attacking full-back," he said. 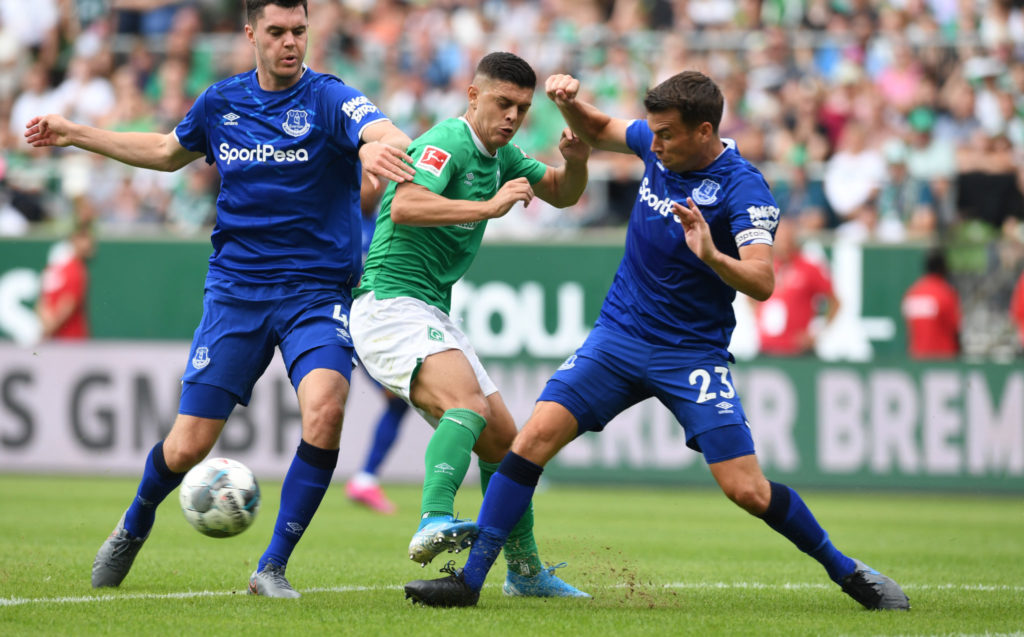 "They're talking about £15-20 million for [a deal]. But it looks as though they're trying to get the deal over the line."

And if that deal does happen, how concerning is it for Coleman?

"It is a worry, yeah.  Paying that amount of money for a French international - I think he's got around 20 caps and he's been a regular starter for France in the quality that they've got.

"So yeah, it is a worry and it has to be a worry. Definitely."

You can watch the full Football Show with Kevin Kilbane and Joe Molloy on YouTube.