Alan Quinlan joined OTB AM this morning for a check-in, and the crankiness of a certain Ronan O'G...

Alan Quinlan joined OTB AM this morning for a check-in, and the crankiness of a certain Ronan O'Gara was one topic up for discussion.

Quinny said he was chatting to his old teammate at the weekend, and received some rare praise as a result.

"He [ROG] said he was watching back some old Munster games, and he was telling me how good I was and how influential I was for many of the tries Munster scored!

"I was there 'Will you do me a favour, go on Off the Ball on Monday and tell the world about this, give me as bit of an ego boost and make me feel better in myself!'

"I was saying 'You got all the glory, with your shiny Adidas boots on you, getting paid to wear them!' Taking the shots at goal, and finishing off the work forwards were doing.

"I didn't really get credit at times but look, I didn't want it! It's always nice to hear people saying good things about you but it's funny just when he was saying that to me on Saturday.

Quinlan also acknowledged that O'Gara was certainly one of the more difficult teammates to please, but in a good sense.

"He was pretty hard to please... he was just so demanding. He demanded high standards of himself and everyone around. He was narky, he was fiery, we were always very close, and that probably led to us having lots of little verbal scrapes - verbal because I could never catch him!

"I remember coming back from an injury one time, we were actually training at Garryowen... he more or less told me I was on the second team. I was just being my usual self trying to mess up the opposition and frustrate them, we had a little scrap and he told me I am where I am because I'm such a 'useless f****r' and more or less said I deserve to be over here. He apologised pretty much straighaway afterwards!"

ROG was on Wednesday Night Rugby last week alongside his old Munster and Ireland teammate Peter Stringer. Stringer told Joe Molloy about O'Gara's moods, which would sometimes come to the fore at training.

"Yeah, always! Not in a bad way, like there were times you were annoyed at each other and I'd be annoyed at other fellas and again you can't dwell on little moments.

"If I threw a bad pass I knew myself, you don't need somebody else to tell you about it. We're our own biggest critics right throughout our careers. 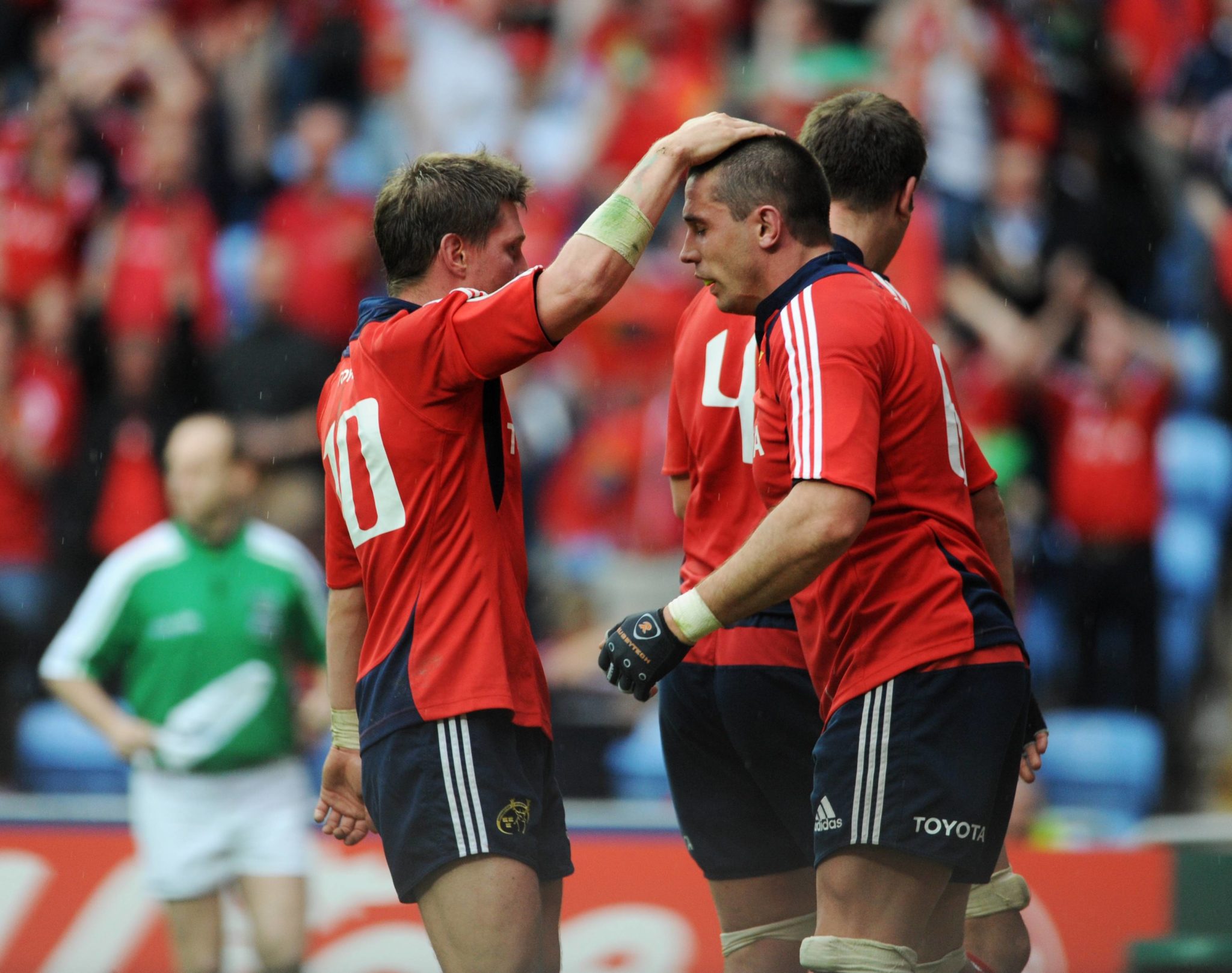 "At times in that moment when you know you've messed up and haven't lived up to the standards you've set yourself, the last thing you want is someone in your ear telling you the same thing.

"But that's part of it, that's human nature. You're in rugby, you're in an environment where people get cranky..."

Quinlan also added that in these quieter times, as the country and the world deals with the coronavirus, he finds getting fresh air is a crucial aspect of his days.

"My son keeps asking what time it is! The days are long, it's important to get exercise. My son and I get out on the bikes, go to the park and move around as much as we can.

"Obviously we've got to be even more careful now with the new restrictions... but I think everybody's finding it challenging and for me it's about getting out in nature, and keeping moving."