Seamus Coleman on Denmark: "Get in their faces"

Seamus Coleman believes the Republic of Ireland can get a positive result in Denmark. The Republi...

Seamus Coleman on Denmark: "Get in their faces"

Seamus Coleman believes the Republic of Ireland can get a positive result in Denmark.

The Republic of Ireland squad are in Portugal to prepare for next month's Euro2020 qualifiers against Denmark and Gibraltar. Mick McCarthy's side sit top of Group D with six points after wins over Gibraltar and Georgia in March.

Attention now turns to the game against Denmark on June 7. The Boys in Green go back to the Parken Stadium in Copenhagen, where the sides drew 0-0 in the first leg of their World Cup playoff. The second leg at the Aviva Stadium didn't go so well, with Denmark winning 5-1.

Seamus Coleman wasn't involved in either game due to injury but he says the players haven't forgotten about the disappointment of missing out on the 2018 World Cup.

"I think our full focus is going to be on the first game for now and then after that we look to Gibraltar."

"We got a bit of history with them, they're a very good team with some very good players."

"But I fully believe that this squad and the way we performed recently we can go there and get a result." 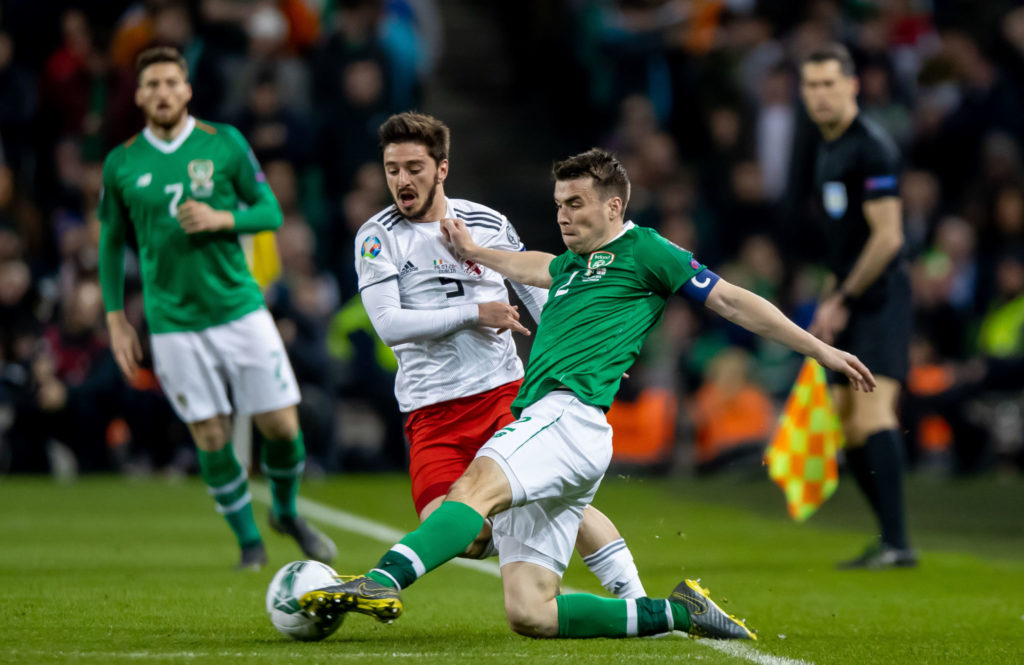 The performance in the opening game away to Gibraltar received plenty of criticism but it was a much-improved display against Georgia a few days later.

The team played with an energy that night and Coleman believes more of the same will be needed in Copenhagen:

"Get at them, get in their faces from the start and don't let their quality players play which is easier said than done,"

"We've got a great group of lads in there and we have full belief, it's a very game for us."

Christian Eriksen was the difference between the sides in the infamous 5-1 win in Dublin in 2017.

The Danish captain will be in action for Tottenham in the Champions League final just six days before the qualifier with Ireland.

Christian Eriksen not permitted to play in Italy