On Sunday, Sarah Dervan captained Galway to victory in the Camogie National League final. A fifth...

A fifth title for the county, they beat Kilkenny 0-16 to 2-8 in the decider at Croke Park.

Fresh from that triumph and with a Championship to come, the full-back joined us on Off The Ball.

"Fantastic. It's not often we get to play [at Croke Park], so it's great to get a match in there now. And to win was class in fairness," she said.

"Hats off to all parties"

"It's a fantastic pitch and the surface is just exceptional. So it's great to get camogie out there and especially with the two men's matches on after. It was a great day.

"And you have to say hats off to all parties: The camogie, the GAA and Croke Park for letting us bump in on the day." 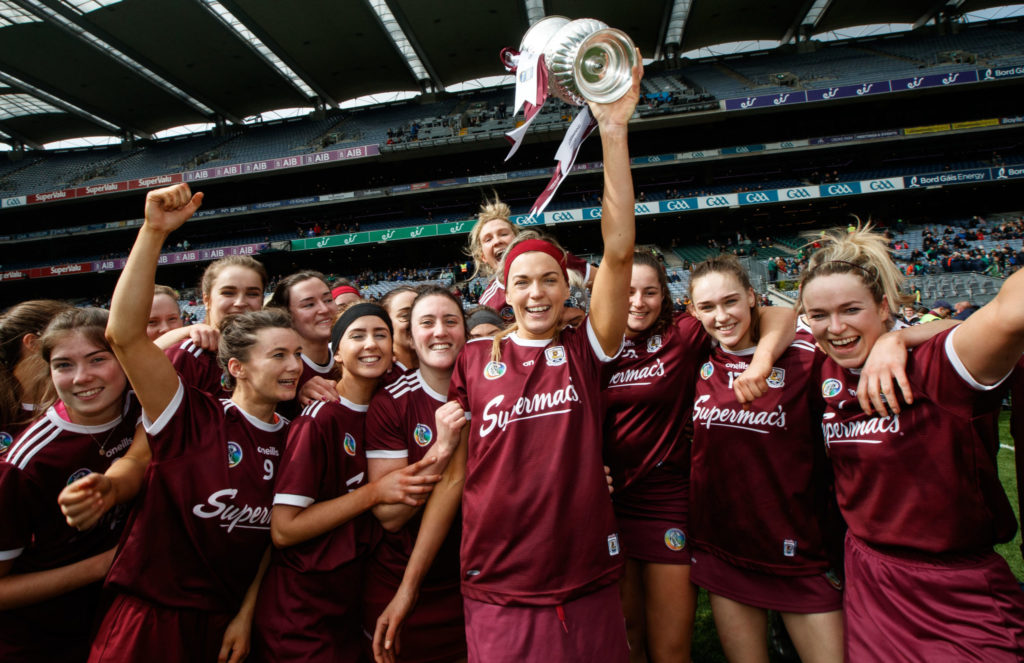 The game itself saw Kilkenny fight back with two goals and tested Galway's resolve.

"We saw the second goal and we said, 'This is a test of character now. We have to stand up and be counted,'" said Dervan.

"Thankfully, Niamh Hanniffy got an outrageous point underneath the Hogan Stand to settle the nerves a bit again and give us more belief back.

"It was great that we actually did answer it and it was important for us to get that win."

They also wanted to dispel perceptions about Galway's resolve this year.

"Last year, Kilkenny beat us three times and we were always getting to semi-finals and stuff like that, but not breaking through to the final," Dervan said.

"We know we're good camogie players and we maybe just didn't believe in ourselves that we had the capability of actually competing with the top two teams, Kilkenny and Cork.

"For us, the league now we were building a bit of confidence in ourselves and grow from that for Championship."