Opting to step away from the Tyrone county panel, Ronan O'Neill admitted that he could one day be...

Opting to step away from the Tyrone county panel, Ronan O'Neill admitted that he could one day be tempted to return on Tuesday's OTB AM.

"It wouldn't really be up to myself," Ronan O'Neill suggested when the proposition of a Tyrone return was put to him, "but I left on good terms, and we'll see how I get on the rest of the year with the club.

"I wouldn't like to think it'd be the end of me, so hopefully at some stage I'll get back in the Tyrone colours."

A late substitute during Tyrone's All-Ireland final defeat to Dublin last year, the 26-year-old decided to step away from the inter-county scene at the tail end of this year's National League campaign. 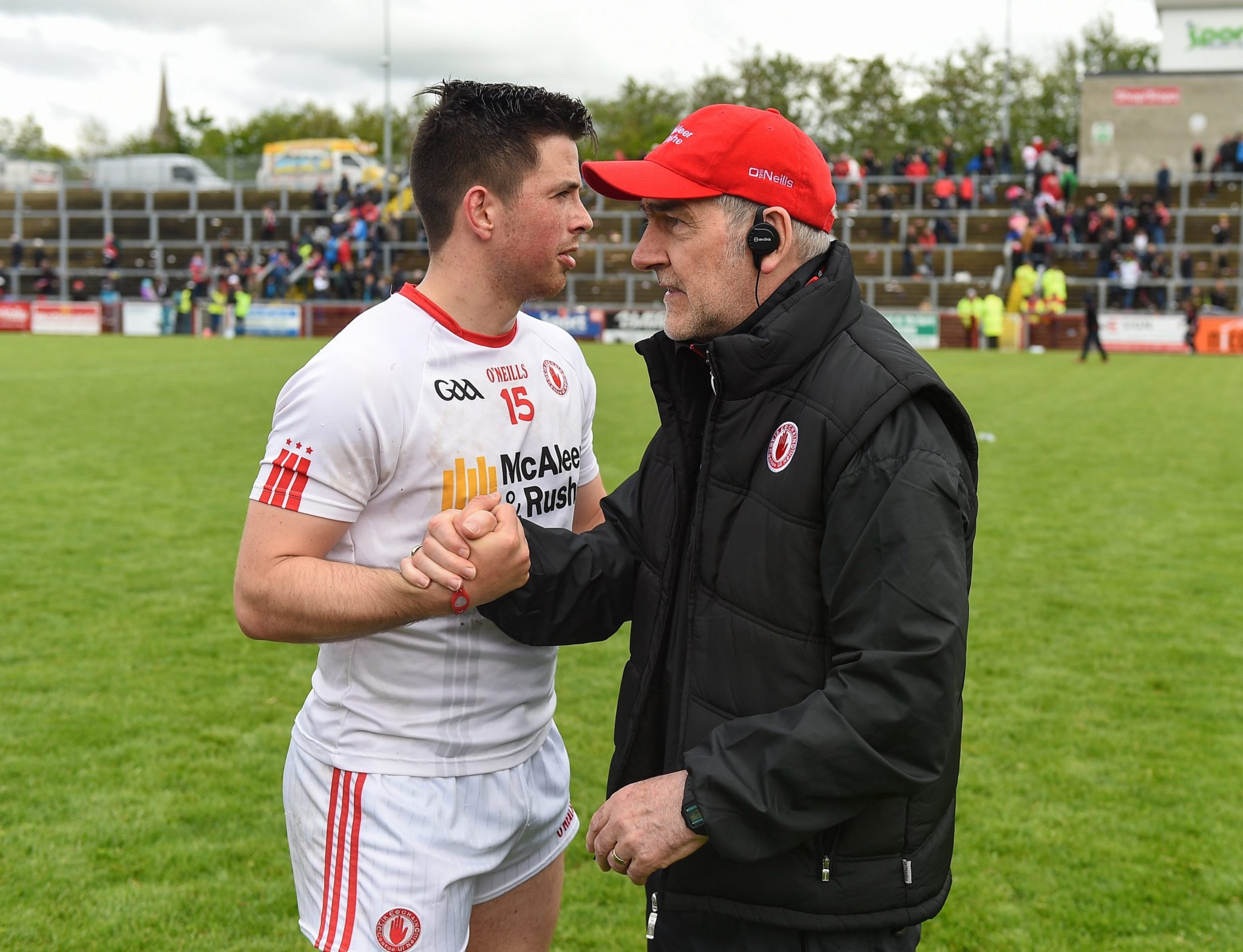 An infrequent starter under Mickey Harte, O'Neill, who chose to leave the panel despite the wishes of his manager, has no major regrets now that he is left watching Tyrone from afar.

"I do miss the boys," O'Neill stated, "because there was such a close bond there in that team.

"[The Ulster semi-final against Donegal on] Saturday was probably the first time it hit home [that I'm not involved].

"I have no regrets, and am very happy where I'm at at the moment.

"I came to the conclusion halfway through the National League that I wasn't going to be part of it anymore, but I didn't want to disrupt things because we'd had two losses and a draw."

Crucially, Ronan O'Neill believes that a spell away from the limelight of inter-county football will afford him the opportunity to resurrect his confidence.

Having not started a Championship game for Tyrone since 2016, O'Neill believes a more concentrated spell with his club Omagh could help him in the long term.

"I just stepped away and will try to get some confidence back playing for Omagh," O'Neill stated.

"Let's see what the future holds after that. I'm happy with my decision, and it came as a sense of relief."