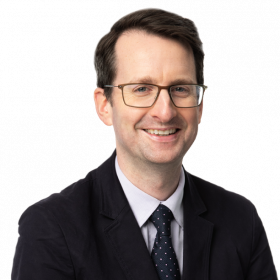 Erling Haaland's agent Mino Raiola has been busy jetting round Spain, gauging interest in his much sought-after client.

Some of Europe's biggest clubs are believed to be preparing bids for the Norwegian striker, who has had an incredible rise over the past 18-months.

Haaland only joined Borussia Dortmund from Red Bull Salzburg in January of 2020, but has been an unqualified success in Germany and beyond.

He's scored 21 goals in just as many Bundesliga games, and has found the net on ten occasions in just six Champions League matches this season.

Haaland is contracted to Dortmund until the summer of 2024, and according to their sporting director, Michael Zorc, "Haaland cannot, does not want to and will not change clubs".

Despite this, his name has been linked with the likes of Manchester City, Chelsea, Barcelona and Real Madrid.

However, the unlikely pairing are busy.

Journalist Fabrizio Romano claims Raiola and Haaland have flown straight from Barcelona to the Spanish capital to meet with representatives of Real Madrid.

Confirmed. Mino Raiola is in Madrid *right now* after leaving Barcelona on a private flight. There is also the Haaland’s father with him.

It's believed they want to hear pitches from the biggest clubs interested in Haaland, before deciding on a possible transfer in the summer.

However, with three years remaining on his deal at the Signal Iduna Park, the 20-year old won't come cheap.

A potential transfer figure of €150million has been touted.

Quite how Barcelona or Real Madrid would attempt to finance such a deal is quite another story. It was reported in January that Barcelona's gross debt stands at €1.173 billion. The net figure is €488million.

At the under-renovation Bernabeu, gross debt stands at €901million, with net debt at €355million.

Dates of June friendlies for Republic of Ireland confirmed by FAI

Leeds complete the signing of Firpo from Barca