Quinn Roux to leave Connacht at end of the season

Connacht have announced that Quinn Roux will leave the Province after seven years when his contra...

Quinn Roux to leave Connacht at end of the season

Connacht have announced that Quinn Roux will leave the Province after seven years when his contract expires at the end of this season.

The 30-year-old South African native joined Connacht from Leinster in the summer of 2014 and has since made 106 appearances.

Roux moved to Leinster in 2012 when Joe Schmidt was at the helm and it was Schmidt that handed the lock forward his Ireland debut on the tour to South Africa in 2016.

Roux won the last of his 16 Ireland caps against Scotland last December.

He captained Connacht on his 100th appearance against Munster in December 2019 but since then has only played six matches for Andy Friend’s side.

"This has been a really tough few months as I made a decision on my future," Roux said in a statement.

"There were a lot of factors at play, but most importantly I had to make a decision that was best for me and my wife Rentus and my daughter Rhemy.

"Rhemy is still very young and we feel the timing is right to go and experience something new as a family.

"I’ve been lucky to work with excellent coaches at Connacht and Ireland, and my thanks to them for all their guidance down the years, as well as the Connacht S&C, medical team and wider staff for their help.

"A special thank you to all the teammates I’ve played with at provincial and international level. I’ve made some life-long friends and it’s been nothing but a pleasure sharing a pitch and locker room with them.

"Having the opportunity to represent my adopted country is something I’ll always be grateful for.

"I’m also very thankful for the support from people close to me over the last few months. The players and people I work with closely fully understand and respect my decision which has made a hard decision somewhat easier.

"We’re really excited about the opportunities ahead, but it’ll also be tough leaving a place we’ve called home for the last 7 years.

"The people of Connacht have been so welcoming and supportive, and I’d like to sincerely thank them for everything they’ve done for me.

"I will miss Galway, but we have a home here that we plan to return to and raise our children. I very much look forward to when that day comes." 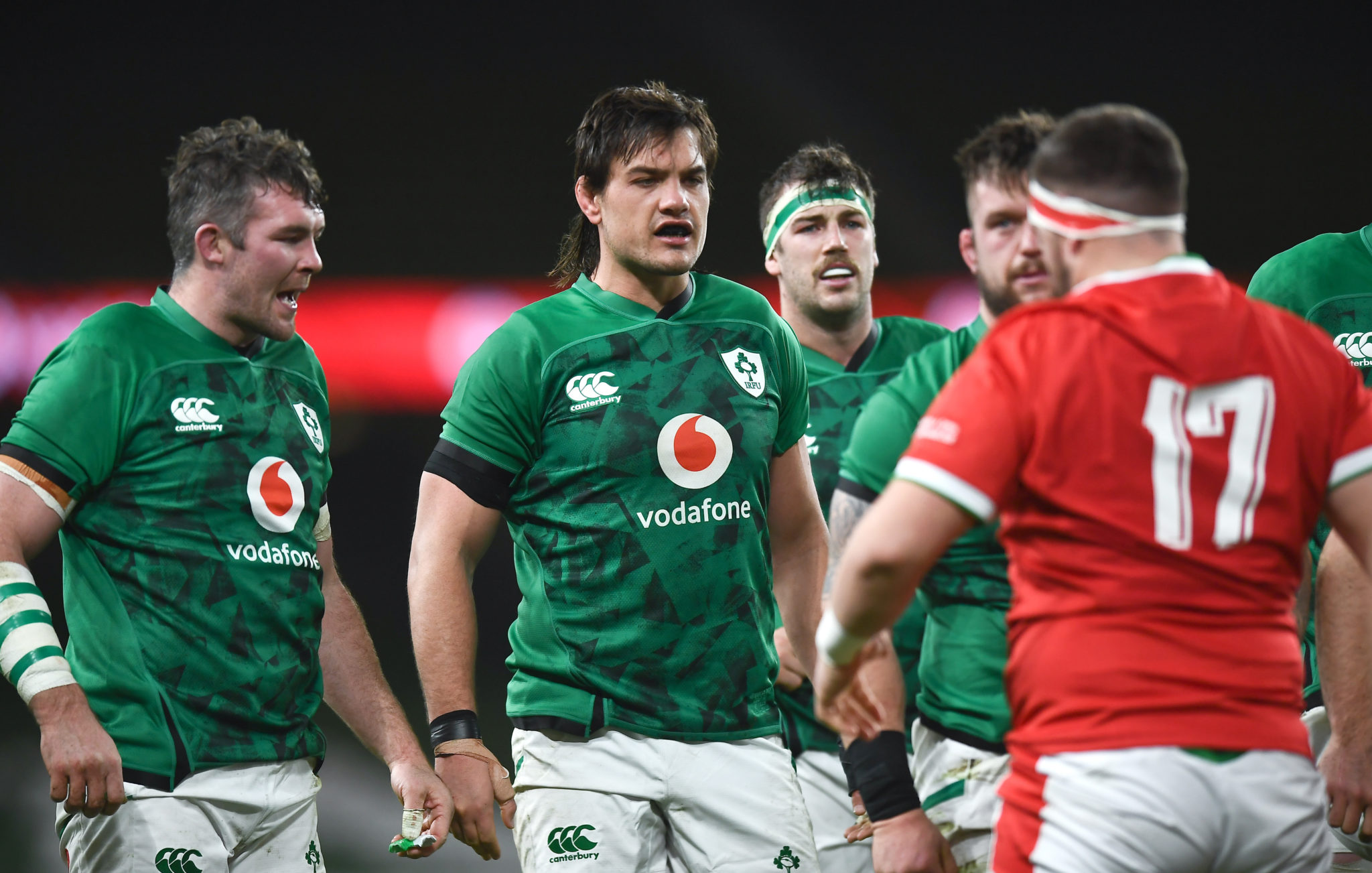 13 November 2020; Quinn Roux of Ireland during the Autumn Nations Cup match between Ireland and Wales at Aviva Stadium in Dublin. Photo by David Fitzgerald/Sportsfile

Connacht Head Coach Andy Friend says they are disappointed to lose Roux, but that the club respects his decision.

"It’s no secret we would have liked to see Quinn stay at the club beyond this season," Friend said.

"We entered into discussions but unfortunately as matters progressed, we were unable to reach a final agreement with him that worked on both sides.

"As a result, Quinn has decided at this stage of his career to explore other opportunities and we fully respect his decision in that regard.

"Everyone at Connacht wishes him and his young family all the very best for the future, and to thank him for his many years of commitment to Connacht.

"He will always be welcome back to The Sportsground.

"We have already begun the process of recruiting a new second row and we will obviously make an announcement about that in due course."

Jack Carty: How I learned to stop worrying and love the game

Blade, Oliver and Farrell among five extending their Connacht stays