Niamh McCarthy has claimed bronze for Ireland in the World Para Athletics Championships in Dubai....

Niamh McCarthy has claimed bronze for Ireland in the World Para Athletics Championships in Dubai.

A world silver-medalist in London two years ago and a bronze-medalist in Doha two years before that, the Cork native was competing in the F41 discus final this evening and it signals Ireland's first medal of the championships.

This latest success comes after Niamh McCarthy enjoyed a tremendous 2018 where she set a record-breaking throw of 31.76 m while winning gold at the European Championships.

A silver-medalist at the Rio Paralympics four ago, Niamh McCarthy's focus will swiftly turn to the upcoming games in Tokyo next year where she will be hoping to secure Paralympic gold. 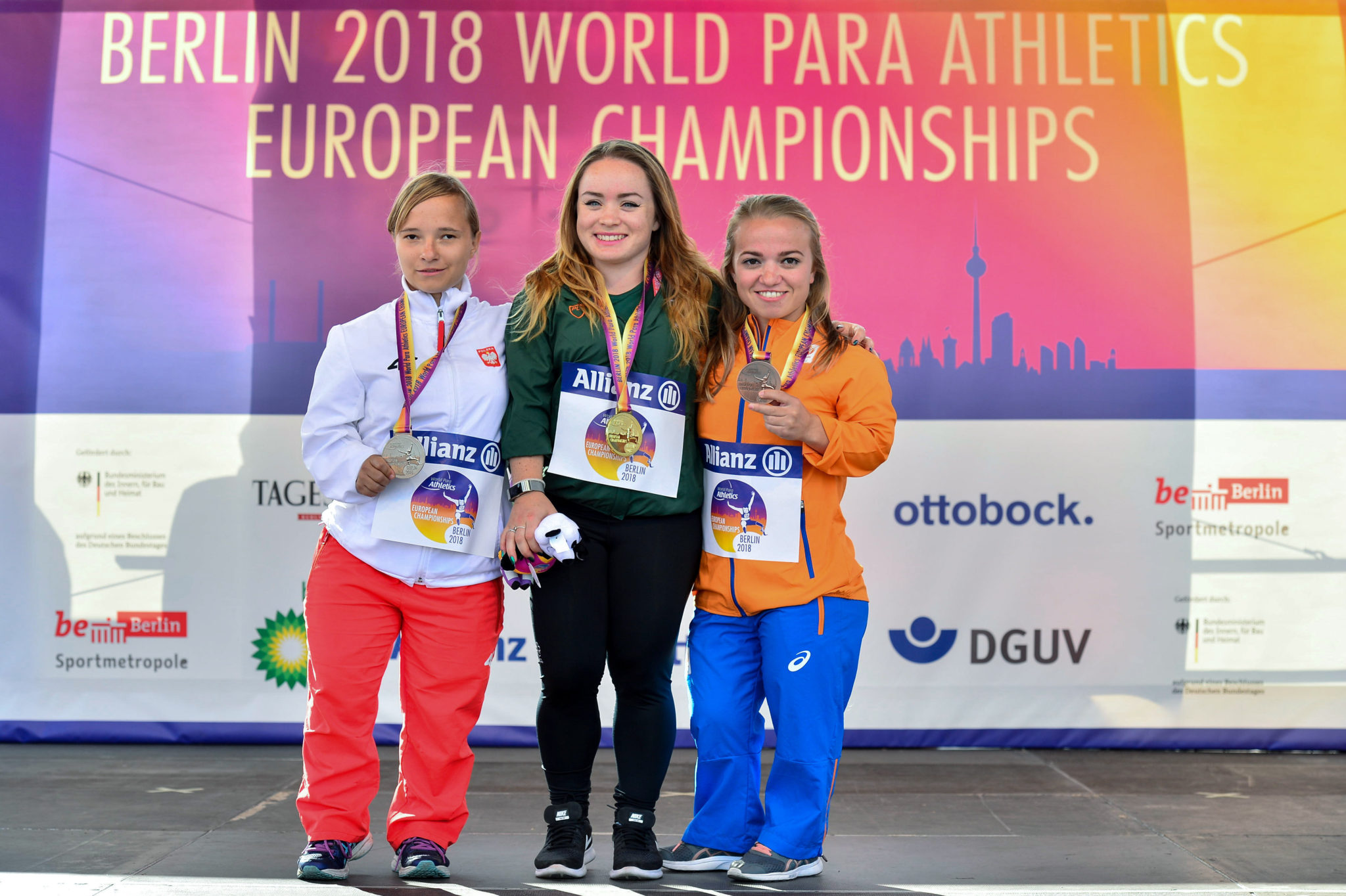 Irish-interest in the Discus began with Noelle Lenihan earlier this afternoon.

Looking to build upon her two silver medals won in the F38 events at the World Championships in London (2017) and Doha (2015), the Cork native ultimately fell short in a highly competitive field finishing 5th in the end.

No improvement for Noelle with her final throw which means that she will finish 5th overall in this mixed class and 3rd in her class. Great effort from Noelle #TeamIreland pic.twitter.com/NWG9FTNXs0

You can watch all the action live here.