Gavin Bazunu feels going out on loan for the last two seasons has helped him to become Ireland's ...

Gavin Bazunu feels going out on loan for the last two seasons has helped him to become Ireland's first-choice goalkeeper.

The Manchester City youngster is at Portsmouth this term after a loan spell at Rochdale last year.

Bazunu has emerged as Stephen Kenny's number one in the World Cup qualifier campaign, ahead of Liverpool's second choice keeper Caoimhin Kelleher.

"My opinion was always game time," the Dubliner said when asked about his desire to play regularly at club level.

"That was most important and it's why I went on loan to Rochdale and now Portsmouth.

"I'm 100% sure that I wouldn't be anywhere near the position I am now without having that backing of games and having that experience and this confidence, just because of the number of games that I've got under my belt.

"For me, playing games is the most important thing." 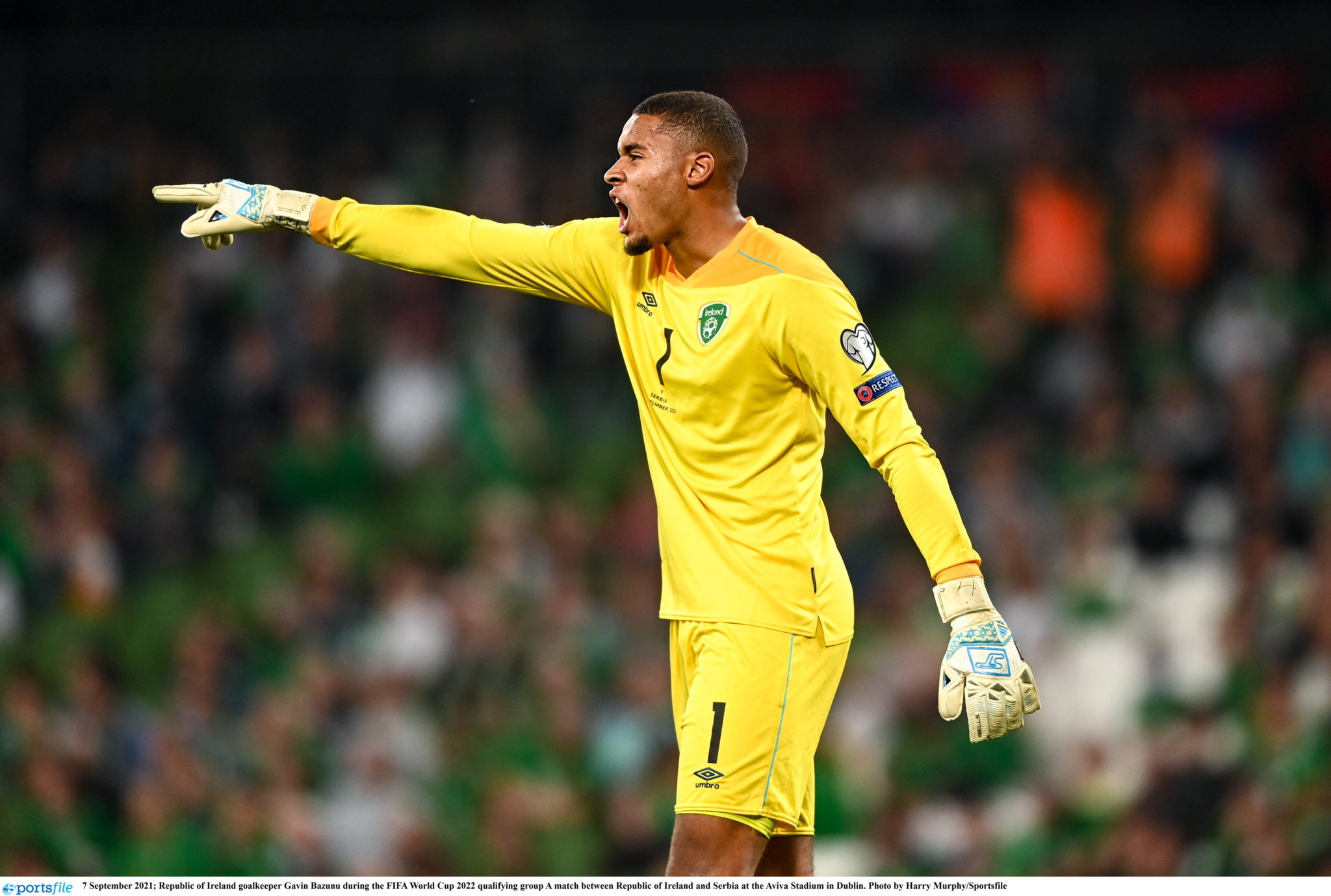 Bazunu is contracted to Manchester City until the summer of 2024 and he says he'll speak with the Premier League champions next summer about whether they want to continue his development on loan or integrate him into their first-team squad.

"I've not made a decision on that yet but my priority will always be to try and get as many games as I can, because at the end of the day I don't want to be sitting on the bench, I want to be out playing week in, week out if possible.

"But if the best thing for me is to be in or around the squad learning every day and training with Xabi, if that's my best opportunity to become Manchester City number one then I'd have to consider that in the future.

"Going out on loan, you get a chance every week to prove yourself and to be in the manager's eye, and the goalkeeping coach's eye, for them to see you and to continue to back up performances."

Kelleher to start against Qatar but Kenny rules out wholesale changes