A motion proposing a change to the selection process of the Kerry captain for their senior footba...

A motion proposing a change to the selection process of the Kerry captain for their senior football and hurling sides was defeated last night at a county board meeting.

Currently. the county champions nominate the captain each year, with the motion suggesting management teams should have the say from 2021 onwards.

That plan edged the vote by 50 to 48 but was defeated as it did not receive the needed two-thirds majority.

A statement from Kerry GAA after the county board meeting last night confirmed the outcome, after the motion had been proposed in advance by the Beaufort club.

"The Motion results: In favour 50, Against 48 - as the motion required a two-thirds majority the motion is therefore defeated." 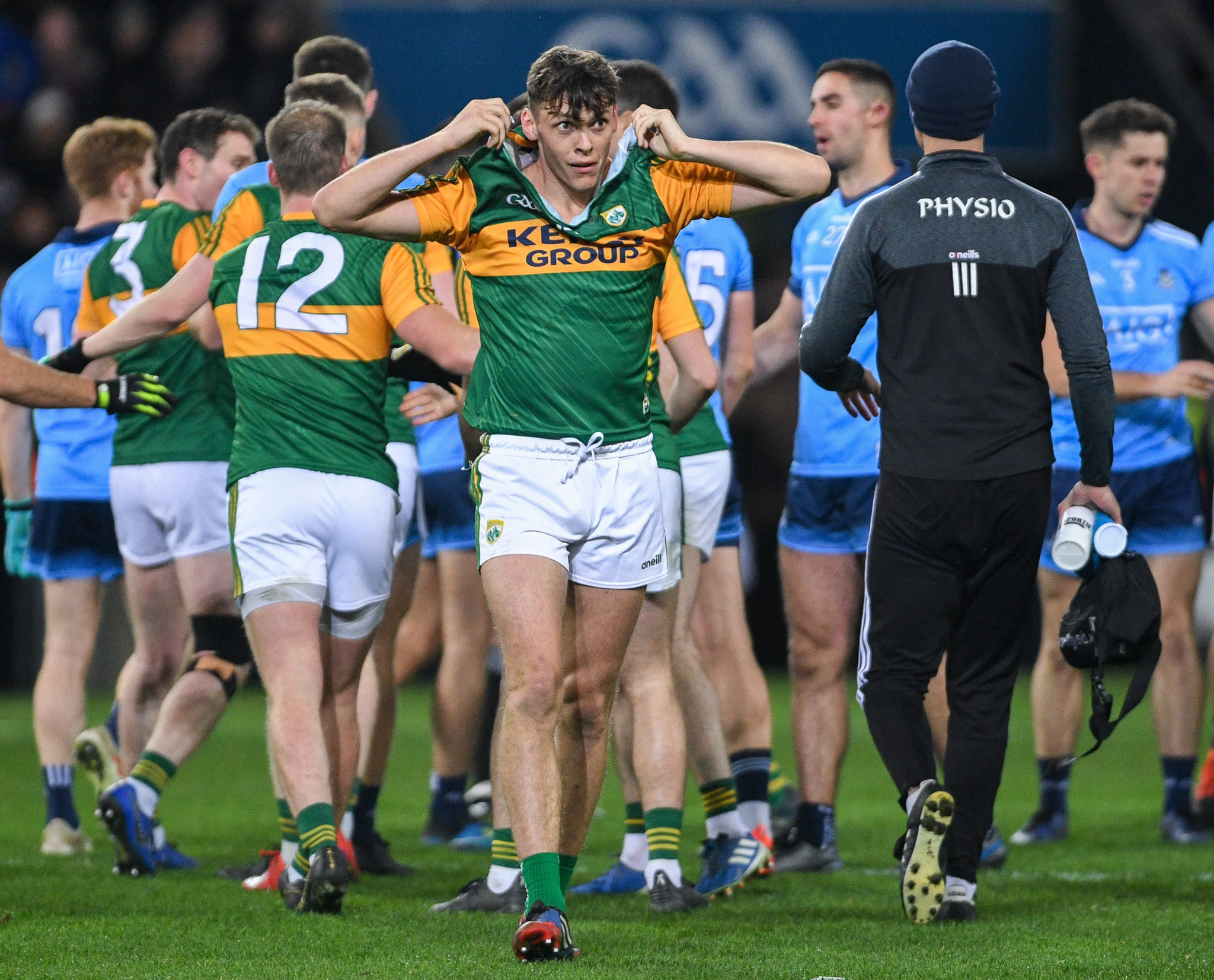 25 January 2020; David Clifford of Kerry leaves the pitch following a tussle at the final whistle of the Allianz Football League Division 1 Round 1 match between Dublin and Kerry at Croke Park in Dublin. Photo by Ramsey Cardy/Sportsfile

Twenty-one-year-old David Clifford, a county championship winner with East Kerry, was last month named as Kerry captain for this season.

The Fossa man played a crucial role in the Kingdom's opening Allianz Leagues draw with Dublin at Croke Park, before Peter Keane' side saw off Galway by a point at the weekend to make it three points from their opening two games.

Speaking on Tuesday's OTB AM, former Meath star Anthony Moyles suggested Clifford could do without having the added burden of captaining his county at such a young age.

"He is a fella who is massively going to be in the spotlight this year and probably for many years to come.

"He is a guy who is going to be targeted by every single team that he comes up against.

"I don't know the guy personally and he seems like a mature fella who has taken to the senior game well, but at the same time captaincy is a very, very, very different role.

"Personally, I think he already has enough on his plate and I would have preferred that they give it to a more seasoned campaigner."