We've seen 17 of the 20 teams so far at the Rugby World Cup, with just Uruguay, Canada and the US...

We've seen 17 of the 20 teams so far at the Rugby World Cup, with just Uruguay, Canada and the USA set to feature over the coming days.

Thursday morning will be the first chance for Irish audiences to see our exiles at the 2019 tournament, but we have already got to see two players with past links to south Dublin.

Russia captain Vasily Artemyev may have been born and bred in Zelenograd, but the country's record appearance holder won a Leinster Schools Junior and Senior Cup as a student in Blackrock College, having gone to the school to improve his English during the Russian equivalent of Transition Year.

It's one of two Blackrock links to the opening game of the tournament last Friday - veteran Japan second row Luke Thompson had a brief stint in the All-Ireland League with Blackrock College RFC during the earlier stages of his long career.

But this Thursday morning, a number of our rugby ex-pats will feature for the USA and Canada, who begin their pool campaigns against England and Italy respectively.

The USA squad to take on England on Thursday morning (11.45am Irish time) sees four Irish born players in the matchday 23, two starting with two more on the bench.

Outhalf AJ MacGinty and flanker John Quill are among head coach Gary Gold's most experienced players in his side. Both featured in the disappointing 2015 World Cup campaign, with Dublin-born MacGinty qualifying for the country on residency, before eventually winning a Pro 12 title with Connacht later that season, leading to a move to the Premiership with Sale.

Quill - who spoke to Off The Ball's Land of the Rising Scrum last month - has been a regular fixture in the Eagles' line-up since 2012, having been qualified to represent the USA through his New York-born mother. The former Munster academy back-row grew up in Youghal, before playing All-Ireland league rugby with Dolphin, and is currently on the books at Rugby United New York.

There's also Irish interest in Canada, with two Irishmen vying for the number 10 jersey. Ulster's Peter Nelson starts at outhalf for Thursday's opening game against Italy, while Shane O'Leary is also a part of their matchday 23, having been a Canadian international since the under-20 grade. 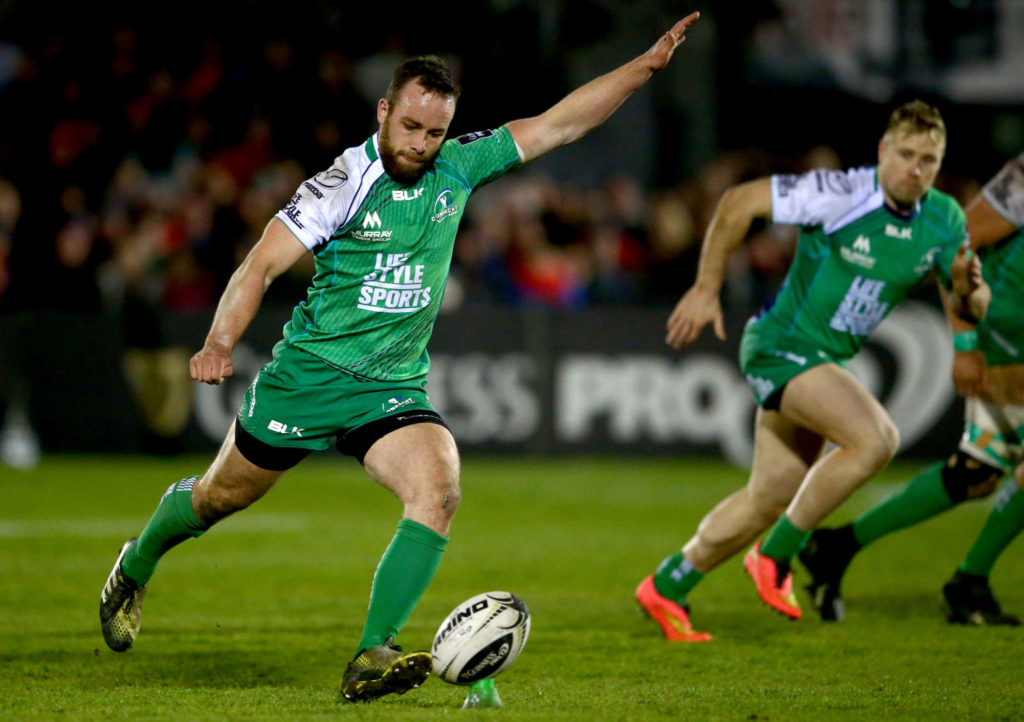 Like MacGinty, O'Leary was also a part of the Connacht side who lifted the Pro 12 title in 2016, and is currently among a large Irish contingent with Nottingham RFC.