Matt Doherty confident that things will click for Ireland in Bratislava

Republic of Ireland defender Matt Doherty says it would be "pretty special" to qualify for next s...

Matt Doherty confident that things will click for Ireland in Bratislava

Republic of Ireland defender Matt Doherty says it would be "pretty special" to qualify for next summer's European Championships.

Stephen Kenny's squad have trained in Bratislava today ahead of tomorrow's Euro 2020 Playoff semi-final against Slovakia with Doherty set to start at right-back in the absence of injured captain Seamus Coleman.

The Spurs defender says he's settling in well to life in North London at club level, and insists that Ireland will go into the game with a positive approach as they look to set up a final against Northern Ireland or Bosnia next month.

And having seen his Tottenham teammates recover from going behind early on before beating Manchester United last weekend, Doherty says Ireland won't panic if they go behind tomorrow.

“Worst-case scenario, you go a goal down, it's not the end of the world. It's a 90-minute game, which is a long time, so I think there are enough of us in the squad that have enough experience to not panic.

“None of us would panic at club level if we were 1-0 down. All of us would be saying to each other 'let's stay in the game and see what happens'.

“So I don't think anybody would be panicking if that is the case.  Hopefully it's not, but if a situation like that does happen, I don't think there'll be panic buttons getting pushed around anyway.

“We know we have the quality and ability to go and create goals.” 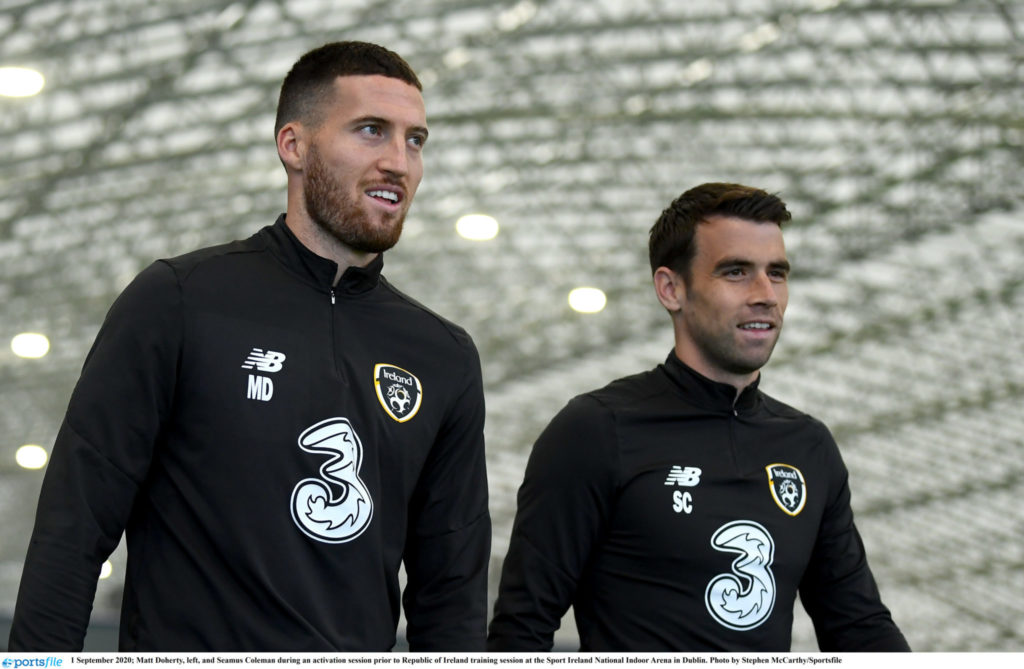 The 28-year-old Dubliner played in both of Ireland's Nations League games against Bulgaria and Finland last month and says it was difficult for the players to hit the ground running after only a few days to prepare under their new management.

“There was many reasons why the games were the way they were last time. I don't think we'll be getting that type of performance again.

“The first camp was a bit difficult. A lot of us came in with no training really. I know a few people might have had a few training sessions, a few games.

“Myself, I had absolutely nothing at all going into the games. Playing 90 minutes, you're absolutely shattered afterwards.

“Hopefully, it’ll click for us tomorrow night, but things aren’t going to be drastic. That first camp, there were a lot of factors to take into account on that one — the lack of game time, training and the lack of time together.”

"He’s a serious guy. I like him" - Conte singles out Doherty for praise