Anthony Joshua has spoken about his desire to fight either Deontay Wilder or Tyson Fury next year...

Anthony Joshua has spoken about his desire to fight either Deontay Wilder or Tyson Fury next year, after he reclaimed his IBF, WBA and WBO titles from Andy Ruiz Jr in Saudi Arabia on Saturday.

WBC champion Deontay Wilder is scheduled to have a rematch with Tyson Fury on February 22nd.

Speaking on the Zoe Ball Breakfast Show on BBC Radio 2, Joshua said he is keen to take on the winner of that bout in 2020.

"It has to happen in 2020, we're in the same division, same era, if these guys want to make history, especially Wilder because he has the last belt.

"I feel like it's 'Lord of the Rings', the last ring, let's get it on, let's make history.

"We created history by becoming a two-time champion of the world and I feel like we can add to that legacy in 2020."

"If I don't fight those guys I'll have to give up my belt and I'd rather fight to defend them." 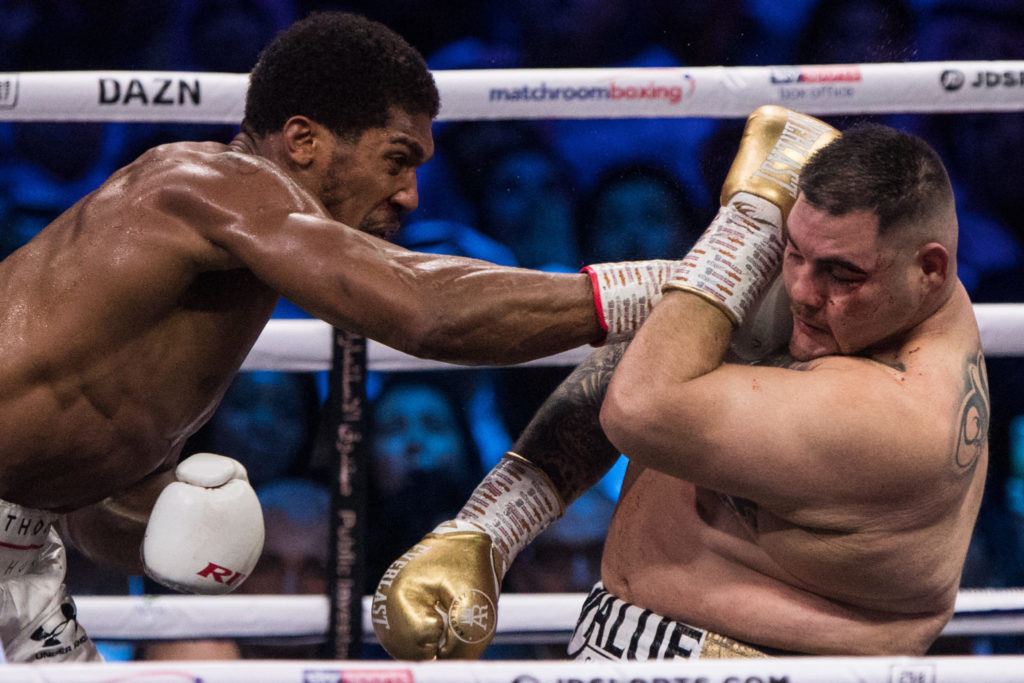 Joshua also said he doesn't want to get too carried away with celebrating, an excuse Ruiz Jr used after his defeat last weekend.

"So I don't want to get too carried away or look too far ahead. I feel like when I'm an old man sitting in front of the fire with the grand kids I'll be telling them all about it! But at the minute I'm just focusing."

The London fighter also spoke about the fight with Ruiz, and how he was intently focused on keeping his concentration throughout.

"I feel like intrinsically, that motivation is always there. Mentally I had to really develop - I have some good coaches that I work with... when I was going through the fight I just kept telling myself to trust the process.

"There were times I wanted to get involved and make it a slug-fest but I had to go back to the process of following the steps... I followed the protocol."