Belfast boxer James Tennyson has been added to the undercard for the middleweight title bout betw...

Belfast boxer James Tennyson has been added to the undercard for the middleweight title bout between Billy Joe Saunders and Martin Murray.

The 27-year-old will face Josh O’Reilly in an eliminator for the WBA Lightweight world title at the SSE Arena, Wembley on December 4th.

Tennyson impressed in his last outing with a sixth-round stoppage win over Welshman Gavin Gwynne to claim the vacant British Lightweight Title. 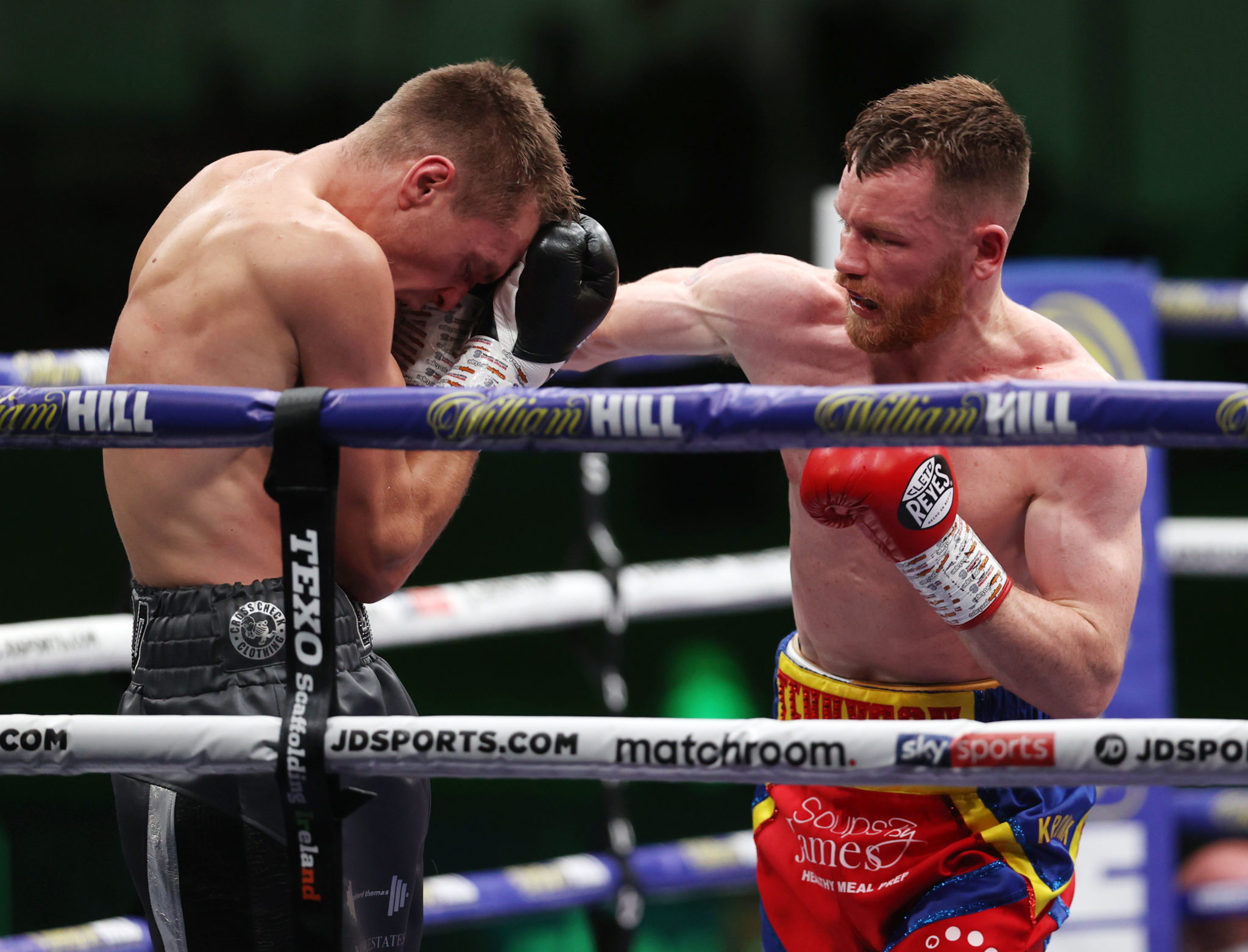 His Canadian opponent O’Reilly is undefeated in 16 fights since turning professional in July 2014 with six of those wins coming inside the distance.

Tennyson has won his last five bouts since his defeat to Tevin Farmer in their IBF World Super Featherweight title fight.

He has looked so much better since stepping up in weight and next month's fight is another opportunity to get himself in contention for another world title shot.

"I've been grafting away with Eddie [Hearn] for over three years now and it has been an incredible journey, and while I’ve collected British, Commonwealth & European Titles, I feel I'm only getting warmed up," said Tennyson.

"I want the full deck, so I am continuously prepared to go deep until I get the world title.

"Josh O’Reilly is undefeated and a great test for me, he is ranked 8 with the WBA and is their North American Champion, I am number 10 and the WBA International Champion, so we both have a lot to gain and it is a great achievement for us both to get this far.

"While it is pretty amazing to be out twice this year in big fights given the current climate we are living in, I’m getting pretty fed up with hearing these American's names being thrown about as the next big thing.

"I would take Yuriorkis Gamboa out in a few rounds and after the O'Reilly eliminator, I want to be headlining bills."